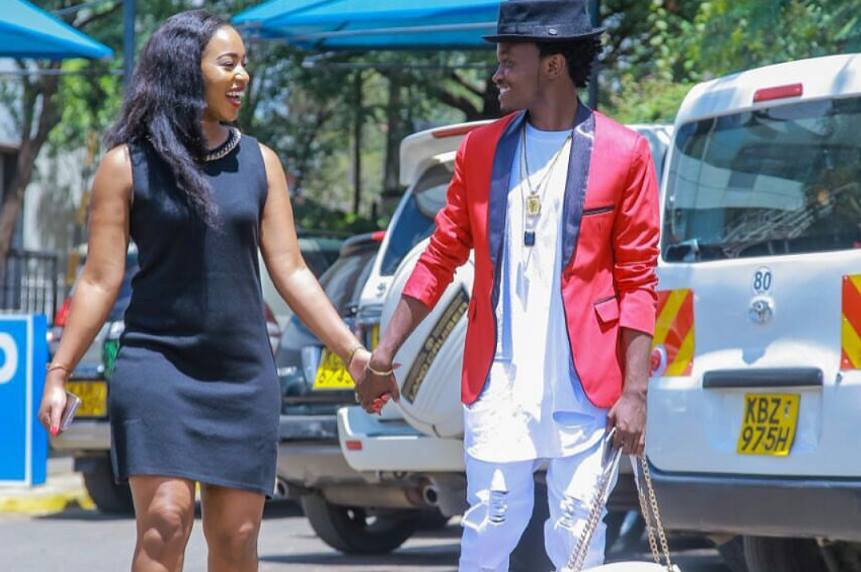 Bahati’s prayer partner Diana Marua shot to fame after she was featured as a bride in Bahati’s song ‘Mapenzi’ which was released in August 2016.

The lass has since carved a name for herself in Kenyan showbiz ever since ‘Kumbe Kumbe’ singer introduced her as his prayer partner.

But how much does the public know about Diana Marua? Ghafla! has been digging for information about her for the past few months and we were able to extract both positive and negative things about Ms Marua; we will only focus on the positive- at least for now.

Below are the 6 things you need to know about Diana Marua:

1.Diana is a daughter of a prominent cancer advocate

Diana Marua comes from a family that is well known for cancer advocacy in Kenya. Her father Joseph Omach is a leading figure in the fight against stigma for cancer patients.

Mr. Omach is the founder of Childhood Cancer Initiative, a non-governmental organization (NGO) founded in 2009 with the aim of making a contribution of lessening the burden of childhood cancer in Kenya through the provision of patient-care support for the needy.

Bahati’s prayer partner is Luo. Her father is from Migori County.

The longest relationship Diana Marua has ever been was with former KTN anchor turn Bamba Sport anchor Nick Mudimba.

Diana dated Nick for 4 long years- from 2012 to 2015. The two lovebirds were cohabiting before their relationship hit rock bottom.

4.Diana dated several people after the breakup with Nick

After breaking up with the former KTN anchor, Diana Marua dated several people.  Some of her relationships lasted for only a month; she never settle down well after her break up until she met Bahati.

Diana loves attention, she likes hooking up with people who are in the limelight – as evident with her relationship with the former KTN anchor and now Bahati.

6.Diana Marua is older than Bahati