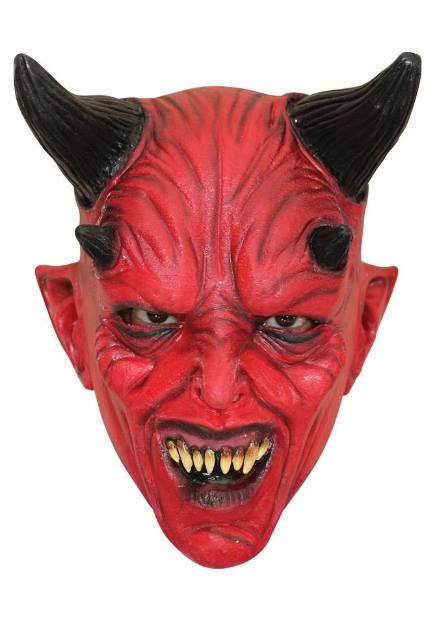 In a Country as dangerously spiritual as Kenya,where everything is measured from a spiritual perspective,where the names of Deities have to be invoked in every development or misfortune,rumors of devil worshiping abound. Africans mostly relate massive wealth to the worship of Satan and as we grew up,we were told of many fables of so and so being a Devil Worshiper going by their astounding wealth,how quickly they had acquired it and how they seemed invincible.

Across the Kenyan society,many individuals have shocked and wowed many by their incredible material possessions,their grand lifestyles and almost god-like existences. And as per tradition,Kenyans,for lack of better translation,have always equated these people to Devil Worshippers and they’re never short of stories and suggestions proving so.

Most of the people prone to these dubious allegations are successful young entrepreneurs,sudden millionaires,secretive power brokers,Church leaders with a cult-like following and super successful business men and women who very little of known of them or the nature of the business they do.

Given that we are a society that must talk,that must exchange unhealthy banter and that must spread fishy gossip,then you can never really be free from these claims.

Africa has also been socialized to believe that the Devil is in most cases responsible for sudden fame and fortunes and with a little sacrifice,a little blood and a little trip to some private office along the Indian Ocean,you can be on your fabulous way to untold wealth,massive success and runaway stardom.

So,who are the Kenyans that have been numerously linked to the Worship of Satan? Owning to their great success,stupendous wealth and splendid lifestyles? Let’s explore.

Just some few years ago,Charles Njagua,popularly known as Jaguar was just some simple Kapuka singer with a measly fan base and little or no radio rotation. He wasn’t even among the Top Five of Ogopa Deejay’s top artists. He was just another singer affiliated to Ogopa Deejays with some not-so-memorable songs. And then all of a sudden,Jaguar went super rich! He did a song that ruled the airwaves for two years straight. He followed it up with more and more hits all of which sounded the same but still wowed masses. He seemed to have hypnotized the whole nation. He seemed to have cast a spell on the Country. He started becoming untouchable. Started hanging out with the best of the best. Entered the most secretive social circles in Nairobi. Befriended the President. Started partying with the Nairobi Senator and drove the city wild. His wealth too grew tenfold. And despite the fact that the Kenyan music industry could never make any man that powerful and rich,Jaguar kept flying higher. He claimed to be a businessman whose businesses no one knew about. And that’s when stories of his dalliance with the Devil started. Obviously,that’s just a rumor but there’s millions of Kenyans Who still believe that Jaguar is either a Devil Worshipper or a Drug Kingpin.

Where Jaguar is,Prezzo shall be. Prezzo’s past is riddled with all manner of accusations, some true some false. This is also a man who has loved probably the most atrocious and hedonistic lifestyle of any Kenyan man ever. His tattoos too have left alot to be desired. It’s been said his wealth stems from his late Dad’s herbal clinics but not everyone believes that. Prezzo has had the roughest and the most controversial run of any Kenyan rapper ever. His association with God seems undetectable and largely undocumented. Couple that with the sudden death of his Nigerian ex-BBA girlfriend Goldie and the rumors can only get stronger. Obviously,no one can prove them to be right. But still… The talk goes on…

The single biggest reason why anyone would link the good DJ and accidental sex tape star to Devil Worship,is the way he prefers to take his photos. DJ Creme has over a million photos of him on the Internet striking the same pose ; his hand over one side of his face,with the middle and thumb fingers forming a circle around either eye. With the rest three fingers erect above the eye. The hand sign has been largely associated with Devil Worship and Mr. Creme has never quit using the hand sign in his photos. Or bothered addressing the rumors.

No Kenyan celebrity has given more credence to these allegations than Number Nane Rapper Octopizzo. Infact,Octopizzo’s whole career has been branded from a satanic point of view. He’s made videos and songs and perpetuated imagery that leaves very little to the imagination. It’s been said he is associated with Internet conspiracy network,Illuminati,and he’s either laughed off the allegations or fuelled the rumor even further. Octopizzo’s Ivo Ivo video,too,had all the Devil Worship symbolism and witty fans even corrupted the title from ‘Ivo Ivo’ to Evil Evil. Octo actually seems to encourage the rumors and hasn’t even gone forward to shut them down anyway. His association with the Almighty God has also been highly in doubt leading fans to do some very wild guesswork on his Spiritual Allegiance. Evil Evil…

He’s indefatigable,invincible,daring,massively popular,incredibly wealthy and blindingly endowed. Nothing seems to faze him. He could buy off an Arabian Desert. He owns property that would put an Abu Dhabi Emir to shame and he is said to be the single largest financier of the ODM juggernaut. There are rumors too that the signature ‘Bakora’ that Muthama carries around posses the dark powers he needs for survival and to remain the Best. Unproven claims. Still,they abound.

He’s the silence mist secretive Kenyan in history. There are claims that no one knows his home and that he lives in the middle of a huge man-made forest in which nothing else exists except him. There are rumors that no one can access his palatial mansion and that he owns half of Rift Valley. The fear he evokes in Rift Valley is similar to the fear of ogres and mythical beasts of the ancient ages. His life is a mystery. And his fabulous wealth a fable. They didn’t call him Total Man for nothing.

Him and pretty much all other Televangelists have been linked to Devil Worshiping. But him the most. There are claims that the people who’ve been killed and shed blood through his dangerous driving are usually sacrifices of Nganga to his Devils. He has the following of an Indian hypnotist. And seems to command his congregation like a god. There are many dirty rumors about him that just won’t go away. Many claims of his dirty dances with Satan in the mid of the darkest nights. Hmmm….

Ask Robert Alai. He’ll explain it better to you.

This is the shadowy saxophonist who stormed into the limelight in 2009 after he was busted for running some cult-like Church in the heart of Runda that has a very suggestive name; Finger of God. He was said to be a hypnotist as well and that he would ensnare the innocent into his cult and manage to corrupt their minds and capture their souls. He famously dragged Esther Arunga from her TV job to the dark alleys of his suspicious organization. And in his hands, she even broke off her engagement and descended into an unprecedented age of mental instability with the aid of her equally deranged husband,the psychotic Quincy Timberlake.

Didn’t we all grow up with these rumors? That Mzee was a Devil Worshiper? And that his Rungu ya Nyayo possessed secret dark powers? That enabled him to run the Country, escape trouble,remain beloved and expand his empire? The Moi is a Devil Worshiper rumors abounded for all my childhood. I heard them everyday. Every fuckin day. Phew!

There you have it. Now, can we all get back to Praising the Lord? And earning money legitimately? Oh,and minding our business? Yes!