WASSCE Candidate Burnt To Death During Prayers For Exam Success 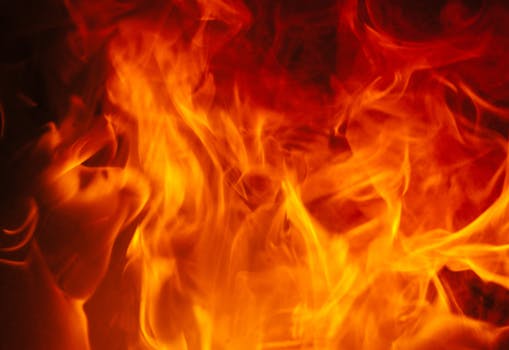 A West African Secondary School Certificate Examination (WASSCE) candidate has burnt to death during prayers for her success.

According to reports, she went for prayers on 1st April 2018 to enable her pass the on-going West African Secondary School Certificate Exams (WASSCE). She was in the company of her parents and siblings.

However, Prophetess, Efua Eguawaa in praying for her is reported to have smeared the victim’s body with anointing oil. She also gave her a candle to hold as she performed some rituals.

But in the course of the rituals, the lit candle came into contact with the girls dress.

Unfortunately, things turned sour and the fire spread rapidly due to the oil on her body setting her ablaze.

She was rushed to the Our Lady of Grace Hospital in Breman Asikuma when the fire could not be readily quenched. However, they later transferred to the Korle Bu Teaching Hospital where she passed on.

Prophetess Efua Eguama, 45-year-old is said to be the leader of the African Faith Church at Breman Bedum. This is where the girl and her parents had one for prayers.

She’s reported to have been arrested by the Asikuma Police and she is currently helping with further investigations.

He said the prophetess absconded after the incident. But the police was able to arrest her with the help of some community members. and she is currently helping with investigations.