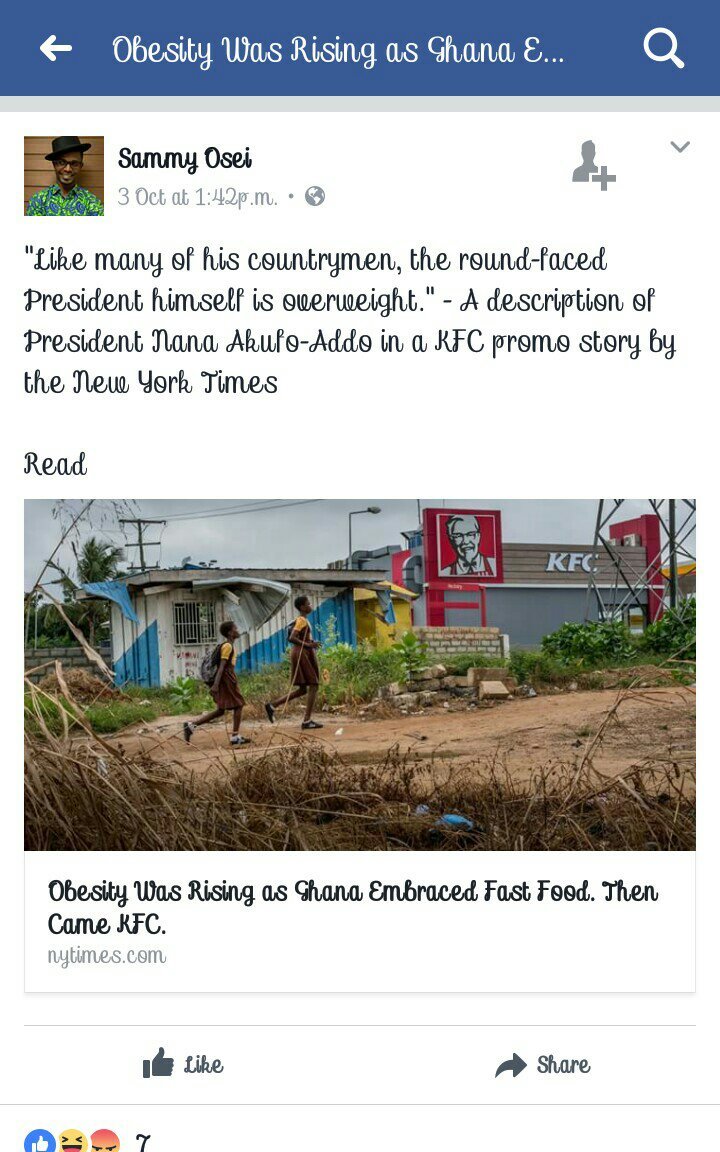 “If you want to hide something from a black man put it in the form of writing’, until now I used to believe that this saying was true about blacks but a current occurrence has made me realized that this saying, if was any moment true is now archaic.

On October 2, 2017, an article was published by the American News Site, The New York Times titled ” Obesity Was Rising As Ghanaians Embrace Fast Food. Then Came KFC” has stirred up anger among many Ghanaians who took to social media to express their anger and displeasure at a particular phrase that caught their attention.

“Like many of his countrymen, the round-faced president himself is overweight” was the particular part of the article written by Dionne Searcey and Matt Richtell on nytimes.com that has provoked many of Ghanaians.

This part of the article did not fall at the first, second or third paragraphs but is located somewhere almost getting to the concluding part and if Ghanaians and Blacks for that matter, were able to read an article that exceeds 32 paragraphs and noted something to their displeasure then as stated at the beginning of this article, one can no longer hide anything from a black man by way of putting it in writing anymore.
Below are some of the responses of some Ghanaians on social media in relation yo the NYT article.

The article sought to look at the causes of obesity and based their research on Ghana’s own franckise of  America’s Kentucky Fried Chicken (KFC) not only insult the president but also stated that “In Ghana, KFC isn’t just food. It’s a social status” did not go down well with many Ghanaians as they took to social media to express their displeasure and as well educate the NYT better.

Below are some of the social media comments about the article: 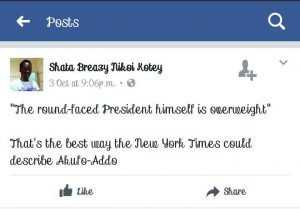 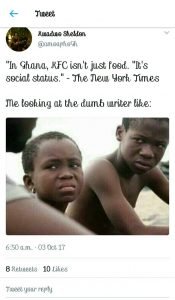 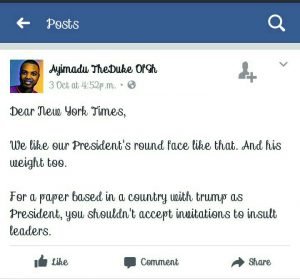 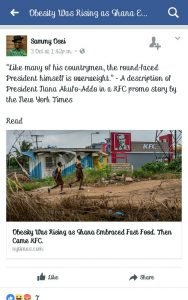