‘INSIDE LIFE’ Movie To Be Premiered On April 10 At Serallio 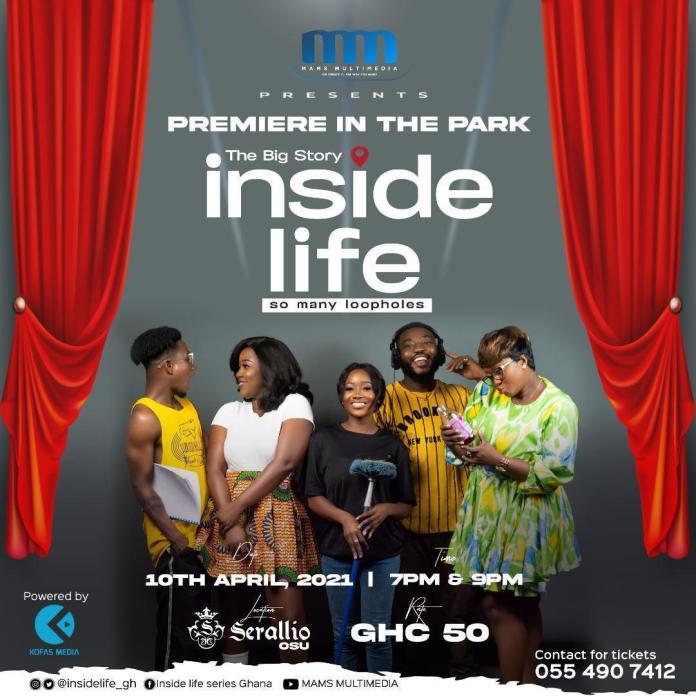 One of the most captivating movies yet-to-be-released will be premiered on April 10. The movie is dubbed,

INSIDE LIFE. The movie will be premiered at Serallio, Osu.

While on the trip, they got trapped in an AirBnb apartment and this was after one of them got implicated

while on their way to the apartment.

The movie’s production credit goes to Horla Manuvor Jnr. Some of the notable names in the movie are

The producer is the brain behind the most prominent web series in Ghana, Whats Up. Movie lovers should anticipate a mega experience as the producer’s previous works are epic.

The ‘Whats Up’ is about the lives of six young adults and how they met each other through social media.

The series highlights the youth’s acceptance of social media and how relationships are built through online acquaintances and additionally, emphasis is laid on how useful social media can be used for good and not just fun and entertainment and so far, five seasons have been produced with the response from movie lovers being quite positive.

‘INSIDE LIFE’ Movie To Be Premiered On April 10 At Serallio

Saa Boy No! Shows Off His Versatility On “ Gengster Love Freestyle”