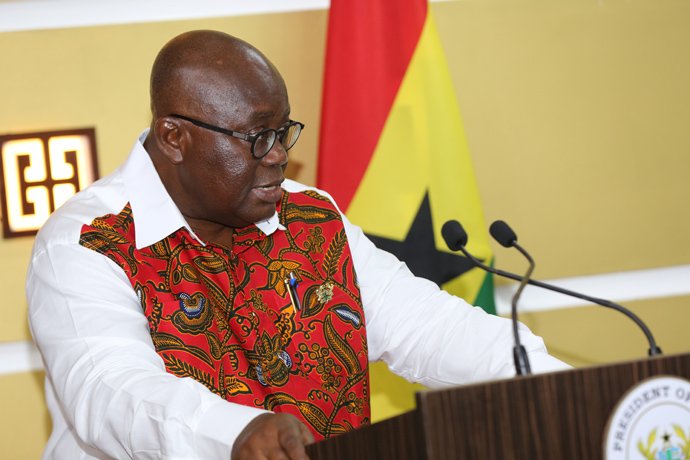 To all the holiday lovers, here’s a new one to add to your calendar.

Government has officially declared Monday, January 7, 2019 as Constitution Day and will be observed as a public holiday nationwide.

A press release dated December 27 and signed by the Interior Minister, Ambrose Dery has stated.

Earlier this month, legislation was laid in parliament on government’s proposal of new holidays to be observed in the country.

Government sought to amend the public holiday Act 2001 (Act 601) with the introduction of the ‘Constitution Day’ which falls on January 7 every year.

The amendment also proposed that the Africa Union day, marked on May 25,

and Republic Day on July 1 be made commemorative days.

January 7, 1993, was the day the current Constitution came into force for the Fourth Republic of Ghana. This, however, was after its approval at a Referendum held on April 28, 1992.

January 7 is also the day new Heads of State are sworn into office. The memo from the Interior Ministry said it was worth setting aside January 7 as Constitution Day “to acknowledge our collective efforts as a country in ensuring that the tenets of democracy, the rule of law and the principles of constitutionalism are upheld.”

Meanhwile, the Minority in Parliament is also mobilizing a broad-based coalition to put pressure on the government to withdraw the Public Holidays Amendment Act.

According to Minority Spokesperson on Foreign Affairs, Samuel Okudzeto Ablakwa, the latest amendment amounts to disrespect of the legacy of Dr Kwame Nkrumah, Ghana’s first president.

The North Tongu MP, in a Citi News interview with Duke Mensah Opoku said the minority will vehemently resist the attempt by government to have the holidays changed.

“It is important to serve notice to the government that the Ghanaian people will not be insulted. Our history will not be revised. We will not accept this fascist, familiar attempt to revise the history of our country.

witnessed nor experienced. There is going to be a series of resistance.

There are some things you will not touch. We would have thought that Akufo-Addo

will stay on his manifesto promises which he has so far failed to deliver on. The abysmal performance that he has so far exhibited,” he said.