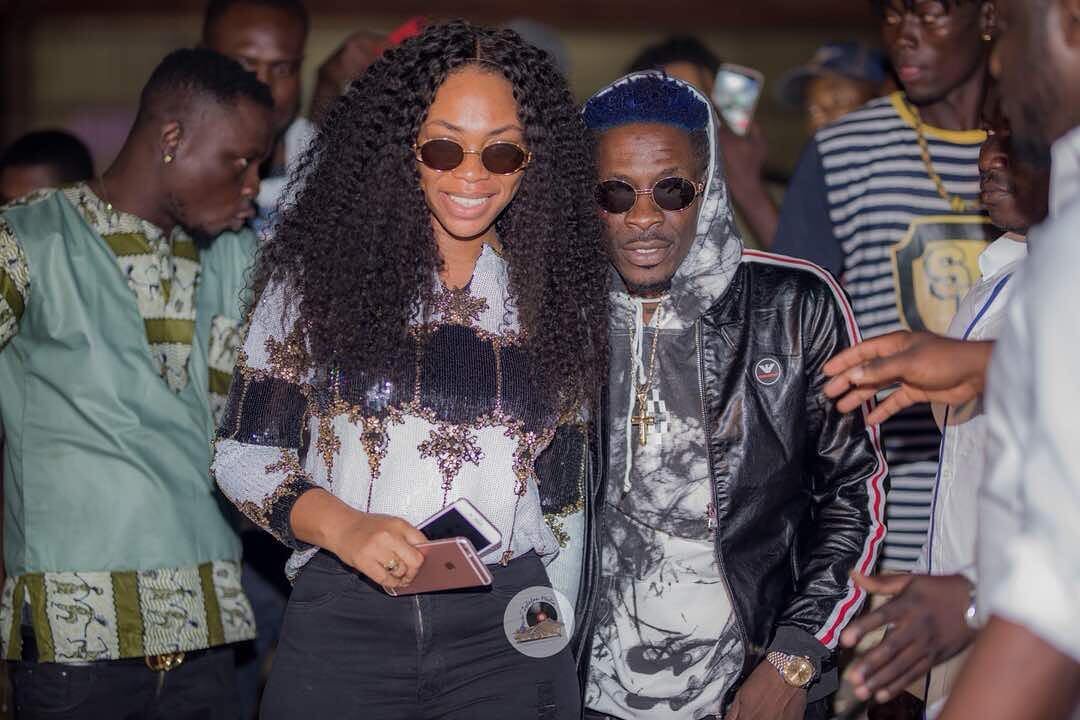 It’s been days now since rumors of a break up between dancehall act, Shatta Wale and his longtime girlfriend and ‘Baby Mama’ started making headlines.

It has been widely publicized that there’s chaos between the SM King and queen if their social media posts are anything to go by.

The two have been throwing jabs at each other on social media. Not being the first time of engaging in such act, many have rubbished their “break up” story, stressing it’s just a mere stunt to arrest the attention of fans.

Shatta Michhy in series of posts revealed not only does Shatta Wale beats her whenever he wants, he has pulled a gun on her 3 times.

The rumor mill went overdrive when Michy changed her Instagram profile to ‘single and free from oppression’. She has also changed everything affiliating her to the “Shatta Movement” empire on her social media handles.

But Shatta Wale has finally broken his silence about the rumors. Shatta Wale has described the current status of his relationship with Shatta Michy as “a bit coded and complicated”. This was during an interview with Hitz FM’s Andy Dosty.

He was further Asked by Andy Dosty on what he meant by complicated, he swerved the question. He maintained that, “It is a bit coded and complicated to me. I just want to take it on the low”.