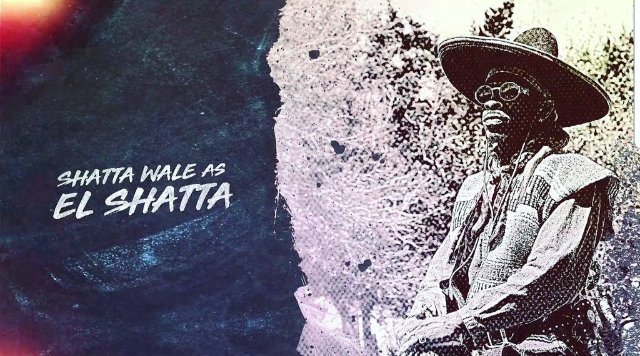 Award-wining dancehall artiste, Shatta Wale has has gone international with his video for his latest song titled ‘Gringo’

The ‘Ayoo’ hitmaker has got people talking about his quality ultramodern visuals for this new single.

The song is however from his soon-to-be released album which he titles the ‘Reign’ album.

Gringo, translates as (in Spanish speaking countries and contexts, chiefly in the Americas) a person, especially an American who is not Hispanic or Latino. It could also mean foreigner or gibberish) and originated from Spanish.

The video was shot under Zylofon Music in Texas, USA and directed by ace Nigerian Video director Sesan.

Production credit however, goes to David Nguyen. The video, according to his management, Zylofon Music, is the most expensive video ever shot in the ‘taking over’ hitmaker’s music career.

In Texas alone, the video was shot in two locations namely, the cities of San Antonio and Blanco.

It tells the story of an extraordinary ‘cowboy’ who finds his way into a small town. This town is filled with all the typical ‘cowboy’ town characters such as crooks, gamblers, drunkards and wild women.

And of course, that cowboy is El Shatta Wale who is seen all dressed up in a traditional cowboy-inspired costume. He compliments his looks with a cowboy action gun which perfectly suits the concept.

Being one of the finest visuals to a track for some time now, it is understandable the raves the video is receiving.

This video is surely bound to go a long way to put Shatta on the world map, looking at it’s creative storyline. And it also appears Shatta will be riding the social media waves for a long time to come.