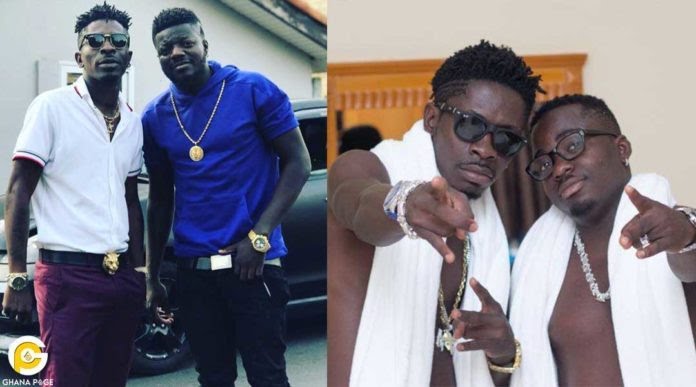 Shatta Movement Empire boss, Shatta Wale has sacked five of his close ‘friends’ from his camp.

Shatta Wale in a post on Facebook asked his fans to be ware of Stone, Bone, Blade, Good Over Evil and pope skinny as they will never be part of his camp again.

The controversial artiste’s Facebook post seems to suggest he discarded them after making a scathing video about him.

But later accepted them back into his life and camp only for him to realize they came with a prejudiced mind.

He said they prevented loved ones from coming close to him.

In a lengthy Facebook post, the artiste, real name, Charles Nii Armah Mensah, shared a video with the caption;

“After this video I accepted you guys and now you came back with a mind to really fuck up my shatta movement.No wonder they never wanted people to come close to me ,I mean people who got love ..People forget soo soon… my people beware of people you forgive when people say do ..Listen to yourself and don’t trust and make nobody make your decision for you .. God forgives us so I tried to forgive but little did they know I also had a back up plan .. Beware of stone ,Bone , blade , good over evil and pope skinny .. They will never be part of my Journey anymore .. Anything they come out to say is Fabricated .. God guide me and my militants ??????”

This is not the first time Pope Skinny, in particular, has been suspended or sacked from the Shatta movement family.

The first time was when he retweeted the ‘advice’ diss song from Sarkodie to Shatta Wale. It got him banned from the movement for several weeks until they recently reunited.

And this coming up again on the back of that might be the last time we will ever see Shatta Wale with Skinny.

Shatta Wale in recent past has parted ways with close pals like Ara B, Deportee among others.