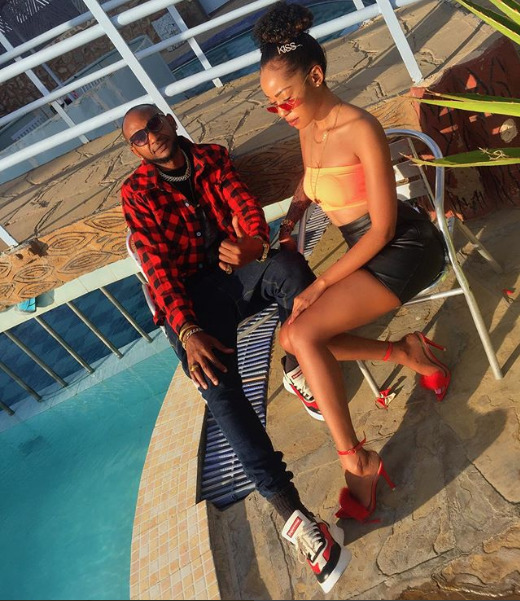 Kenyan controversial rap couple, Colonel Mustafa and Noti Flow have patched things up in an affirmation given by the former.

In an Instagram update, Mustafa shared a story published on one of the local dailies, headlining: ¨Mustafa and Noti back together … again!¨ 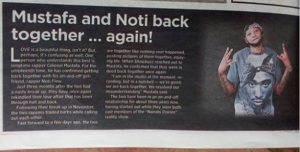 The rap couple has been in an on-and-off relationship time and again and it is hard to keep up.

Barely late 2019, the duo spat venom on each other, exposing their dirty linen in public and calling each other names.

Three months later, the two seem to be having the time of their life, taking snaps together and sharing moments side-by-side. 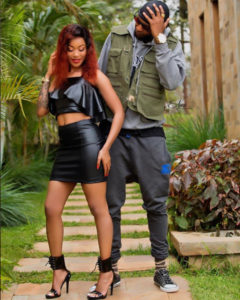 Despite their relationship´s bumpy ride, Colonel actually affirmed they are back to the love circle, like they never left. 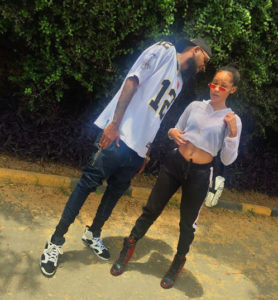 I am in the studio at the moment, recording, but in a nutshell – we´re good; we are back together. We resolved our misunderstanding.

The two even went ahead to publicly display their affection for each other in the comment section. 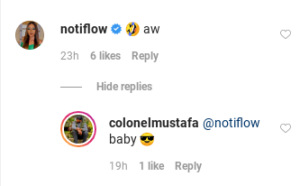 Fans have however called out the two for cheap publicity and taking them for a ride.

Woow happy to see u 2getha again.. I really missed the king and his queen…lipunda katambee😍😍😍😍