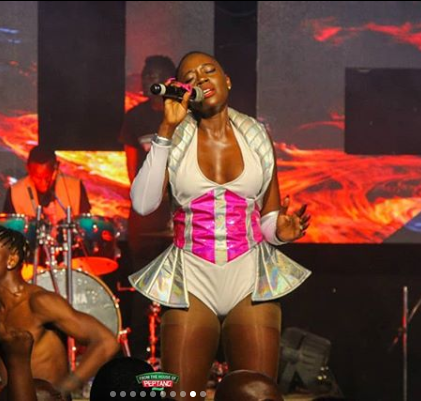 Madam Boss Akothee was out for her much hyped Luo Festival in Kisumu over the weekend, before burning out and collapsing on stage.

The Kenyan sensational singer had prepped for the anticipated event with her FBI dance crew, day in day out unending.

She did this despite having been on the hospital bed for at least 5 days following an earlier incident where she collapsed due to fatigue.

Her doctors thereafter recommended ample rest and sleep for the dancer whose vibrant body defied the doctor´s advice.

She was back on stage barely a week after, for a heated performance in Kisumu but did not last long enough on the podium, according to a video captured by Mpasho.

In the middle of her performance, she literally descended to the ground, arms up and mic in her hand, before the dancers and her security, took charge and carried her away. 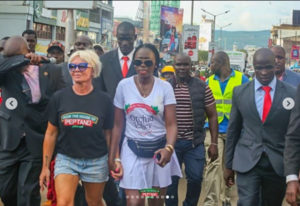 Akothee and her entourage ahead of the Luo Festival 2019

However, Kenyans have expressed mixed reactions regarding the same, with many implying that her move was outrightly stage managed, as others wished her quick recovery.

How? Kwan the dancers knew she would collapse?

@mwende_moh she was sick some days ago so maybe walikuwa alert