¨I am so disgusted!¨ Kibe rants after Kamene´s ugly confession on her multiple amorous affairs 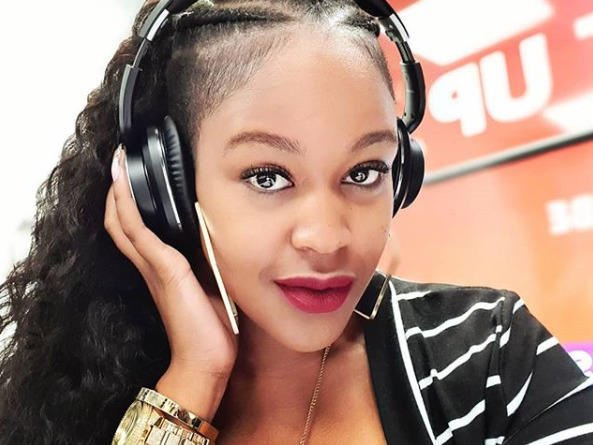 Jaw-dropping radio Queen, Kamene Goro has had her fair share of relationships, dashing from one man to the next and she finally narrates it.

The Kiss 100 radio presenter revealed how she cheated on her ex, with his team mate, just for revenge.

Apparently, her sexual adventure traces back to when she was barely a 2nd-year campus student.

Speaking during her Kiss 100 morning show with Andrew Kibe, the lass opened up:

I was in 2nd-year and I got myself the ugliest guy I could get. He was my second boyfriend at the time. I was reading news, I was living my best life and we decided to move in together because my parents were not ´getting´ me at the time.

Yes, her guy was humble and chilled out, but she still had the audacity to cheat on him more often than they got intimate.

He was humble and I dated him for 3 years, but for 2 and a half years I cheated on him. Within the first 4 months, I found out he had cheated so I cheated with a team mate of his.

Unfortunately, hakuna siri ya watu wawili and the guy Kamene cheated with, finally let the cat out of the bag and her boyfriend got wind of it.

Approach With Caution! @nanciemwai I Die for these Tees!!!! @shopnewlevel you are my spirit animal…. #Mood

Since then, it was a weird moment for the two.

To say he was angry would be an understatement. From that moment, that guy had a weird fixation with my phone. So when we were living together, he asked for my password and he gave me his.

Hardly did she know that he was going to rant at every guy who texted her, even her brother.

The minute I gave him my password he would snoop at every opportunity he got. It became more like an obsession. My brother would text me and he would get angry, to him, every guy who texted me wanted to take me away from him.

A pretty attentive Andrew Kibe soon after bashed her for acting so.

Kibe did not just feel the vibe or the explanation behind why she had to cheat for 2 years plus, in her past relationship.

He [Kamene´s ex] opened his place to you and all you owed him was some loyalty. I am so disgusted. You should not do something like that to a man, just walk away.