¨I did my b*obs for a man who didn´t even end up marrying me!¨ Huddah Monroe rants 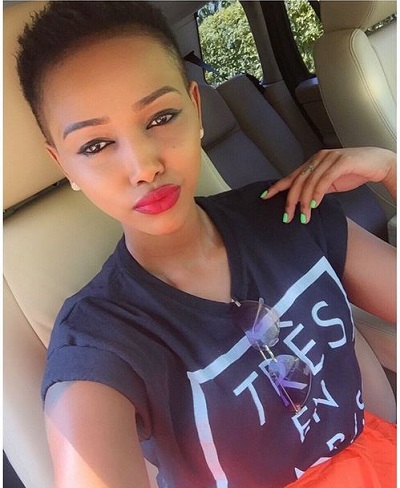 Petite Kenyan socialite, Huddah Monroe has expressed deep regret for going under the knife, to please a man who left soon as she had it done.

In a recent outburst on social media, the Boss Chick revealed that she did a b*ob job, for a man who never even married her – he actually took off.

He funded everything to the last bob but Huddah leaves in pain, reminiscing those days – pretty young and vulnerable. 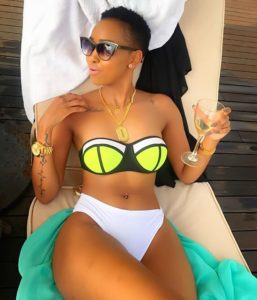 A quick flashback. In 2017, the businesswoman had to undergo a corrective surgery after the first one – funded by her man –  went wrong.

A surgery done in Beverly hills and one she remains grateful to the doctors for, otherwise she would have met her Creator.

Got complications from a previous cosmetic surgery I had (a story for another day) and I am pleased with my Doctors who have done an incredible job on me…. I can´t be more thankful! I could´ve died but I´m well now. Cc @drjlayke @drpay of the Beverly Hills Plastic Surgery Group for making me feel amazing and confident once again! I would recommend them to anyone!

Sharing the photos, standing next to one of the doctors, a relieved and impressed Huddah expressed deep gratitude for a job well done! 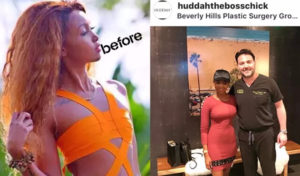 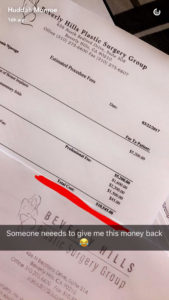