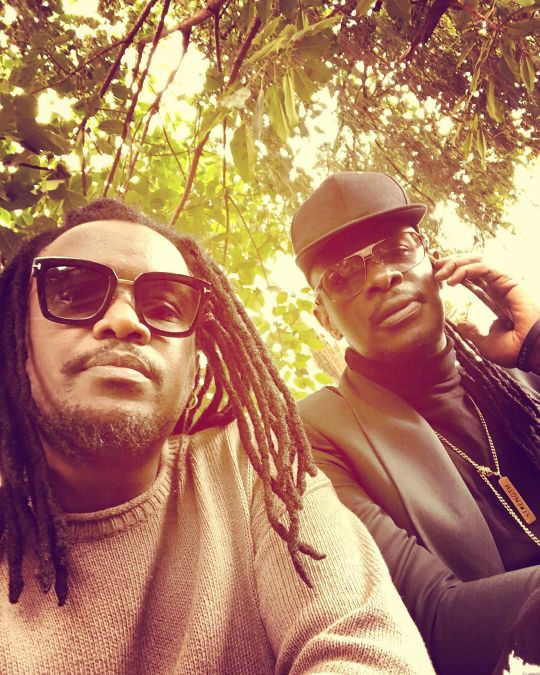 It goes without saying that Nameless is Nyashinski´s right-hand man. Something evident not just from their friendship ties, but to the kind of events they grace together.

Recently, Nyashinski officiated his relationship to his Nandi girl in a traditional event that went down with only close family and allies present.

Nameless was top of the guest list and he sure did not disappoint. Up and close with Mpasho, the ¨Inspire¨ hitmaker revealed:

And Nyashinski confirmed this after the event when he walked up to Nameless to tell him:

You know that whole time, the Uncles are talking so nicely about her. Like ¨Nyash mumepata mtuuuuu!¨ So they were looking to see who will come and talk on behalf of Nyashinski pia atuongeze points hapo.

However, in regard to how the event´s publicity was made, Nameless aired:

You guys, I don´t know how that story was twisted to become a lavish wedding. Manze, we had even gone with creased shirts, this was not a wedding, man!

All in all, nothing makes him happier than to see his best of friend make a step forward in life.

But we are happy to see jamaa ameamua. You can imagine, hii time ako na pressure mob. 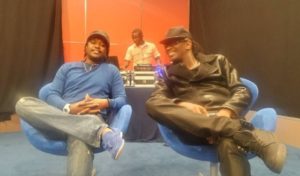 As one man who went ahead of him in marriage and one with whom they remain close allies since time immemorial, Nameless piece of advice to his pal, Nyashinski is:

I was being real with him, I told him, this thing is not going to be easy and you have to develop skills of how to live with each other because we are not taught those things. Nowadays we are lucky, now, there are books that talk about emotional intelligence to understand the differences, to understand the emotions. If you don’t, you miscommunicate so much mpaka unashindwa why this thing is not working out.

Because unfortunately for him and Wahu:

I also had to go back and see why I was struggling in some areas and I was like, because we have not developed ourselves as much. So I always tell those of us who are going into marriage to develop that intelligence. It makes marriage better and better.

Landed safe🙏🏾🙏🏾… Any guesses which town and in which hotel we will be staying .one Lucky guess wins 1000 credo.twende, hehe. .. Meanwhile I see your answers on previous post, manze you guys making it hard to pick a winner, I think I will give 2 people instead of one on the previous question. Thanks @mamutravel this place is 👌🏾👌🏾👌🏾💯💯