¨Shenzi types¨ Zari lashes out at them haters 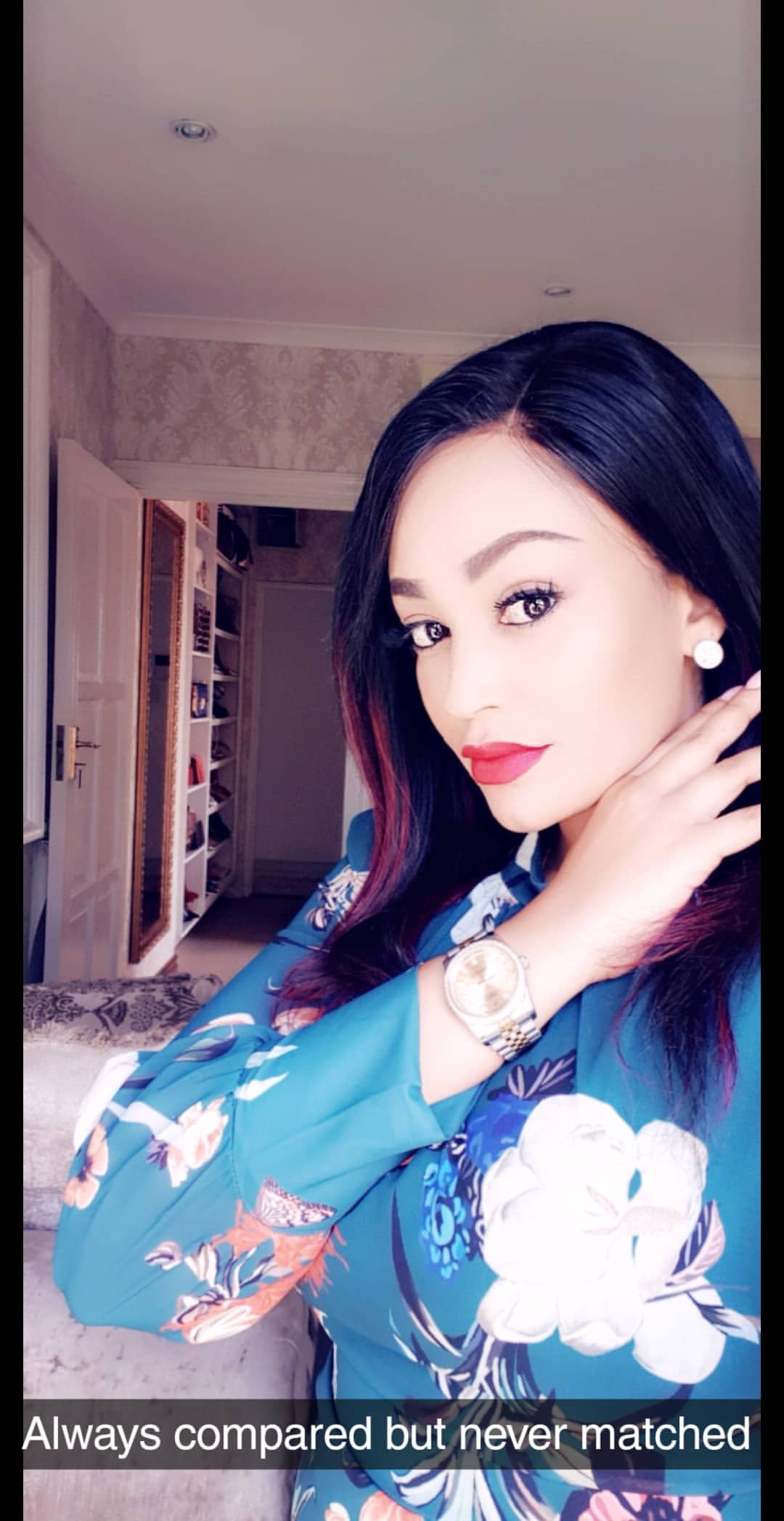 The boss lady, Zari Hassan responded to Tanzanian trolls after her recent post wearing a two-piece bikini.
The critics spared no second telling Zari that according to her age and the fact that she is a mother of five, her two big sons shouldn’t view such.
The South African based Ugandan businesswoman, put it clear ¨Am enjoying the last week of South Africa summer before winter sets in.¨ 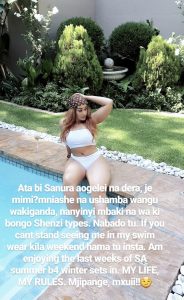 Whether we like it or not, we must admit that Zari looks way hotter than ladies way younger her age.
¨Always compared, but never matched¨ read one of her posts.

Zari further questioned; If her former mother-in-law, Diamond´s mother, would not attempt to go swimming in a dera, then who the hell is she?
She angrily told off them haters and said that this was just but the beginning, referring to them as Śhenzi types´.
This comes after Zari´s ex-lover and father of two of her five kids, Diamond Platinumz, seemed to refer to her in a cryptic message, as old.
Same case with Diamond´s sister, who told Diamond´s new catch, Tanasha, not to act like Zari nor either of his previous girlfriends.
Zari did not forget to give her critics closing remarks ¨My life, my rules, mjipange¨.
It goes unsaid that Zari looks pretty youthful and one would not take her to have mothered any kids, let alone five.
Diamond´s mother never expressed negative opinions nor distaste of Zari, while they were still a couple with Diamond.
Moreover, she went further and stated that she preferred and respected Zari, more than any other of Diamond´s ex-girlfriends.
Recent polls indicate that most fans still take the couple as ´a match made in heaven´ and still believe that Zari, contributed a huge deal to Diamond´s growth to date.
I think we can now all make the obvious conclusion.