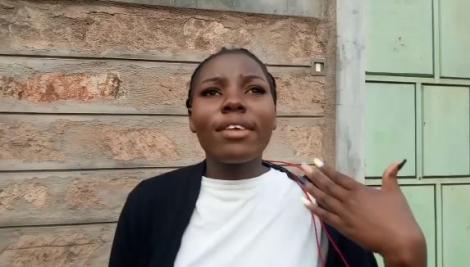 One of the things that kept Kenyans entertained during the self-isolation period were the skits that were made by online comedians.

Also read: Kenyan online comedians and the significant role they have played during the pandemic

As such, we decided to make a list of Kenyan online comedians who cracked our ribs this year and left us asking for more.

1. Crazy Kennar – If you’re an avid social media user I am sure you know Kennedy Odhiambo, alias Crazy Kennar. He is so funny. I spoke to him some time back and he told me that he is the content cartel and to be honest, he is.

2. Flaqo Raz – I recently discovered this guy’s real name is Erastus Ayieko Otieno because he looks like a Kevin or a Brian. Anyway, he also makes some dope skits that will definitely leave you on the floor.

3. Cartoon Comedian – Some of you might know this lass because she often appeared on Churchill Raw, some of you might have no clue who she is but you should definitely check out her content if you want to have a good laugh.

5. Seth Gor – This lad has been making comic skits for sometime alongside Sharon Mwangi and George Kimani and the truth is that they are absolutely hilarious.

PEOPLE WHO LIVE WITH THEIR FOLKS AND CANT DO DRUGS AT HOME HAVING WITHDRAWAL SYMPTOMS LIKE..😂😂 @georgekimani_ @_kalelwa_

6. Blessed Tugi – He is so funny. If you thought Njugush is bonkers then you should meet his son. You know that common saying that an apple does not fall far from the tree, I have never found a place to apply it better than here.

I keep telling you this is not a small person…here he is seen summoning an infant, mtoto ananyonya. Huyu atakuweka @celestinendinda kwa shida

7. Mammito – She is without a doubt the funniest female comedian in Kenya. She is just naturally funny. I always on her Instagram page because I want to be among the first people to see her content.

When being a strong woman goes wrong 🤣🤣🤣🤣🤣🤣@braintexcreation

8. YY – This guy who was once a regular on Churchill Show also makes some short skits which are so hilarious. You start watching one of his videos and you just can’t stop.

9. Brendah Jons – this lady is popularly known as Mama Kingston is also very funny. Her skits always put a smile on my face.

10. Eric Omondi – Of course this would not be complete without naming the president of comedy in Africa, would it? This guy has always been funny and will always be.