Former Tahidi High actress, Makena Njeri has been giving male fans a run for their time and money with her meticulous sense of fashion in men’s wear.

I talk of men’s wear because the lass is a known and proud tomboy whose photo timelines speak for themselves.

More often than not, Ms Makena steps out in pairs of trousers, a shirt, or sweater and a hat, to complement her look. Topping it up with her signature watch that never misses in any of her photos. 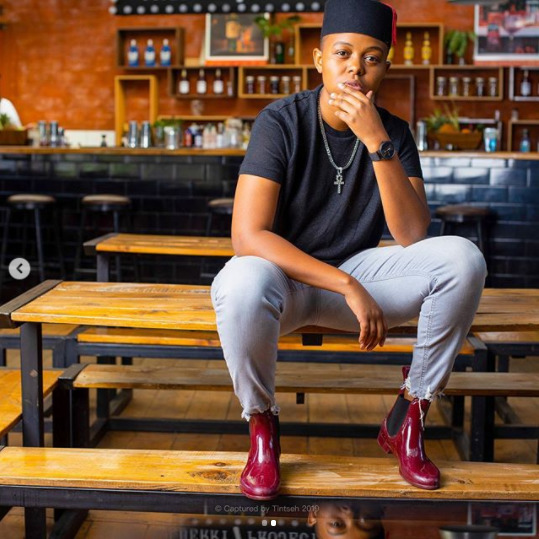 Makena has however never, I mean NEVER dressed in anything like a skirt or a dress, at least I am yet to come across one such photo of hers but she still slays in her trousers and shirts.

For most cases, she has donned a casual look and very rarely has she stepped out in a complete formal look but when she does, she never disappoints. 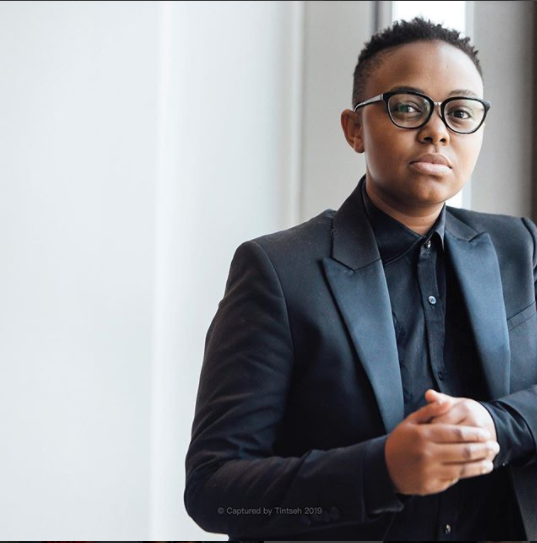 Well, you don’t need to look far. This is why I think the BBC reporter looks dapper than most men do in men’s wears, have a look:

1. Top and trousers with a white-lappelled black blazer

During her time at the BBC studios, the TV personality was pictured rocking a white-lappelled black blazer, with a white tank top and a black pair of high-cut trousers.

Makena completed her look with a white pair of sport wear and her signature watch on the left wrist. Makena was once pictured donning an olive-green 2-piece suit paired with a white shirt whose first two buttons remained open to make it a bit less formal.

She complemented the look with a black pair of laced office shoes and a serious face look. 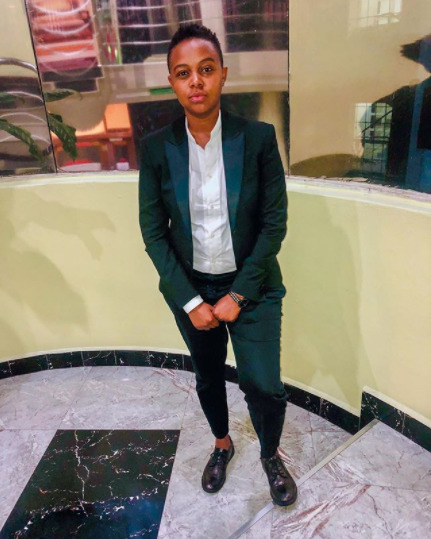 3. Black shirt and trousers with a peach blazer

She crowned her less formal look with some sunglasses. 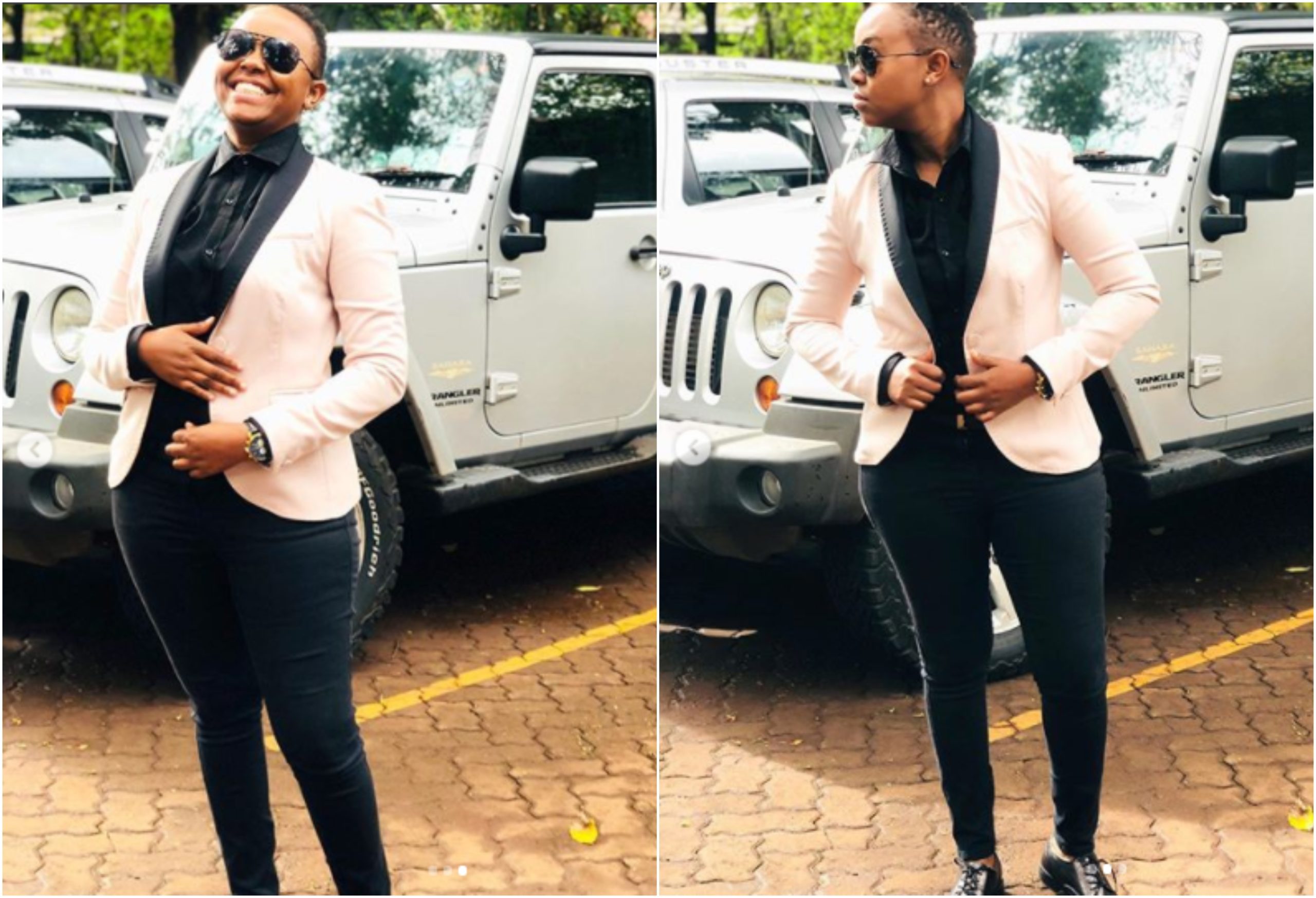 As the title suggests, Makena decided to go all in with a complete black look; black trousers, black shirt and a black blazer. To this, she wore a black pair of laced shoes and some glasses paired with a smile. 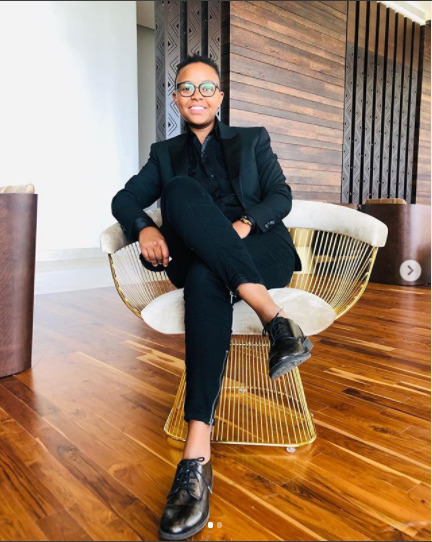 5. White shirt and black trousers with a peach blazer

The popular actress once donned a black pair of trousers matched with a white, no-collar shirt and her black-lapelled peach blazer, as her signature wrist watch and welcoming face look completed the day. 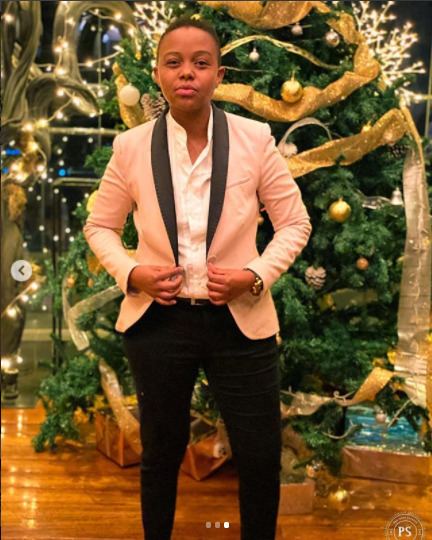 6. Black trousers and a white shirt with a red blazer

On a different occasion, Ms Makena stepped out, this time a bit chilled, with a black pair of high-cut trousers, a spotless white shirt tied to the last button and a shy red blazer to complete the formality.

She took up some glasses and a wide smile to break the mood. For her feet, she opted to have a black pair of closed office shoes. Makena once went overboard and overdressed after rocking a pink 2-piece suit coupled with a black shirt and a serious face look that screamed ‘bossyness’.

She always keeps her hair short and well trimmed with clean-shaven sides to bring out a Mohawk-kind of haircut. Talk of an intimidating look and Makena’s black 2-piece suit explains it best. This time around, the no-nonsense lass donned a complete, black, sharp, 2-piece suit paired with a West-African hat and that daring look that means ‘business’.

She completed the formal look with a black tie pushed to the last button. No lie, Makena has proven daring in her kind of pairing of suits with screaming bright colors. The personality once rocked a black shirt and trousers completed with a red blazer that had it’s breast pocket graced with a polka-dot handkerchief.

A black pair of closed casual shoes was her pick. 10. The feminine look: Pink 2-piece suit with a white shirt and flowers in hand

In a different scenario, the loud tomboy went for a feminine look, with her pink 2-piece suit; a white shirt and a bouquet of flowers in her hands.

She gave in a reserved smile, looked into the camera lens and that was as welcoming as it ever gets. The next time, Makena picked on a black tuxedo that had its satin-faced lapels clearly noticeable, completing her look with a dazzling white shirt and a black velvet bow-tie that spoke elegance.

To it, she put on her signature wrist watch and a black pair of laced shoes. Well, well, well, if you think you have seen it all, it looks like we are just getting started.

The film and TV producer recently stepped out in an olive-green double breasted 2-piece suit with a white collared shirt and opted to have its first sets of buttons free.

She complemented her ‘bossy’ look with a West-African multi-colored hat and some brown leather laced shoes.