John Gichuhi Macharia became a sensation when his photos went viral on social media. The disabled man was seen casting his vote using his leg.

The 21-year-old was born without both upper limbs. The young man was diagnosed with multiple physical disabilities and asthma at birth.

James has a diploma in computer applications and is able to use his legs to write and type on a computer . He also uses his legs to perform duties like eating and driving a car. 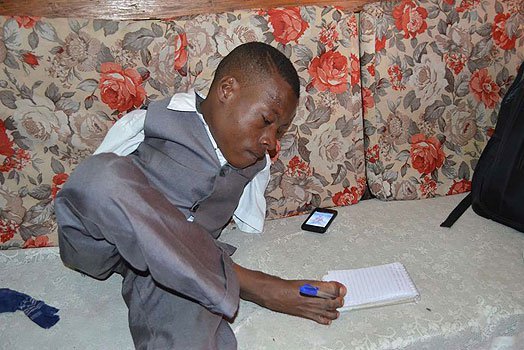 John resilience in carrying out his civic duty attracted the eyes of the president. Uhuru sent senior government officials to meet him.

Transport Cabinet Secretary James Macharia and Murang’a County Commissioner John Elungata traveled to Thika to have a word with the 21-year-old.

James told the delegation that his dream is to own a cosmetics business. He survives on donations from well-wishers and his local church Rescue Mission Centre. 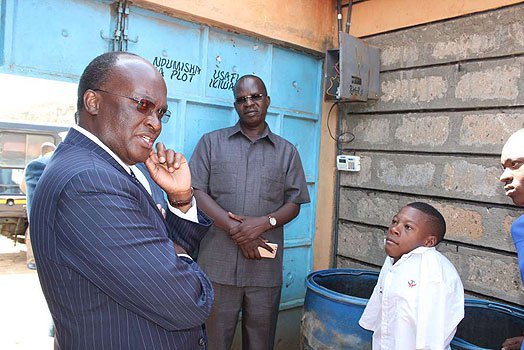 The president committed a whopping Kes 3 million to help James start his business. The 21-year-old intends to establish a beauty parlor and cyber cafe with the money Uhuru gave him.