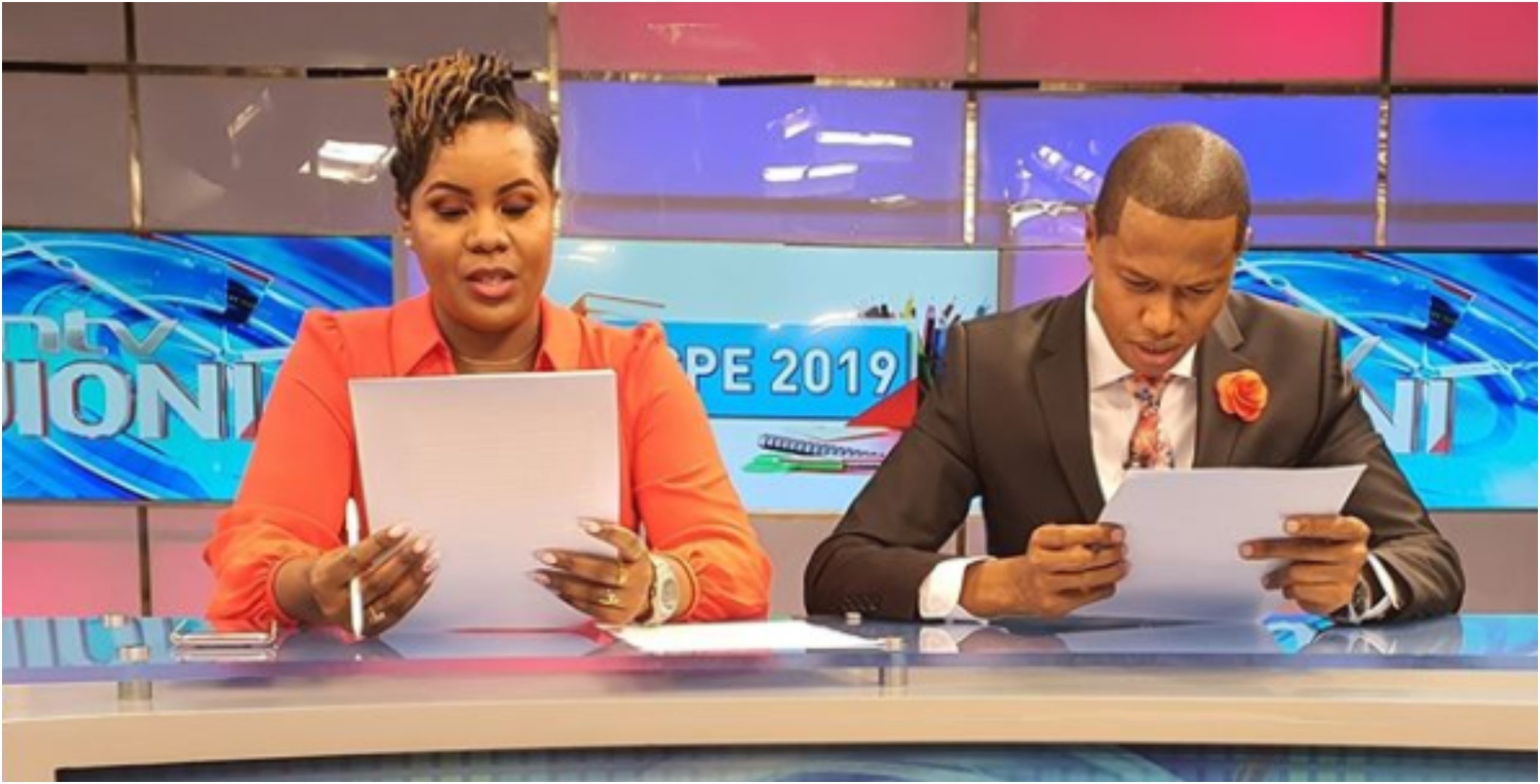 Not once, not twice have journalists been spotted on camera sharply dressed in suits, only for the cameras to give the wide view and everything goes bazaar.

So what happens, is, the news anchor in question, has their formal shirt and tie in place, complete with a coat, only for it to turn out that the guy is either having some funny color of shorts on the bottom or some loose sweatpants.

During his time at NTV, back in 2016, Larry pulled a first one after appearing during 9pm news bulletin in a half-suit and red shorts during a live in Mombasa. He paired the attire with some sandals. 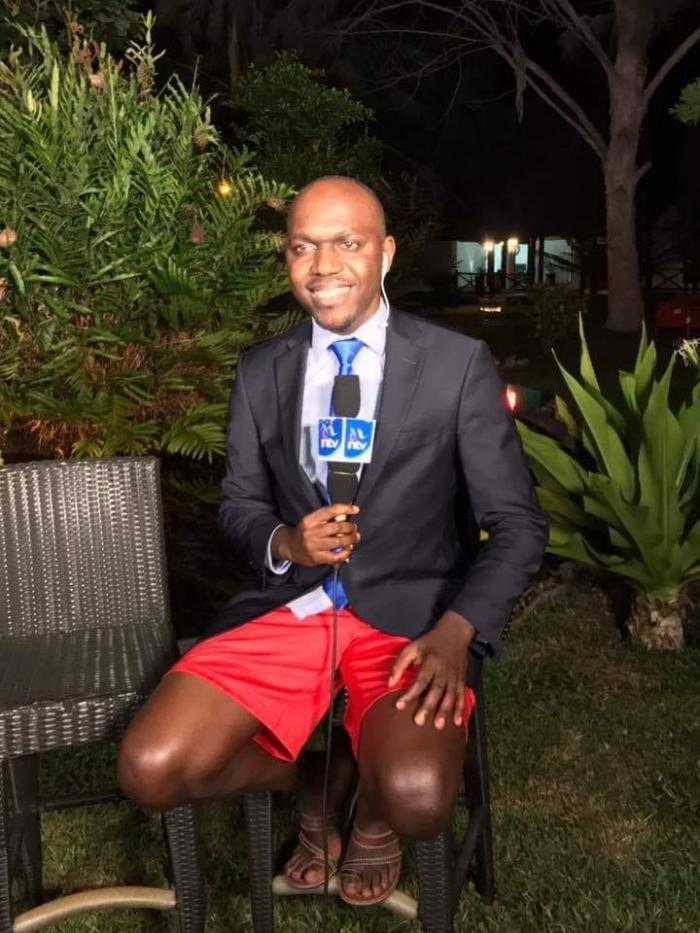 The guy is fond of the habit, just the other day, while broadcasting for BBC News right from the comfort of his home, the kid had a formal shirt and a coat on but below put on some grey shorts. Hilariously captioning: “When you’re going live on TV from home but might hit the pool after”. 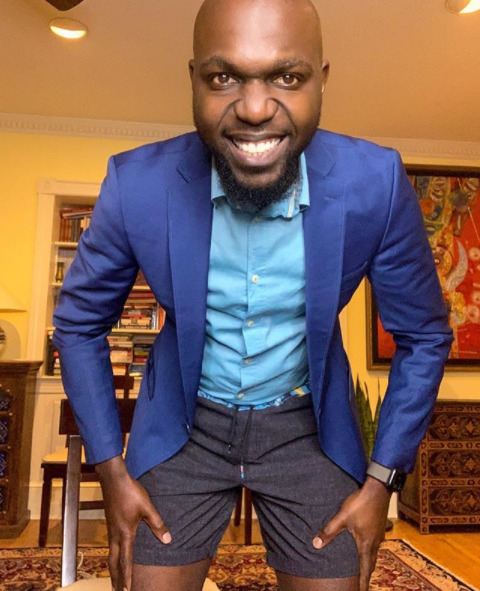 The NTV’s senior journalist’s case is something that went viral, anchoring 7pm news bulletin from his home’s sofa but when you just thought he had taken it so seriously, the guy later appeared on full screen with only a pair of shorts on his bottom. 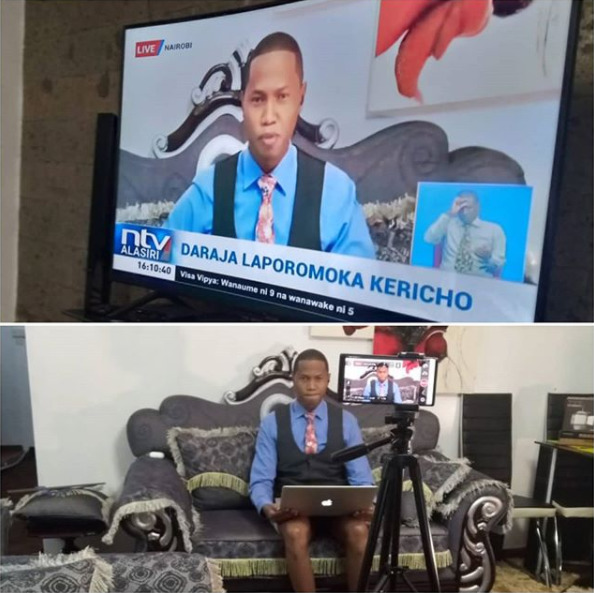 Raburu’s case is just an exceptional one. The guy more often than not prefers his sweat pants to any formal trousers, but he can keep up with the formal shirt, coat and tie. Not once, has the guy been spotted wearing sweatpants during a live broadcast. 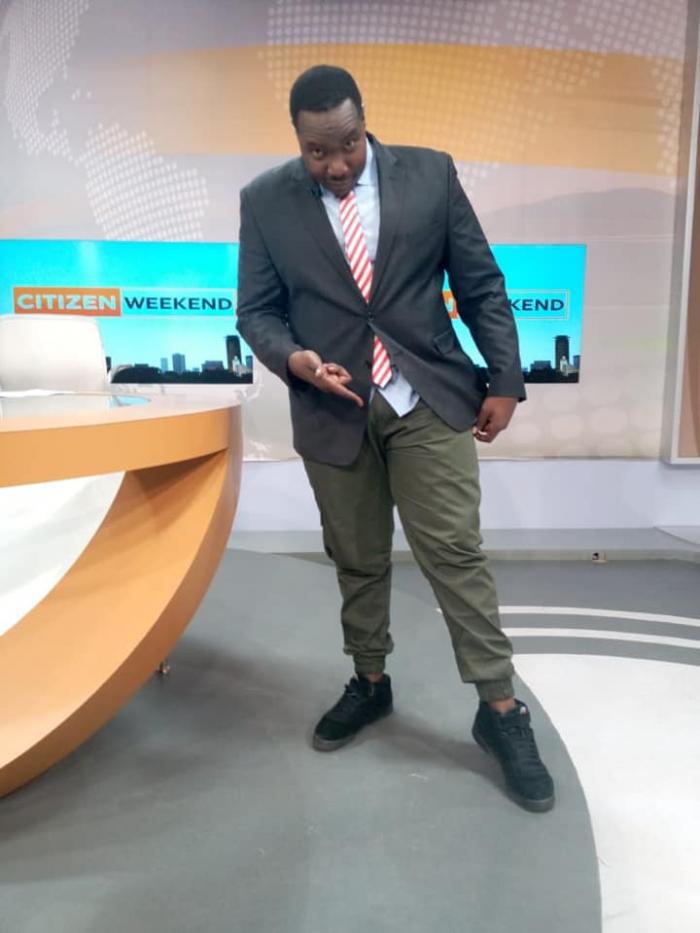 The popular NTV journalist was recently anchoring the 1pm news bulletin from home, but opted to ditch the formalities for a more casual home-like look. With his white shirt, tie and waistcoat on, the guy had grey sweatpants on his bottom paired with red slippers.

All I had as my equipment doing the 1pm news bulletin from home. Some acoustics challenges but working from home almost 100% possible #CovidLessons #ChangingTimes. Ignore the munyonyis and sandak ya muhimu ni a bulletin was delivered Here’s the link: https://youtu.be/SVtUQ7TRYjs