The much-awaited fight will be held at Carnivore Grounds in Nairobi on December 2nd 2017. Zakira is expected to retain her title because statistics favor her.

Below are 5 reasons why Zarika is favorite to win Saturday December 2nd fight:

Zarika is a more experienced fighter 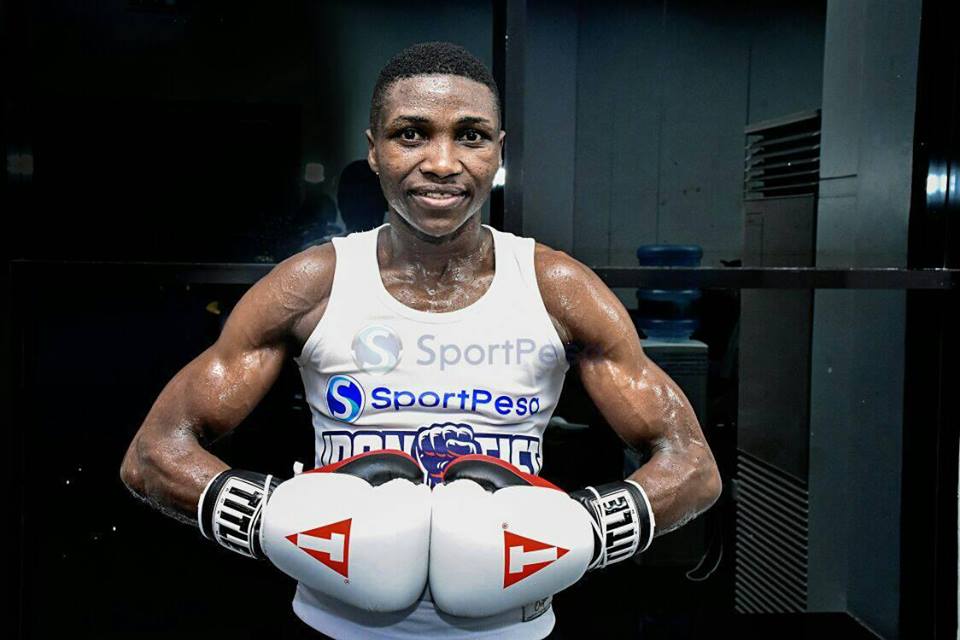 Fatuma Zarika started professional boxing in 2003. She has fought a total of 43 fights. The Kenyan boxer has won 29 fights, lost 12 and drew 2. Zarika has fought several international boxers from America and Europe in her boxing career.

Zambia’s Catherine Phiri began professional boxing career in 2011 and has only fought a total of 15 fights. She has faced off with less international boxers in her career compared to her opponent Zarika. Zarika was last defeated in October 9th 2015 when she faced off with Puerto Rican boxer Amanda Serrano at the Space at Westbury, New York City, USA.

Catherine Phiri was last defeated on 1st April 2017 by Mexican fighter Mariana Juarez. The Zambian was aiming to reclaim the WBC super bantamweight title (she won the title on January 30th 2016 when she defeated Mexican boxer Yazmin Rivas).

Zarika has NEVER lost a fight on home ground The closest Fatuma Zarika came to lose a fight in Kenya was on 13th December 2003 when she faced off with veteran boxer Conjestina Achieng. The fight which was held at Nyayo National Stadium ended in a draw.

Catherine Phiri has lost fights both in Zambia and abroad. Zarika trained for two months at Berry’s Boxing Gym in Las Vegas ahead of the December 2nd boxing match with Catherine Phiri.

The Kenyan boxer is well trained for the fight compared to her rival. She has the backing of SportPesa who have been providing all the support that she needs. Meanwhile another SportPesa initiate ‘Tujiamini’ is looking for talented young Kenyans to provide them with a platform to nurture their talents.

Are you a talented boxer, or football player, maybe an athlete or swimmer who hasn’t found a platform to launch your career?

If you are talented in any field of sports and your career hasn’t blossomed, then Tujiamini initiative is looking for you.

Nominate or share a story of an upcoming sports talent on Tujiamini platform for a chance for them to be discovered. By nominating a talent or sharing a story of upcoming sports talent, they will get:

2.Selected talents will get an access to training camps

3.Sportpesa will also facilitate an introduction of selected talents to relevant sports clubs

Click the link below to nominate any talented person you know: