Speaking during a tv interview with BBC,  Diamond Platinumz hinted at releasing his new album soon. The new album will be the second of his after the 2018 A boy from Tandale became a success to date.

As the Bongo world keeps growing Diamond Platinumz has been able to create music that is easy to resonate with by all sorts of people.

Amid the Covid -19 Pandemic the ‘Baba Lao’hit maker was keen to mention that he is now focused on his new album.

I believe this will be another big success for  ‘Simba’ because he is a force that many wish to work with.

Hate him or love him, as an artist Diamond has a grasp of what his audience loves. 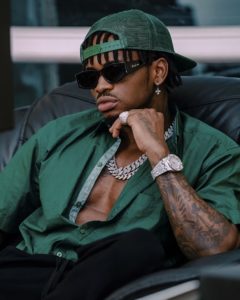 I remember sometime back when he was on the Trend with Larry Madowo Diamond said that once you know what your fans want, it is easy to write the proper music.

For the longest time he has had collaborations all over African and all internationally with artists like Rick Ross, Neyo among others.

For a guy like this I believe his album will be another of a kind. He wil have many wishing to collaborate with him in future.

I mean the, Diamond can make Swahili sound sassy in an all English song, what of Spanish? Well its a wait and see situation.

However, I can bet that the album will have few Nigerian artists and big American stars too.

What about Kenyan artists?

I mean we have Willy Paul whose voice would be good blend with Diamond’s, if not ‘Mtoto wa Diana’ -Bahati too could be a good idea.  No? Well you be the judge.

Bottom line,this album will top charts if not be among the biggest in terms of streams on digital platforms.

In the meantime we keep waiting on good music that will set the pace for most of African artists.