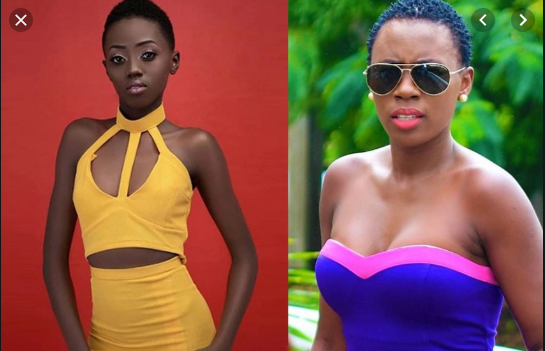 Just like her name, Madam Boss Akothee is for sure a no nonsense lady, not only to the world, her baby daddies or even her critics. She has set strict rules that have to be adhered to at home.

Her usual ‘rival’ in combat is none other than her model of a daughter, Rue Baby.

The two have had arguments time and again over lateness back home for all sorts of ‘petty’ reasons according to Akothee.

The Akothee Safaris founder does not seem to understand the long hours Rue spends in salons and at the barber.

Rue left the house at 10:30 am headed to the barber shop and overstayed her welcome there.

According to Akothee, even the most involving of hairstyles like ‘sangita twist’ doesn’t take 2 hours.

So, she keeps her cool and awaits for this young one who might be in hot soup once she is back.

Through social media, the mother of 5 pens:

This idiot left the house at 10:30 am that she is going to a barber shop, until now I haven’t set my eyes on her, even sangita twist is 2 hours I will not mention her, but there is fire in the mountain today.

So as she waits, the ‘suspect’ comes through and confesses she is the topic of discussion here.

But Akothee won’t take any of it, and if Rue dares return home, she will have her haircut clean-shaved.

This rubbish cant take the whole day my friend ! I am much older than you ! Just sleep at the barber dont come close to me coz I will shave it for sure 🙄🙄

Where Rue spent the night, we don’t know. But that is Akothee for you!