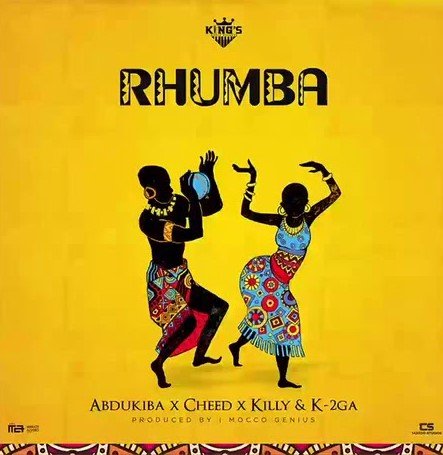 Eight months ago,King Kiba  launched his boys in the banger ‘mwambie sina”.  The team includes his Cheed,Killy X and k-2GA. From then  we knew we had a new team to fall in love  with.

Months later we have every reason to appreciate East African Music with these boys.

They have have teamed up with Ali’s brother  Abdu Kiba  to bring you “Rhumba”.

Tanzanian artists know what music is all about when it comes to lyrics. Rhumba is a your everyday typical love song, but the artistry in it is what make it stand out.

I would not know what influenced the title to the song but the vibe gives it away.

The song starts off with Cheed’s verse, the soulful guy makes everything exiting.

Twacheza kidedea kidedea Mabusu mpaka twalala
In the verse the man is just showering his woman with all kinds of flattery.Telling her how beautiful she is. Once again ladies, its all about you. Mmmmhh! 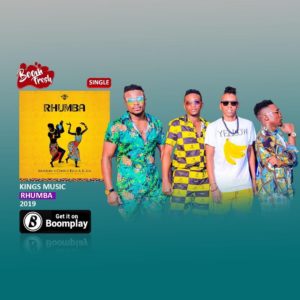 The bridge itself is is beautifully done and the Swahili too is top notch.Am sure you just like me are wondering what this word ‘zezeta’ means.Beacause  its not the first time to here of it.

The Chorus carries the weight of the song’s title…..Baby tucheze rhumba kidogo…… Basically just asking the woman for a dance. It goes on repetitive mode like four or more times.

The chorus was majorly done by Abdu Kiba no wonder the blend of tune.

Killy X and k-2GA spice up the song following with their verses that are boggling. They say that they are now set for marriage.

To haters they can go to hell as for their love has thrived through all of life’s obstacles.

Every person deserves love, be it your mother, father or child.Love heals so much pain.The song brings out a story of two lovers but their message very clear and easy to relate to. Kudos Kings music!!

The song was produced under Kings music Records. For rating we go with 7/10.

“In your arms I feel warm, safe and secure,” recently engaged Joyce Maina sweetly gushes over her man