Anerlisa Muigai hits back after being warned against rebound relationships 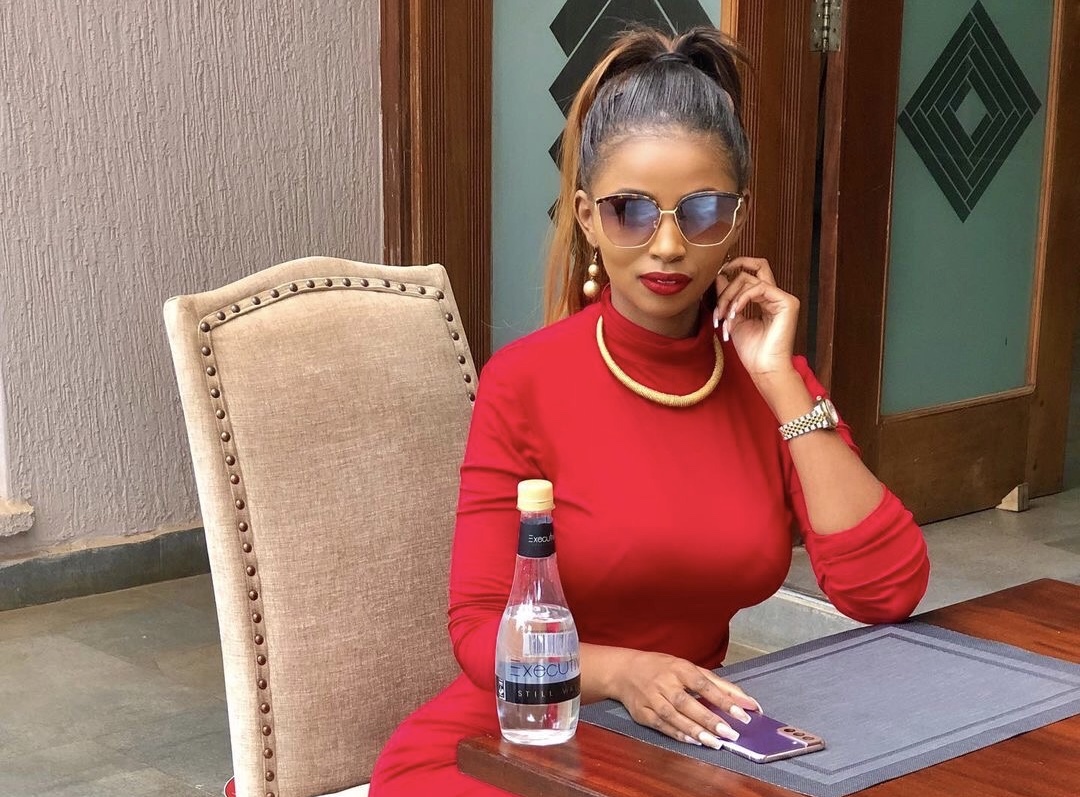 Anerlisa Muigai has a list of wealthy celebrity exes that we know of; and problem is, they never seem to wife her for unknown reasons.

So far we have seen close to 5 guys and out of them all, Ben Pol was the only one who managed to marry the stunning Anerlisa; but in less than a year – the Bongo singer had already filed for a divorce. 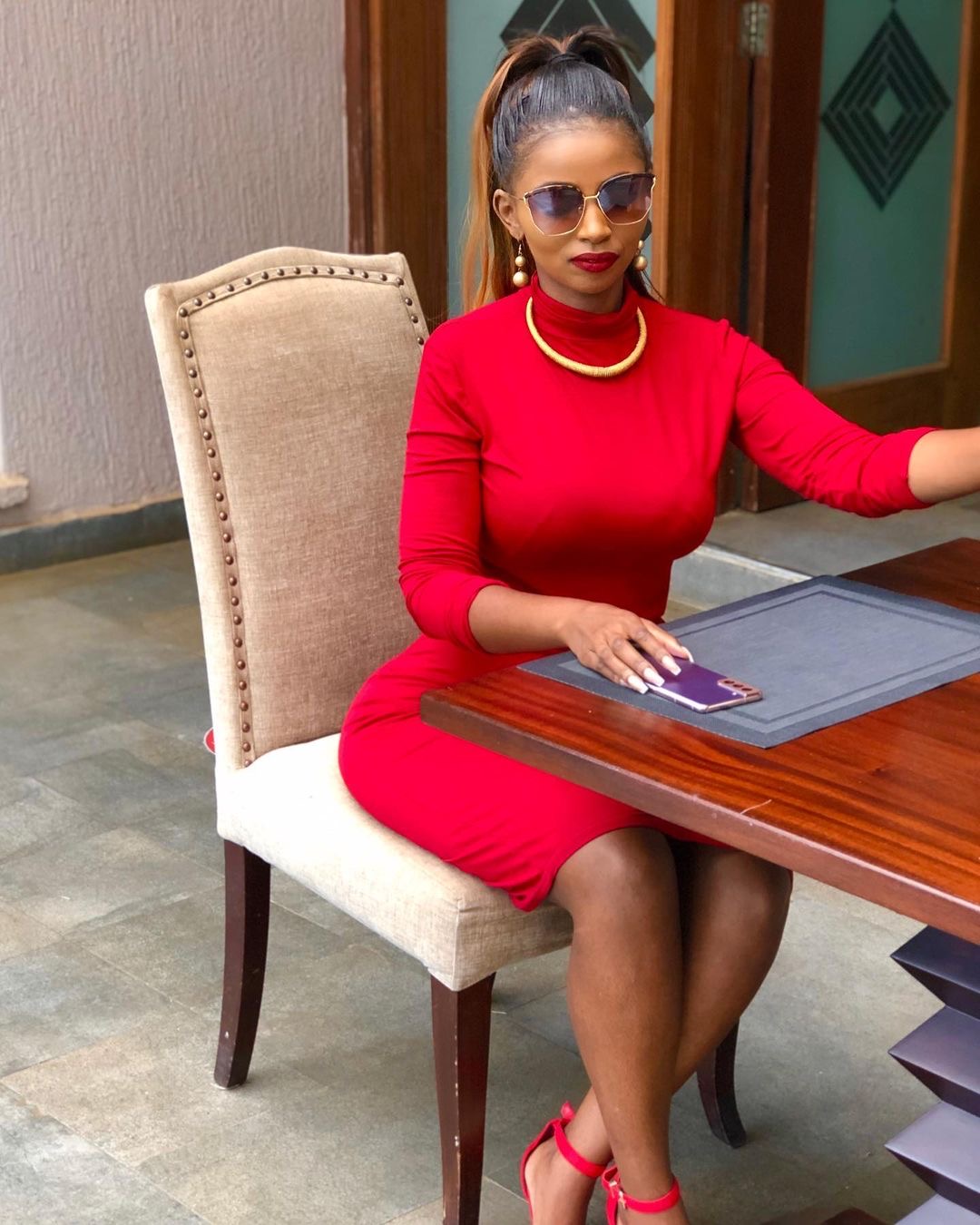 Anerlisa Muigai looking like a model in new photos

Well, not sure why most of these guys always end up leaving the Keroche heiress despite all the money and beauty she has. However in the comment section – most fans feel that behind the innocent personality she portrays online; lies another cruel character that we know nothing about. But hey, it’s not our place to judge.

With 5 failed relationships, a fan identified as Duncan Mwenda recently went on to advise Anerlisa not to move on quickly; but take time to heal and detach herself from the pain of divorce saying;

Please dear don’t start dating so fast give yourself a break to reflect otherwise some guys can take advantage of this period (💔)  you are in. Gnte gorgeous

Well, if you ask me – that’s a great piece of advise; however judging from the response given by Anerlisa – probably the fan (Duncan) should have just used that time to clip his nails..smh.

Sweetheart that’s a good advice but not for a grown 33 year old🤭. Ps* With age comes a lot of experiences. 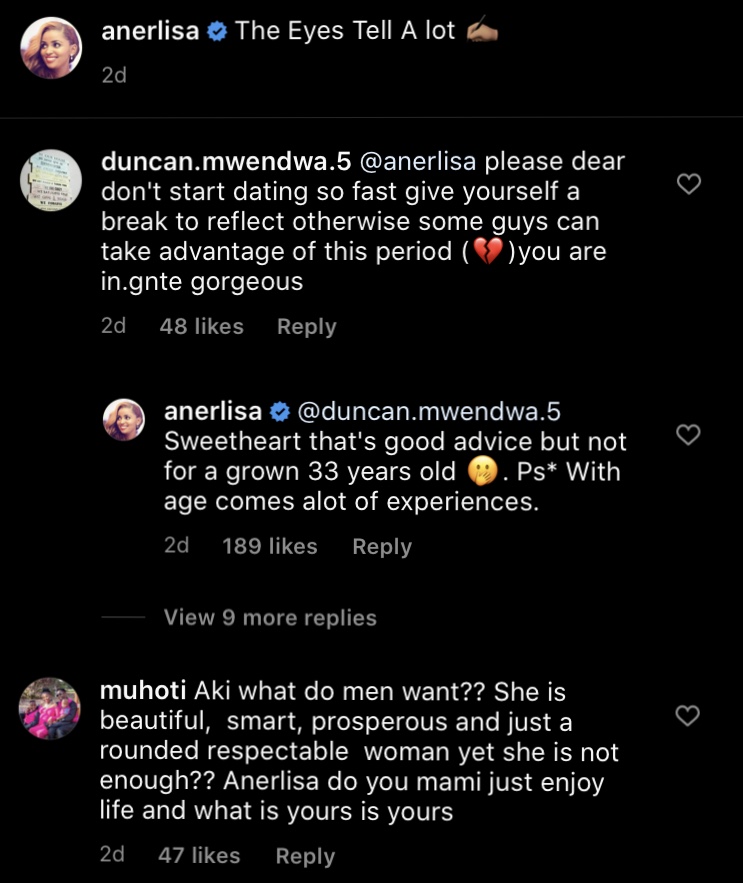