Artist Spotlight: Meet Blaq Mamba the famous ex-convict who is ruling the airwaves 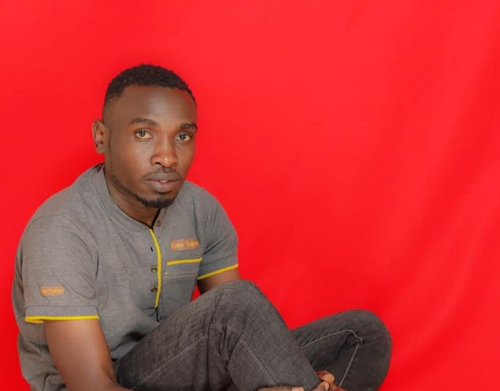 For better or for worse, our culture is fascinated by celebrities who turn criminal. How can someone so talented, so rich, and so famous throw it all away with awful or even evil choices that land them in prison for years? It’s a question many people ask themselves.

Many convicts spend their lives going in and out of jail, never getting on the right track. But there are some who do make it out of the slammer, learn their lesson and clean up and completely turn their lives around for the better. These people deserve some recognition for proving that criminals can be rehabilitated.

Here’s a look at one of Kenya’s ex-cons who turned it around and has successfully avoided getting drawn back into the bad habits that got him thrown into the clink in the first place:

Alex Manyara Paul Getate Jr. is a Kenyan Afro-Fusion recording artiste, actor, comedian, songwriter and dancer. He performs music under the stage name Blaq Mamba and occasionally as a Mcee under the name MC Bizy Boy.

Later in the same year Mamba was arrested and was charged with robbery with violence and spent several months in Kamiti Maximum Security Prison where he was the youngest prisoner in the maximum prison and was later transferred to Nairobi Remand Prison Industrial Area since he was a juvenile offender, he spent more than six months there before his release.

Mamba was still an aspiring artist, who was determined to make something of himself after his release. Mamba made a change for the good while in prison thanks to the International Justice Mission that worked on his case and ensured his release, they also provided therapy sessions that made him change for the better.

After his release from behind bars, Mamba gave up his bad boy ways to focus on his career. He went back to school to complete his high school education and later joined Meru university of Science and Technology where he graduated with a degree in Computer Science.

Mamba began recording and his popularity started surging with the release of his first single Nakupenda We which was released in August 2020. He converted and became deeply impacted by the people he met all round. Mamba continues to speak to local youth about his mistakes and how to avoid a troubled life.

He started a touching program that is helping street children live a better life and strengthen their spirit. Mamba’s dream is to start a prison voice, be a national motivational speaker that will help prisoners develop or restore their relationship with the community when released and change for a better tomorrow.

Check out his latest release Nakupenda We: