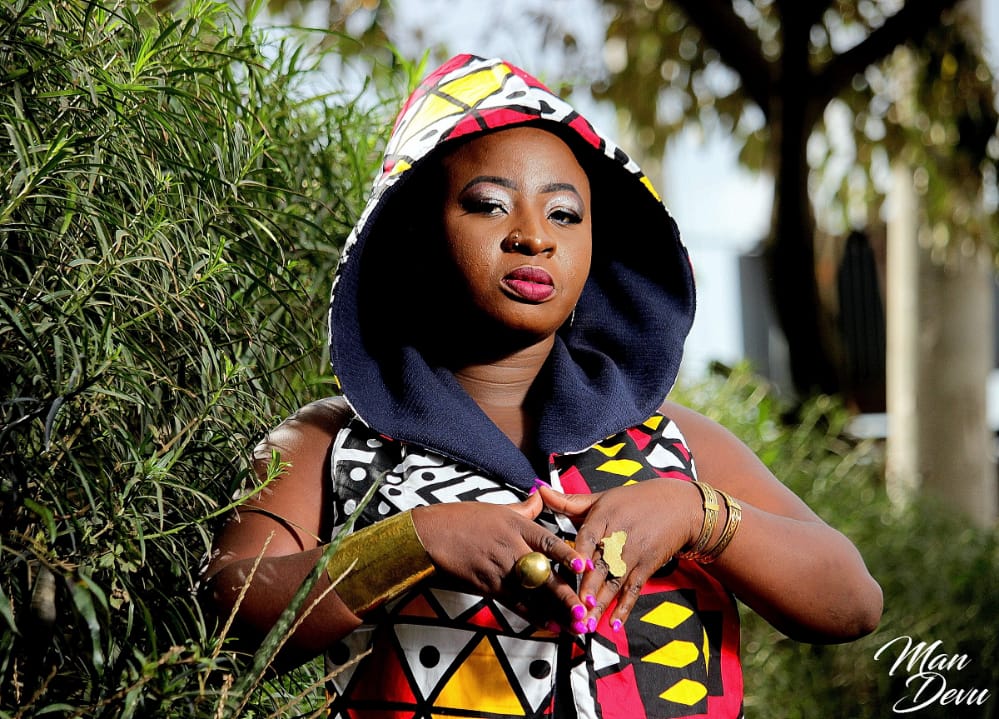 I am a lover of good music and every time I come across an exceptional artist, I can’t resist the urge to tell you, our readers, about him or her.

A few days ago, I was introduced to this beautiful lady by the name Muhonja and believe you me, she has a golden voice. I’m not even exaggerating.

She started singing at the tender age of 7 after she was taught how to play the guitar by her parents and uncles who were music lovers. Muhonja then learnt how to play the kalimba, mbira, marimba, shekere and udu drums.

Upon joining Moi University, the mellow-voiced songstress decided to join the institution band where she learnt the art of live performance. She later honed these skills at Sauti Academy.

Muhonja, whose love for music has been influenced by Miriam Makeba, Angélique Kidjo, Oliver Mtukudzi and Sally Nyollo, started singing professionally in 2014 and released her first song dubbed Unataka Nini this year (we’ll talk about this later).

We may disagree on many other issues on this planet. We however, come to a consensus that an African woman is a beautiful piece of art! ❤️❤️❤️ Also, if you haven't subscribed, here is the link 👇👇 https://youtu.be/0zU9UKMpBEA #Muhonja #Afrika

Her style is Afro-fusion and some of the artist that she looks up to locally are Nyashinski, Bien Aimé of Sauti Sol, Dela, just to name a few.

Muhonja would love to work with the likes of Asa, Dobet Gnahorè, Angélique Kidjo, Yemi Alade and Nyashinski in future. She also sees herself mentoring other upcoming musicians, coaching vocalists and instrumentalists.

The 27-year-old singer also dreams of having a museum of African instruments, dance, art and music. She wants to tour and grace all the stages that she dreamt of as a child.

Muhonja told this writer that although she lost her job singing and performing in hotels, it was a blessing in disguise because she was able to meet her current manager who pushed her to record her first song dubbed Unataka Nini.

Unataka Nini basically addresses gender based violence. Muhonja has been a victim of GBV so it’s personal to her. In the song, she asks the man, “unataka nini wewe?” to save herself from the violence.

Although this track was inspired her pain, it’s a masterpiece. Muhonja’s voice is totally amazing and you just want to keep listening to her. Notably, the instrumentation is also on point.

The video is also dope as it paints a visual image of the lyrics of the song so much so that you would know what it is all about by simply watching the video. Big up to Kevin Bosco Jr. #SayNoToGenderBasedViolence.

Watch Unataka Nini below and tell us what you think.