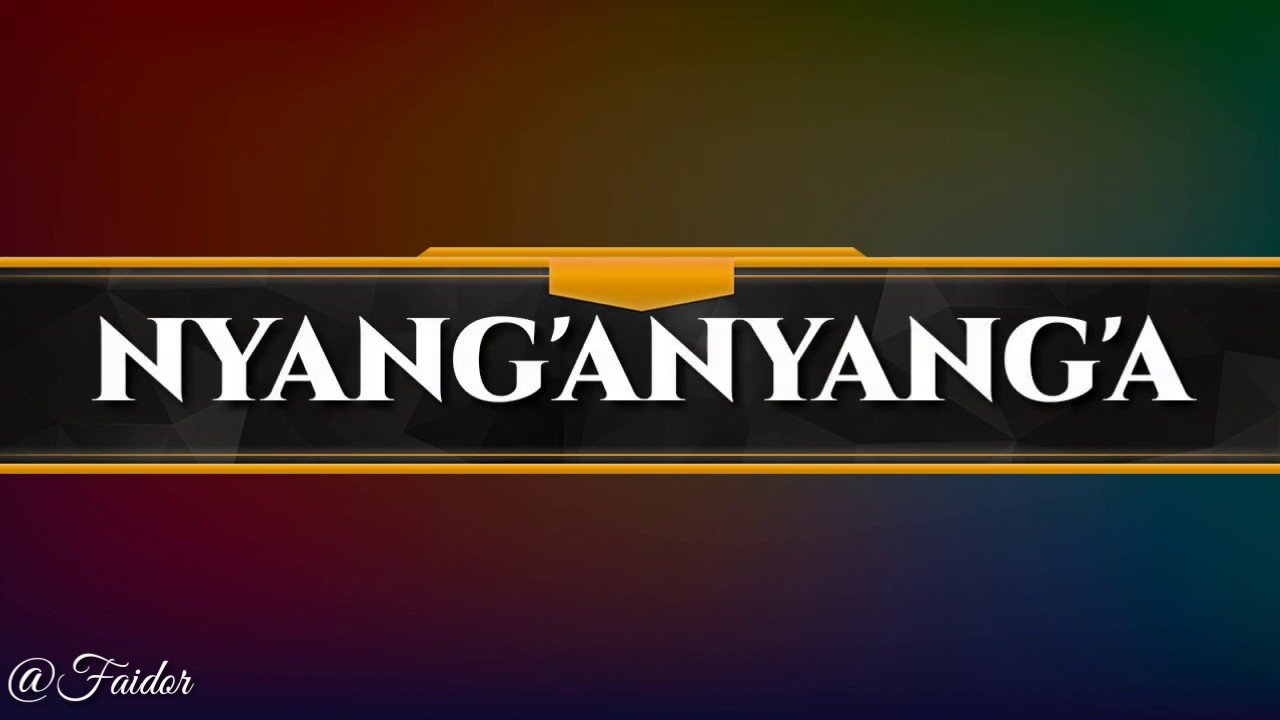 ” Oooh, uchungu wangu unaujua wewe Uchungu wako naujuwaga mimi mwenyewe Pilika pilika za kuku na mwewe Adui ndo inazo walazi wasitusumbue” .In this verse Aslay says that the lover knows the pain he goes through and he as well understands her.He goes on to say that haters are on the run but they will not disturb them. I like this verse,symbolism has been used when he says Pilika pilika za kuku na mwewe to explain the speed.

As per the lyrics the song can also be played in clubs, weddings or any social gatherings, this is because the words are not vulgar. This shows some maturity. Although the song is good, I feel like it’s target audience is limited to the age of 18-25. This is the only age bracket that would really understand what Nyang’anyang’a means.

Although the song is nice the dancer in a yellow dress seems to have more enegy than anyone else, she gives life to the song. I like this. I would give the song a rating of 6/10. To me it would have been brought out better if more energy is put on the dancers.