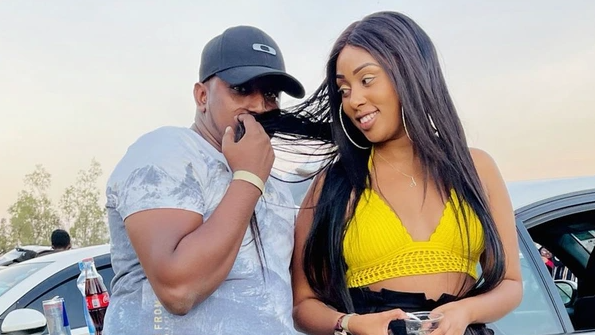 The drama that escalated on the night of 29th last month between Amira and Amber Ray is now being associated with witchcraft. From Amber Ray’s fan’s side, it’s believed that Amira dropped a d**d bird on Amber’s home as a sign of using black magic on her. But Amira’s fans believe vice versa.

On the other hand, Jimal, who still remains silent on the issue, decided to flee the scene. It’s alleged that Amber used juju on Jimal and that’s why he’s sticking with her. One of Amber’s rival fans warned her that her Juju is going to fade soon and she’ll get kicked out; just like in her first marriage with Zaheer.

On her Insta stories, Amber has answered the fan by claiming she’s ready for it. 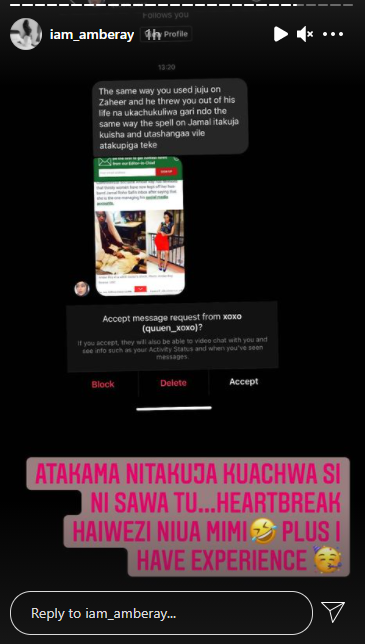 Regarding the Syokimau drama, Amber Ray had previously disclosed that she’ll move out soon. Her reason for moving? Well, according to her, she says her life is in danger. And from the looks of things, it definitely is. Even though Amira blamed Jimal for the drama, she’s definitely still going after Amber Ray.

Jimal is yet to decide his next move on this issue. One thing’s for sure, if the issue is not resolved soon, there’ll definitely be more drama.