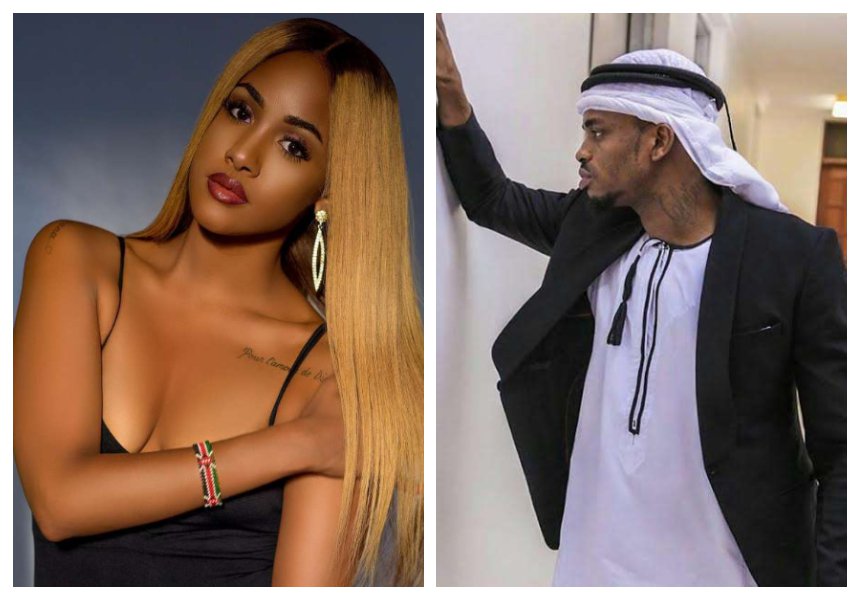 Diamond’s philandering ways have put him at a tight spot to an extent his girlfriends-cum-exes keep forewarning any lady who falls into his trap.

First it was Zari he cheat on with Hamisa. Before pouncing on Tanasha. Both Zari and Hamisa have sent messages of caution to the Kenyan model who is now pregnant for the Tanzanian crooner. 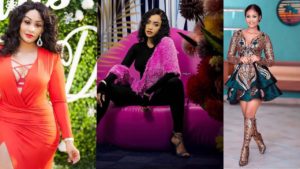 Seems it has finally sank in or come to light that no matter who or what status a lady who Diamond gets himself involved with has, history will always repeat itself.

And it is the high time Tanasha took note of this and set the record straight. Well, she has set her standards and the ball is now in Diamond’s court.

Through her Insta stories with a song playing in the background, Tanasha stated her demands, posting:

I love my baby daddy but if he f**k another b!tch, I won’t ever ever touch him (he knows it). 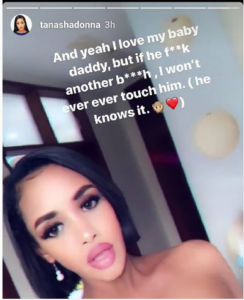 Meanwhile, Diamond has been trying to assure his fans and exes that Tanasha is just one of a kind.

Thereafter in March, the ‘Tetema’ hit maker while commenting on one of the beauty’s photo, publicly vowed:

Will he stick to his word? Let’s give him the benefit of doubt because the ball is now in his court. Hawezi sema hakuambiwa!