Rick Ross has fallen out with Diamond Platnumz? The American rapper has decided to delete all posts that had Diamond from his Instagram handle.

Both Diamond and Rick Ross are Luc Belaire brand ambassadors. Their ambassadorial jobs is the the reason why they met and even dropped a song ‘Waka’ together.

Rick Ross first posted a photo of Diamond on his IG after the Tanzanian superstar was unveiled as Luc Belaire brand ambassadors for Africa. 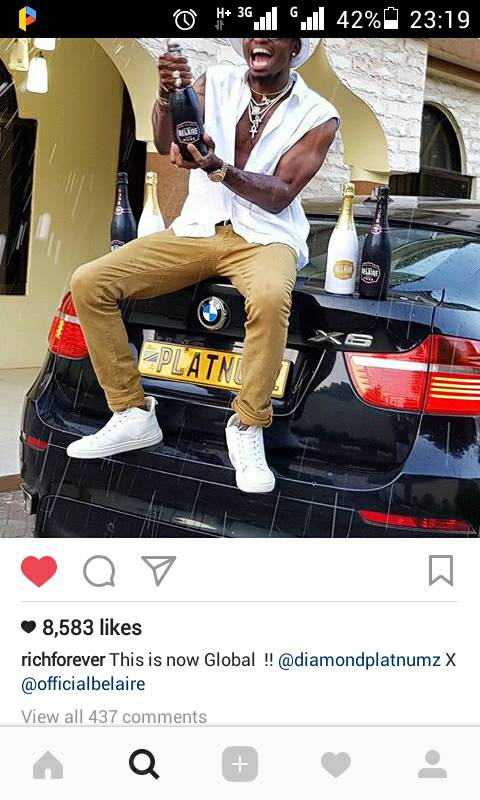 In October 2017 Diamond traveled to Miami, Florida to meet Rick Ross. The two artists shot their song’s video in Miami and Rick Ross posted more photos of Diamond on his IG.

Between October and December something happened that made Rick Ross fell out with Diamond, or so we think. The American rapper did not share the link of ‘Waka’ video on his IG when the song was released on December 7th. 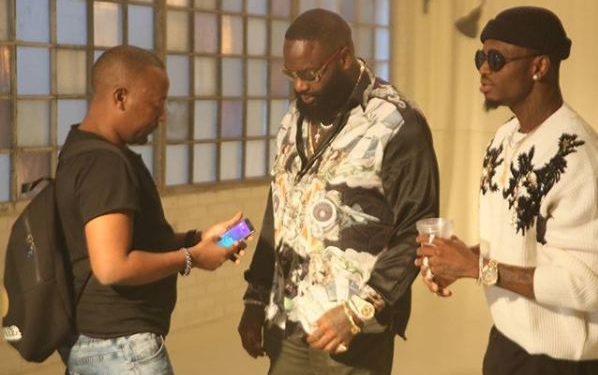 Babu Tale (Diamond’s other manager), Rick Ross and Diamond during the shooting of ‘Waka’ video in Miami, USA.

Rick Ross didn’t do anything whatsoever to push ‘Waka’ video. Also note that Diamond kept on postponing the release date of his song with Rick Ross. Fans were eagerly waiting for the new jam as it was supposed to be released on December 1st.

Diamond’s fallout with Rick Ross became evident when the American rapper deleted all posts with Diamond’s photos from his Instagram handle.

And to further prove Diamond and Rick Ross have a beef, Huddah Monroe post is still on the rapper’s time. Huddah is also Luc Belaire brand ambassador. Rick Ross posted her photo on IG in September 2017.