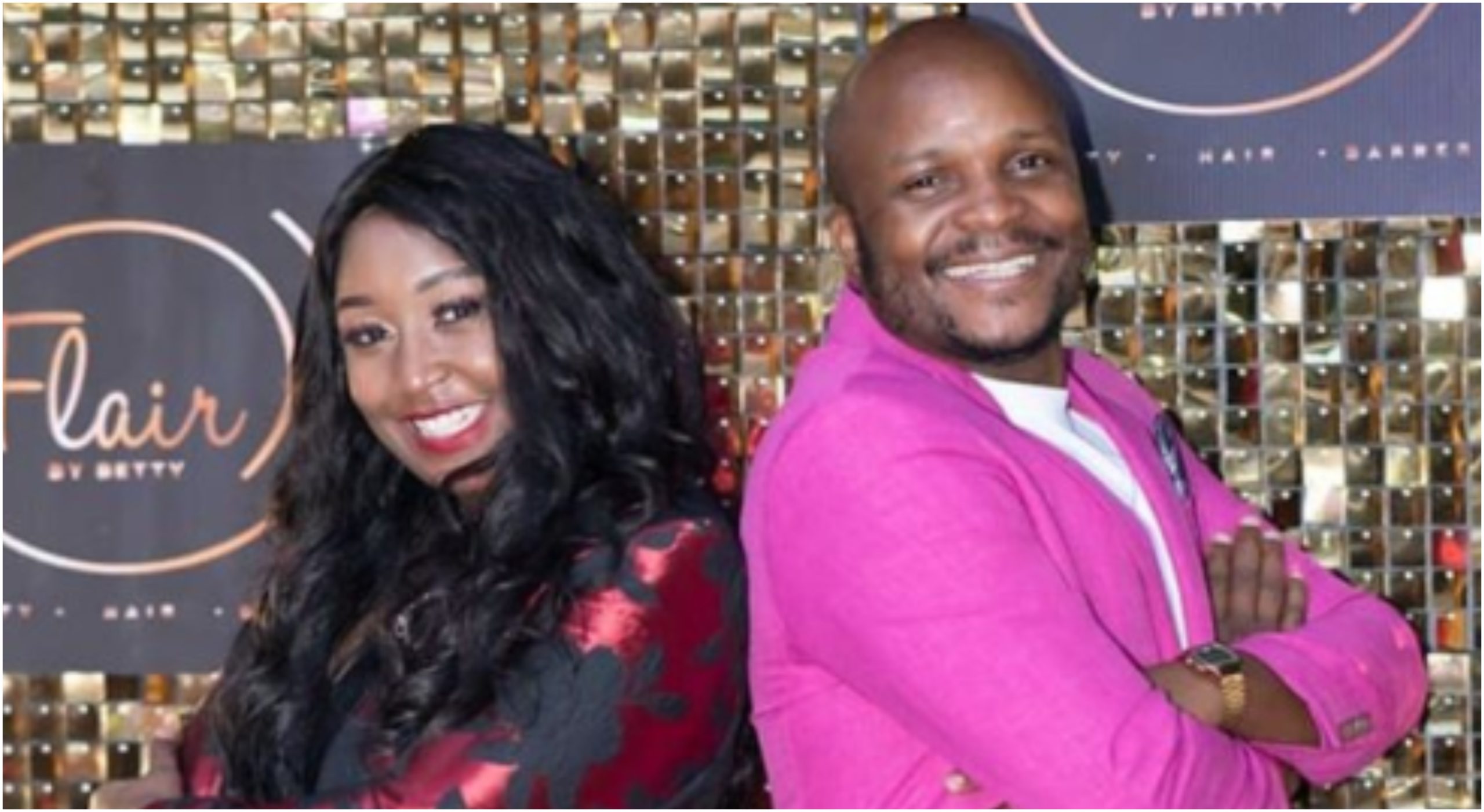 No lie, revered Kenyan media personalities, Betty Kyallo and Jalang´o are a brand to reckon with in the entertainment and TV industry.

The two have made several public appearances together, but their kind of chemistry when on TV has been wanting and raising speculations about them.

During his previous interview with the TV siren on BongaNaJalas, the comedian literally leaned in and gave Betty a peck on her left cheek, before they both smiled at that. 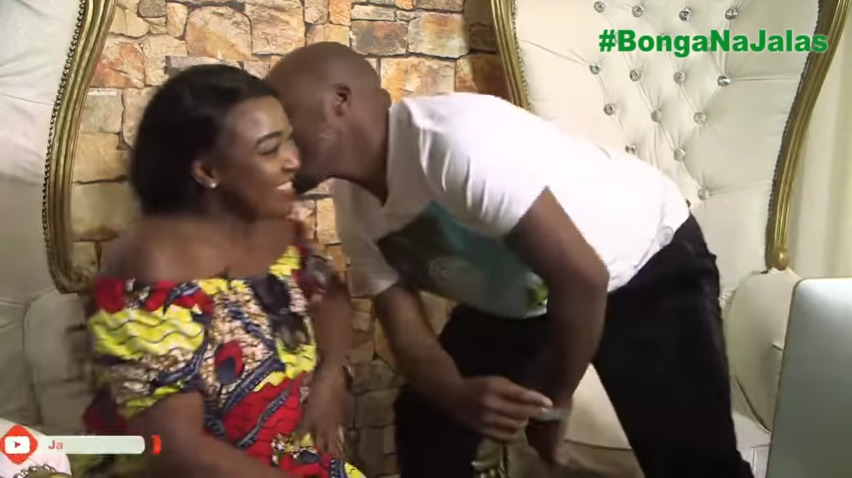 Now recently, during the mega-launch of her Flair by Betty beauty parlor, the mother of one had Jalang´o grace the event as her distinguished MC and for sure, he sure did a great job. 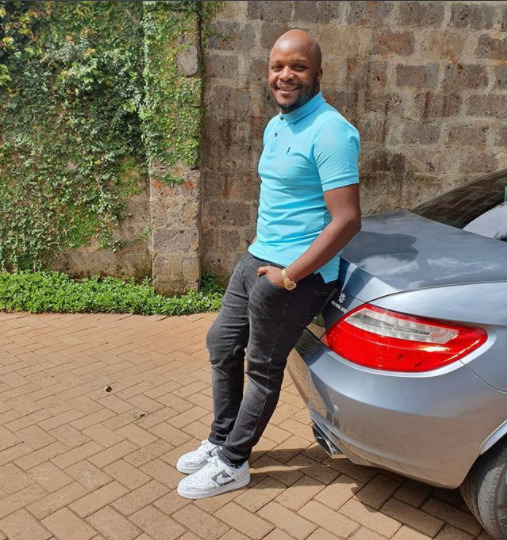 However, right before the occasion started, the duo had a quick tour of the refurbished salon and barber boutique, where their chemistry only ignited the more.

While Live on set, the radio personality asked to get a massage from the 31-year old. And believe you me, she stood up and gave him a massage – something that left the two pretty excited. 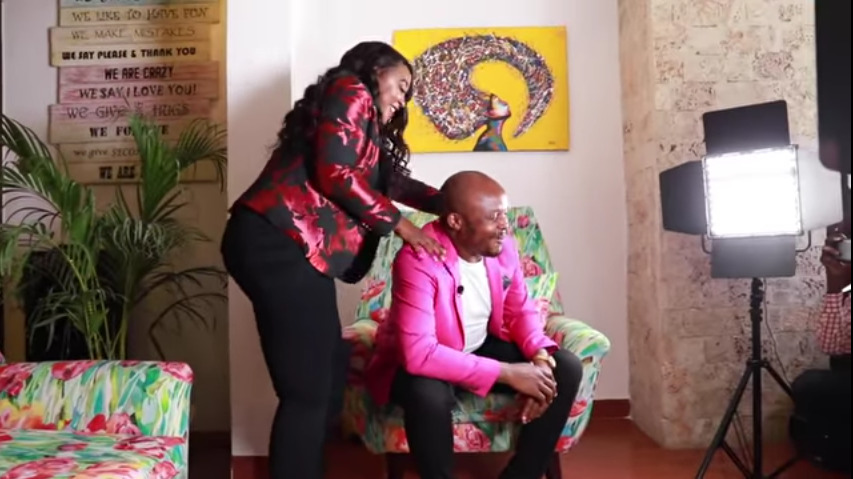 The pair then headed into the manicure room where Betty tried demonstrating how her clients will be getting attended to, as she massaged Jalango´s fingers while playfully commenting ´aki Babe…umekaa sana.´

Only for him to quickly lean in and try to give her a kiss before Betty shied away and the two walked out. 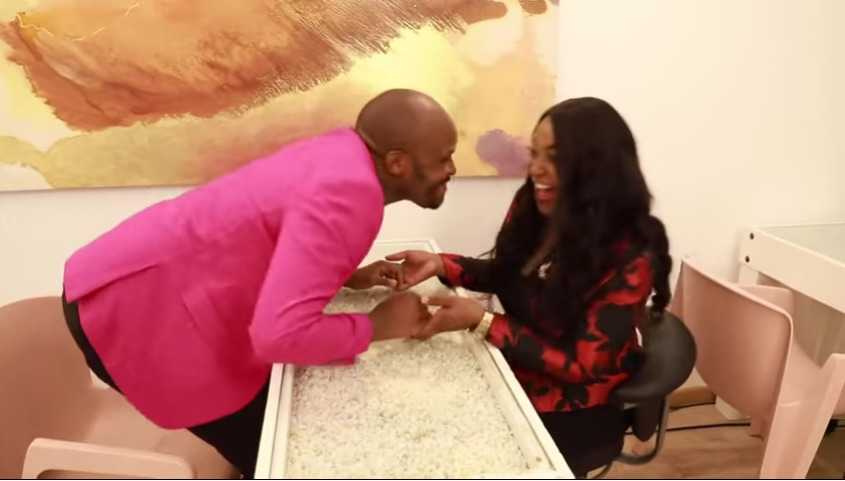 Their language well, I think is something only the two understand. Having both previously insisted that they are but good friends who come from way back and who support each other´s ventures.

Anyway, these two have really been playful on screen and we can only let them be but also wish each of them the best of life´s goodness.