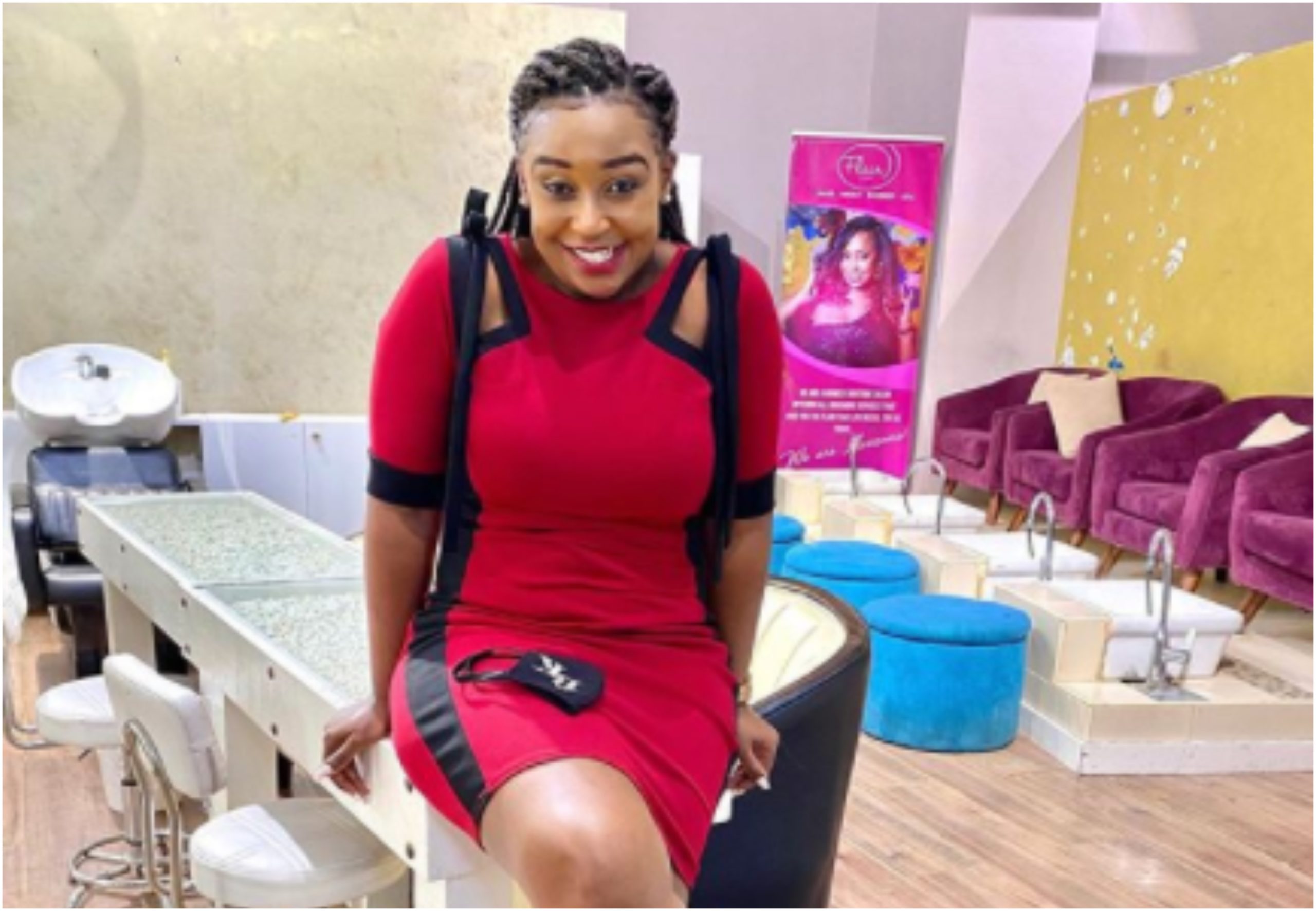 K24 is reportedly set for a shutdown after Standard Group´s KTN News bought some of its programs, as alleged by editor and producer, Eric Njoka of the recently established media station.

The Kijabe-street located media, houses Kenya´s prime journalists among them a bubbly Betty Kyallo and a fierce Anne Kiguta just to mention a few. 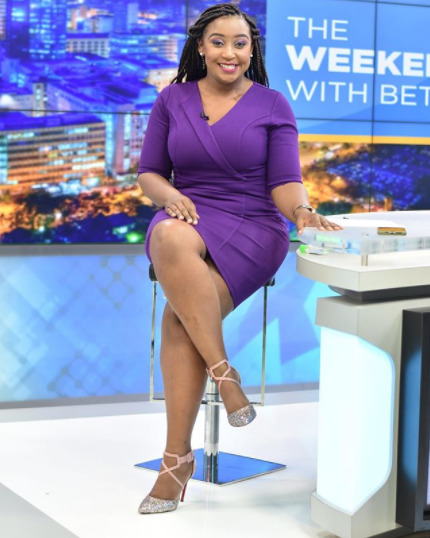 Soon after K24 announced a 50% pay cut for its employees, Betty Kyallo had to resort to other means of making money, to keep her income steady, her salon business running and her daughter housed and with a solid future.

Tuesday, 5th May, the TV girl opened shop at her beauty parlor, Flair by Betty, assuring her clients that all necessary measures for safety against Corona had been taken.

We are all wearing masks, disinfecting our surfaces after every client and have sanitizers all over the salon. Come through we got you! 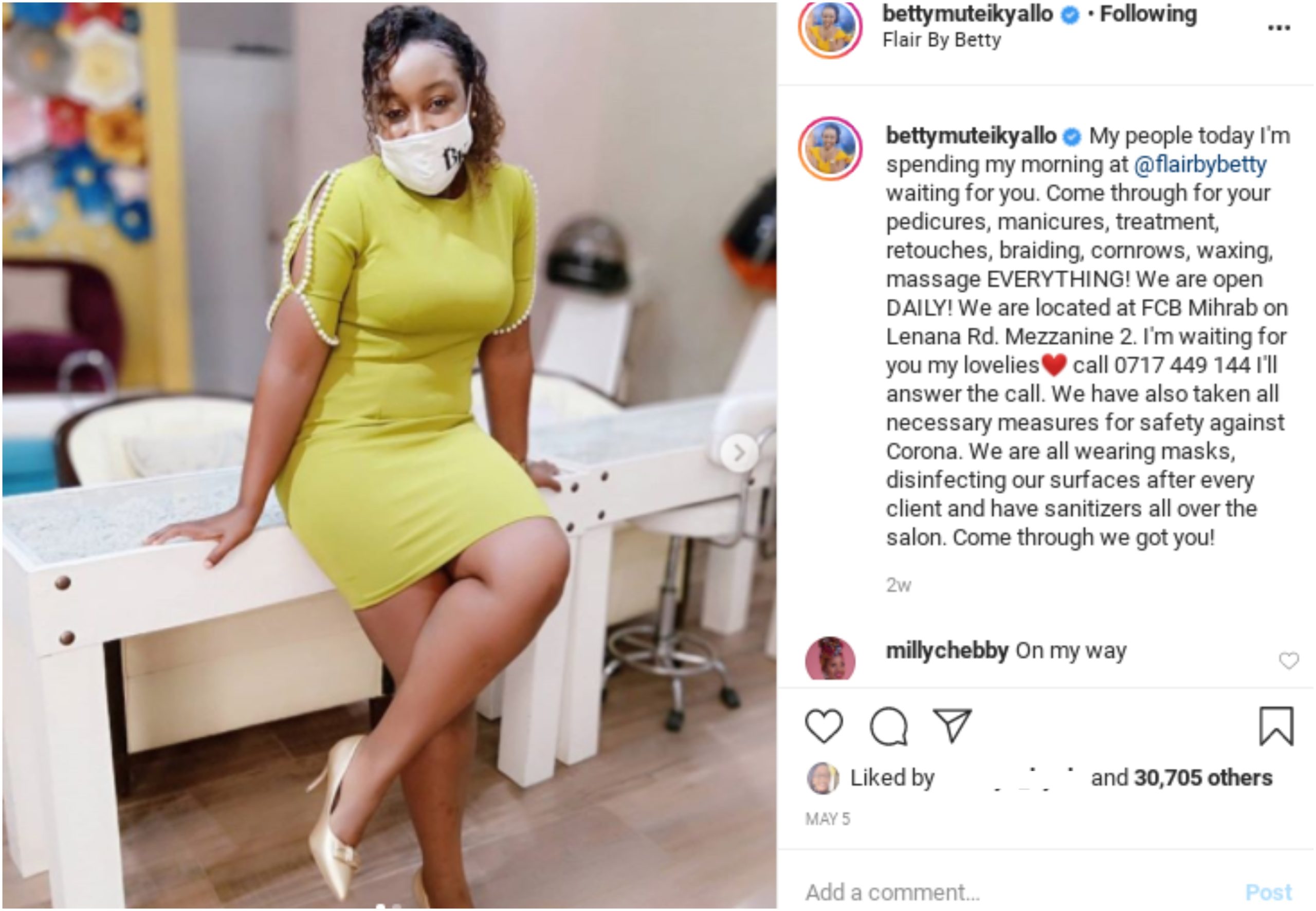 Mid last week, the mother of one announced the official launch of her YouTube channel, Betty Kyallo Lately, with it´s first video up amassing at least 5,000 subscribers.

Quite impressed by the massive love and support from her online fam, the 31-year old sent a big Thank You note to her fans asking more to come through for her. 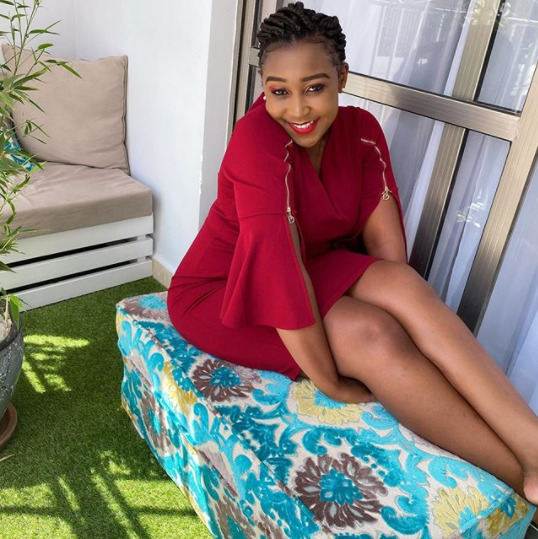 Well, Betty has been having some rough days of late – you can tell from her eye-bugs which she covers up in shades but all it needs is a closer look.

One day, quite exhausted, she returned home and admitted that if all that sweat and back-breaking is what is needed to see a dear Ivanna never lack, then she is ready for it.

You get home so so tired and then you see your baby and you say ok… I’m happy I’m tired because my Baby will never lack. 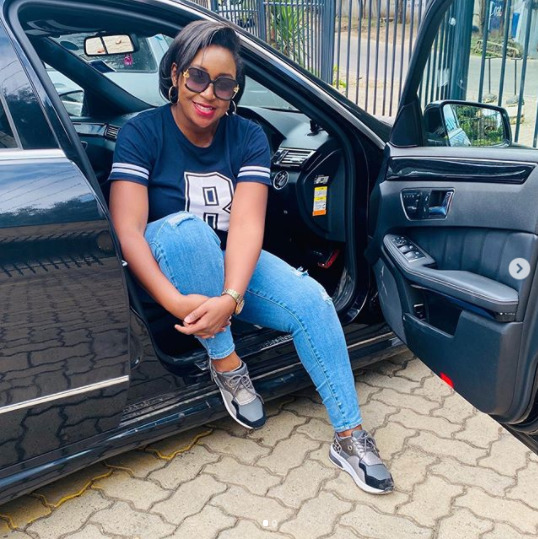 Mother of one, Betty Mutei Kyallo

Speaking of toiling hard, the media girl shared a short clip of herself already beating the morning dew, trying to get some paper.

Sounding pretty worn out and just doing what she needs to do, Betty was on the grind.

On another Insta video, she was seen cruising her Mercedes Benz, driving off to fend for her little baby girl.

Plus, if you´ve noticed, she spends more time with her family – daughter and siblings – as well as with her friends. Lesser time is spent promoting her evening weekend shows on K24.

Probably because at the end of the day, family will always be your pillar of strength, when everything else topples. 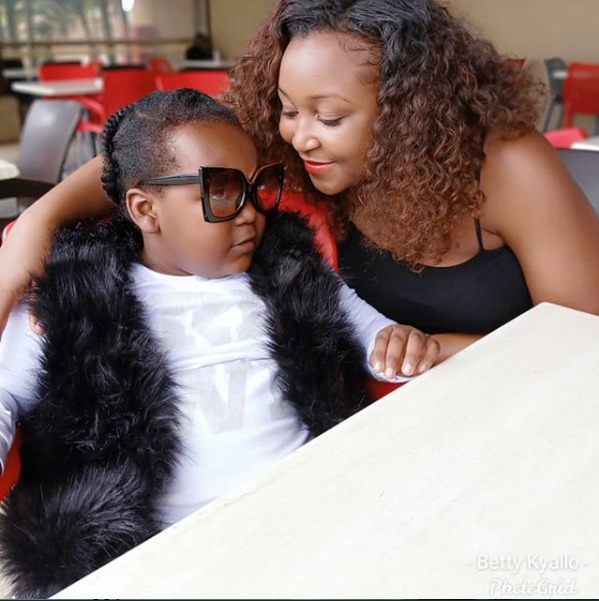 October 2019, Mediamax fired at least 160 employees right from editors, to reporters, to heads of departments after issuing the affected individuals with a one month´s notice.

That is when the likes of Swahili news anchor, Mwanaisha Chidzuga among other titles were shown the door.

Also read: ¨K24 was a hobby. I have my main hustle¨ Mwanaisha Chidzuga´s savage response after being fired from K24 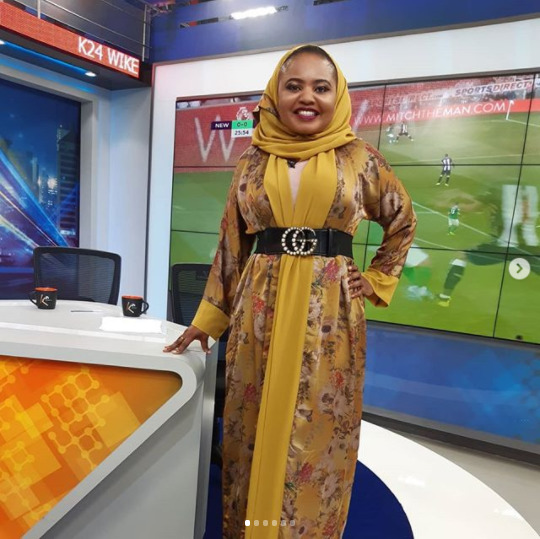 A move that saw Betty Kyallo and other journalists take to court to sue Mediamax Networks Limited over salary pay cuts, that none of the employees had allegedly been consulted on.

In an injunction issued by the court on Thursday, April 23rd, the media house was barred from slashing the journalists´ pay as the case awaited hearing and determination. Unfortunately though, it looks like the woes of the employees might no longer be heard after a possible merger of K24 and KTN News, or rather a shutdown of the former.

In an online rant by K24´s Eric Njoka, K24 staff might be declared redundant – no longer in employment – in barely 30 days, regardless of your position.

KTN News or Standard Group has officially bought some programs on K24 TV. So, K24 staff will be declared redundant in a month´s time… They are getting rid of every person that you know, every face that you know on K24 TV, every producer, anchor, reporter, news editor that you know. Eric added that all these shambles started back in April 2020 when Media Max´acting CEO, Ken Ngaruiya issued a notice to its employees of a 50% pay cut, with zero consultation.

According to the editor and producer, all this trickles down to President Uhuru Kenyatta´s stake in the media station, one he believed cared less about its employees and their means of survival.

We are working for a president who does not care. It seems we are children of a lesser God because no one is listening to us. Adding that, if at all it is true K24 will be shutting down, that simply means all its employees would pack their bags with only half their salaries.

This comes just hours after one of the station´s reporters, Kori committed suicide.