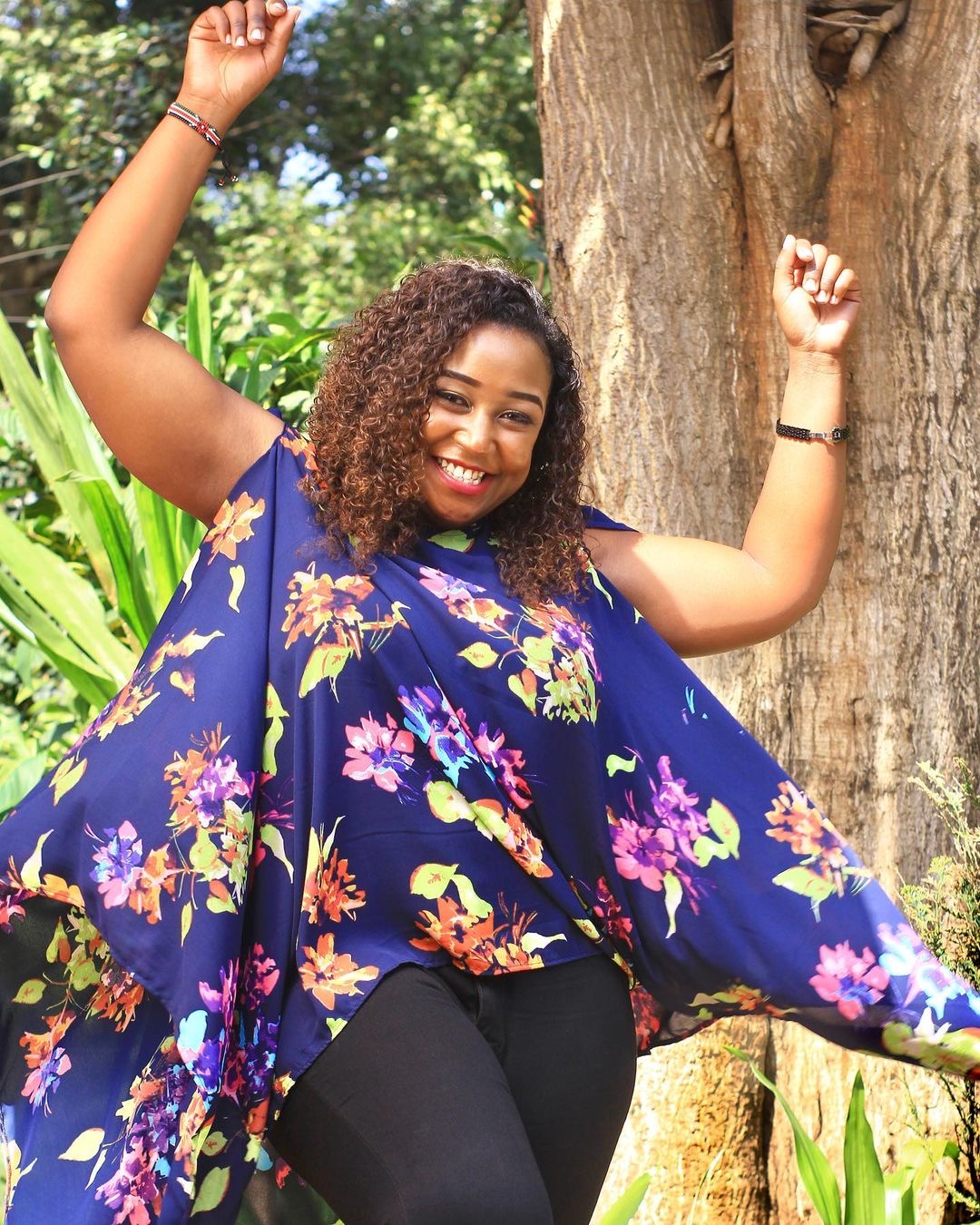 Betty Kyallo and Tyrese have had the most unlikely of tiffs. And from the look of things, she is the victim of something we have grown to make fun of; the fact that for better or worse, the internet never forgets.

You see, Betty Kyallo was at one point in the past married to Denis Okari. Their wedding was the stuff of legends with everything sponsored to ensure it was top notch. Their romance had previously caught the attention of the nation so naturally, their wedding too would captivate more than a few individuals. 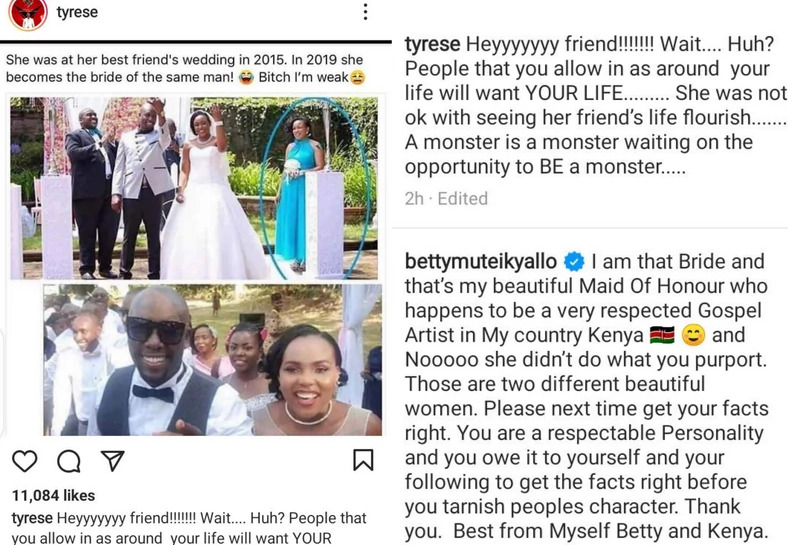 So naturally, when her marriage imploded our attention was called to what was unfolding. Things were made ever more tantalising when rumours of infidelity on her part were made public.

Betty Kyallo did not make things any easier as she would feed the gossip and the blogs with her incessant harpy posts about her marriage. She would insinuate she was moving on but all the while belly-ache and complain about her lot. 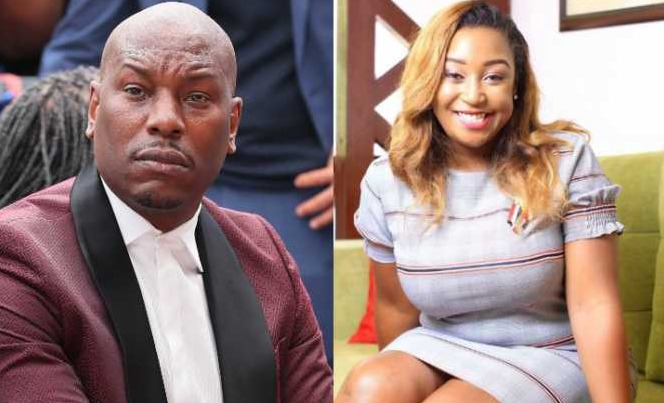 Then she went on to give interviews about her side of things. Betty Kyallo finally made it easier for herself to become the target of trolls by seemingly confirming the rumours many only had hitherto dared to whisper.

So now, we have just been treated to how the world truly is a global village. Tyrese Gibson, the American singer turned Fast and furious star decided to share a post that had caught his eye and lo-and-behold, it was a post about Betty Kyallo that had been created by trolls. 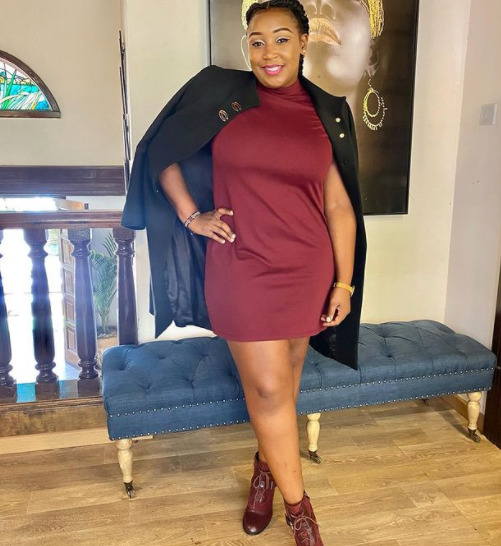 Betty Kyallo needs to learn to be silent

And trust that she has learned nothing at all. She was back to her internets and was spewing her side of things against Tyrese. Understandably, she was big mad that he had shared something that was false. A meme about how Denis Okari had left her for her bridesmaid.

But that wasn’t the smartest thing she could have done. She should have simply ignored it all and quietly asked Tyrese Gibson to pull down the meme. Instead, she has reminded us all about her abortive marriage. And therein lies the moral of the story: The internet never forgets and the internet is unbeaten. 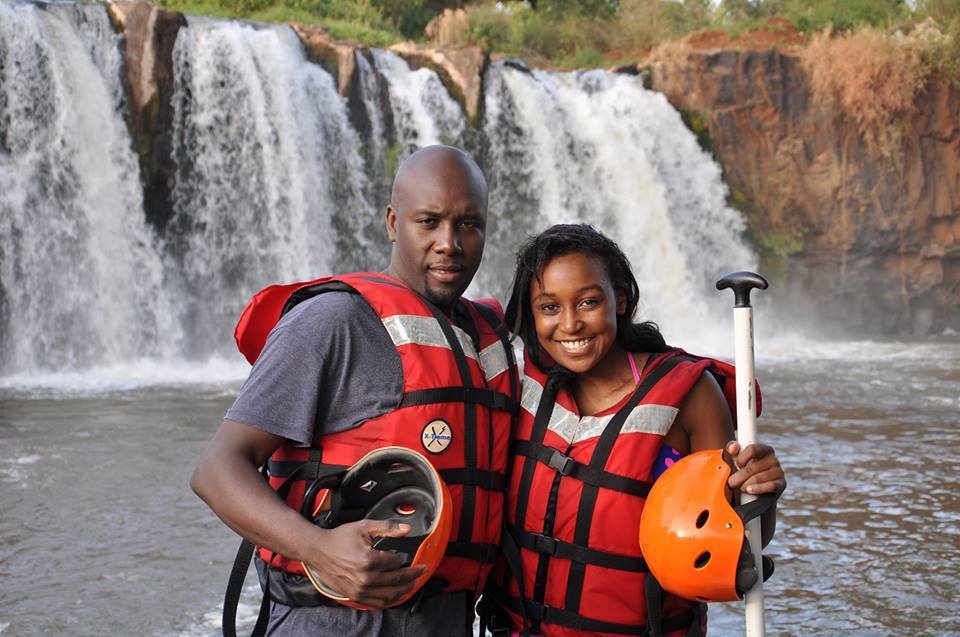 And perhaps, next time, we need to recognize the sort of things that need to be kept private and we would be best advised to actually respect that privacy.