“Betty Kyallo, you are a Hero!” Akothee’s open letter to the single mother 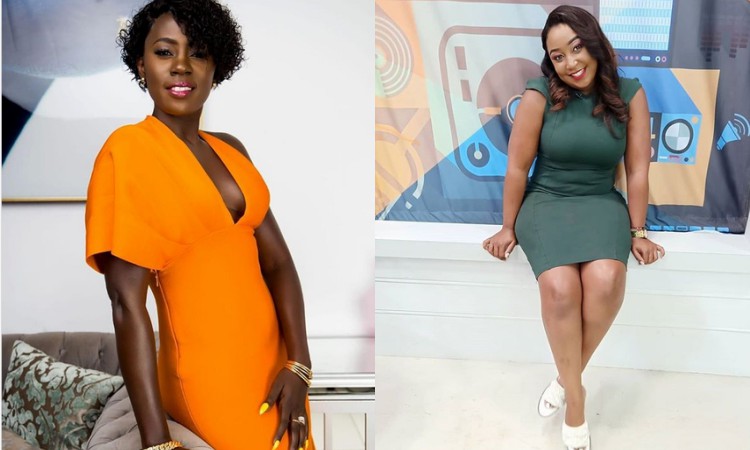 Betty Kyallo scaled up the third floor, after turning 31 recently. Madam Boss, Akothee dedicated the day to celebrate the TV girl’s milestones despite the mud splashed on her.

Betty’s history in the last few years hasn’t been one to admire and despite the fact that humans are imperfect beings, she was hit at endlessly, just because of her mistakes.

However, President of single mothers, Akothee is not going to table the criticisms, countering the attacks with an open letter of admiration to the beauty. 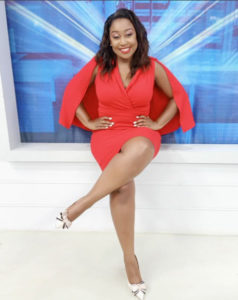 Instead, for Akothee, Betty stands out as a young woman who has curved her own path and with a thick skin, closed out the criticisms thrown her way.

Forget about BETTY KYALO THE BRAND & focus on the little girl in her , this is one of the amazing single mothers that I love appreciate and adore. Betty is in her early 30s,and despite all the judgments ,social media critics, honorable of justice Wannabees of Mr / Mrs Know All , this girl has done quite alot for herself at her age 💪. 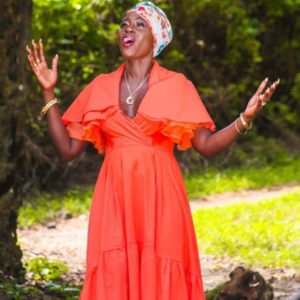 The sultry singer blasted trolls who had nothing to show of themselves, with an age almost double Betty’s but mouths always open to pinpoint her flaws.

Some of you screaming and making noise are already in your 40s with not even a name, a brand or a business ,forget about a family 💪. Early Last year, she had her child in hospital for over months 🙆‍♂️🙆‍♂️, but she was constantly on TV and still moving around with a strong face, not knowing she had fire burning in her !

Recounting the order of events on the fateful day Ivanna was fighting for her life, Akothee revealed that she was physically present with the TV girl in hospital.

I happened to go visit the daughter, unfortunately the same day, her mother who was there to help her balance between her career and the sick child had had ,an accident, she fell and injured her knee, she was also admitted in the same hospital with her grandchild 🙆‍♂️🙆‍♂️!, 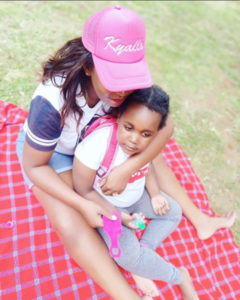 Unfortunately, the blogs were not giving the K24 journalist any space to breathe, with negative reports left, right and center.

the same day, I saw a blog busy blogging negatively about how betty has taken weight and no longer look after herself 🙆‍♂️🙆‍♂️ compared to the other newly married 🤔🤔. I wondered if she was eating in their house. This hit me below the belt, forcing me to call on the blog and ask if they really know what that girl is going through. Or are they just writing because they want to write 🤔🤔. I felt soo much pain as if she was my sister 🤔🤔.

An irked Madam Boss only wished masses would understand what single mothers go through. And what it means to meet the needs of your child(ren) and give them a quality life. 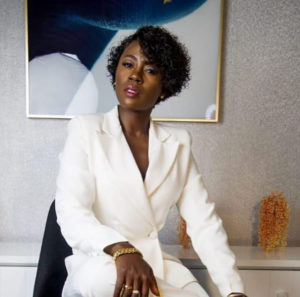 Akothee lamented that society judges too much without getting to the root cause of something.

Every single mother is feeling what I am saying , balancing between career and family is a hell of work , people will meet you out having fun once in a while and start judging and even asking you where you have left your child & with whom . But no one will ever ask to which school she / he goes too,ask for the bank details and arrears. If they ask you the school, they want to know your standards 🤔🤔( binaadamu).

Thumbs up to mama Ivanna, Akothee celebrated the TV beauty as she turned 31, being a boss, a brand, a single mother, a businesswoman and still pretty.

Betty Kyalo You are A hero , a SIBUORESS
I visit her saloon @flaibybetty just like any other customer, I dont ask for fee service simply because I am a celeb. I walk in do my shit ,pay & leave, I still go ahead joke with her employees. 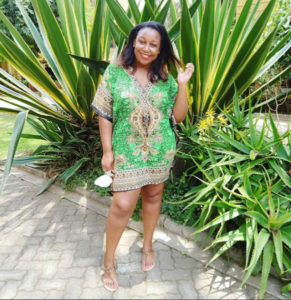 Showering her with love and praises, Madam Boss gushed:

She is a beautiful soul, a good innocent girl , mummy. Do what you ought to do ,hustle until someone ask if you selling. HAPPY BIRTHDAY MOMMY @bettymuteikyallo