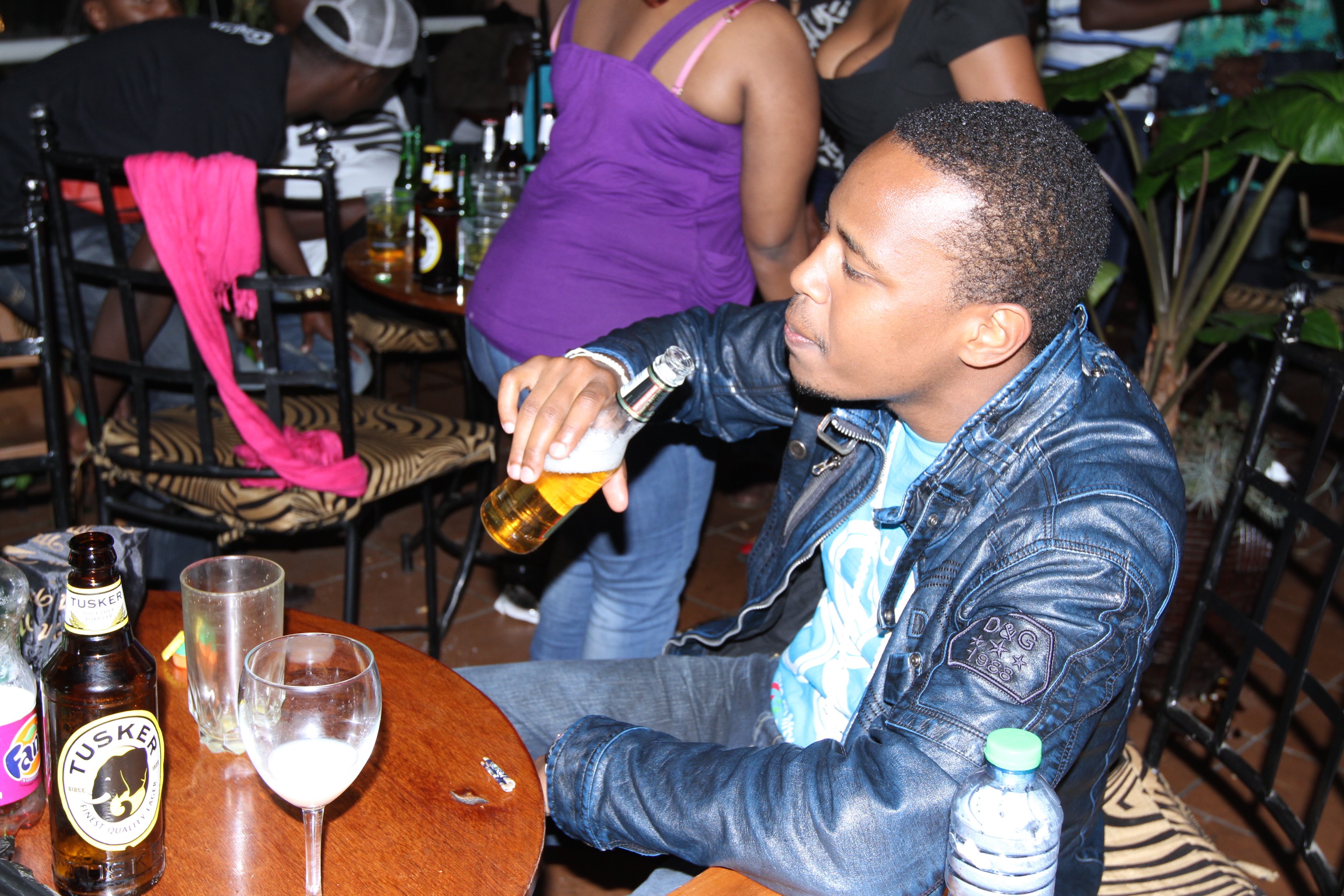 DNG has been making headlines for the wrong reasons for years now and many agree that he changed after he broke up with his wife in 2016.

According to DNG he parted ways with Yvette Nungari who hard a dark heart; that came with a beautiful face and figure. He revealed this while responding to a fan who reached out then, asking about the new bride’s where about.

DNG on the other hand seemed quite bitter as he replied asking the fan to marry Yvette now that she is single. DNG responded saying;

He then went on to talk about Yvette saying that she was beautiful however her dark heart is what forced him to leave her. Through his Instagram page the hype man added: 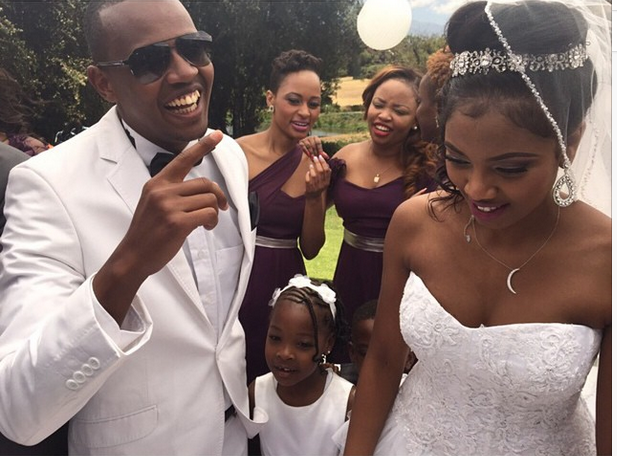 “I dumped a really hot chic who had a really dark heart and a [expletive] personality. I’d rather be with a chic who scores 1/10 when it comes to looks but who has a heart of gold. It takes a really mature mind to understand such depth.

Well, as you know DNG has been moving from one woman to another and sadly he allegedly preys on light skinned women.

Things got out of hard after he was exposed for sliding into a minors DM, something that almost cost him his career. Anyway, the guy never really learnt his lesson and now in 2020 he is said to have used yet another Instagram slay queen.

After dumping the alleged lover, DNG has been exposed for sharing her nudes in social media; and surprisingly it’s actually one of his friends who shared the news with Edgar Obare. 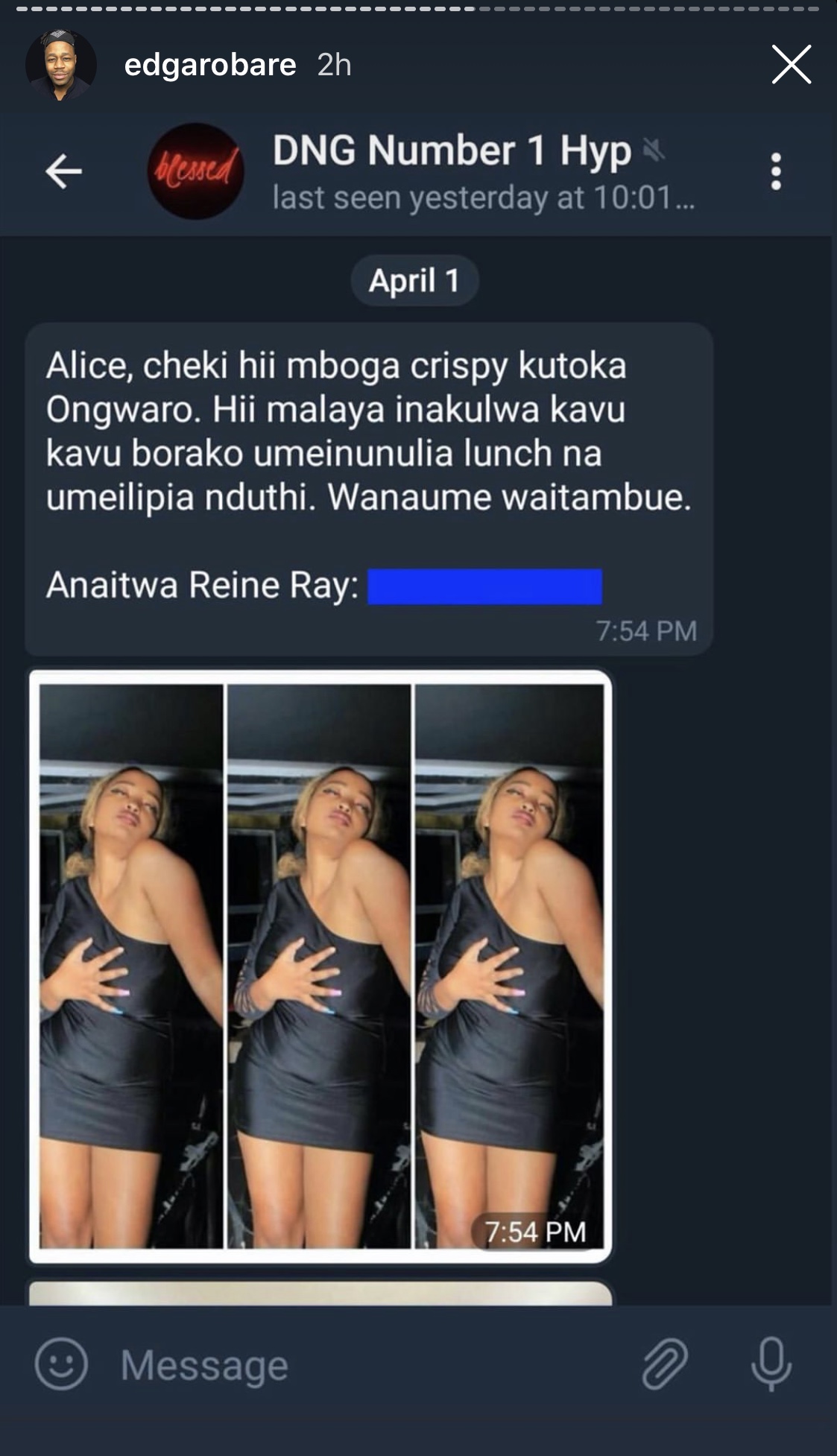 Since DNG has nothing to lose, he shamelessly circulated the photos leaving the alleged ex lover explaining herself on social media. 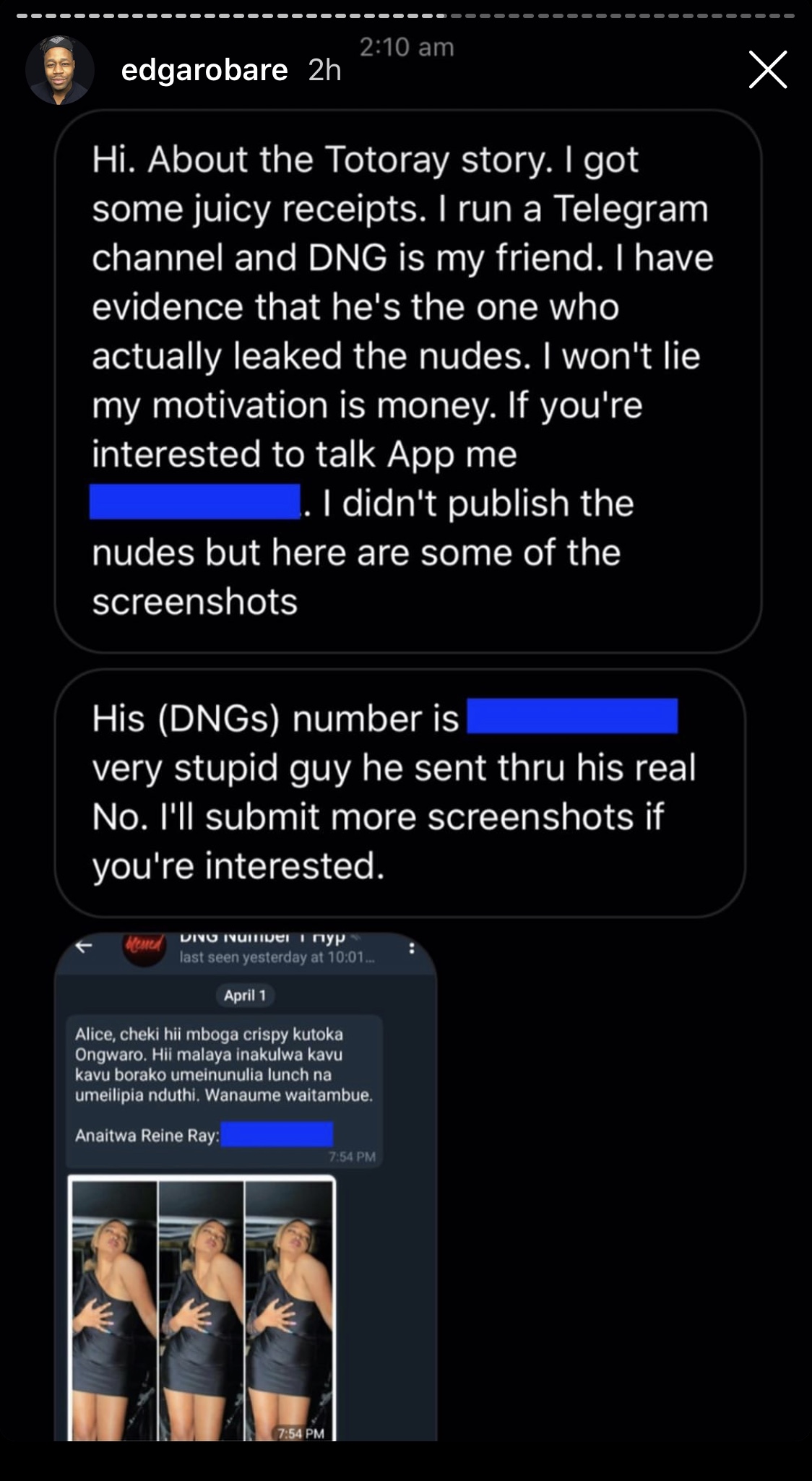 Below are the some of the photos of Totoray they have left the girl making noise on Instagram as she fights to her justice.

How old is DNG again? 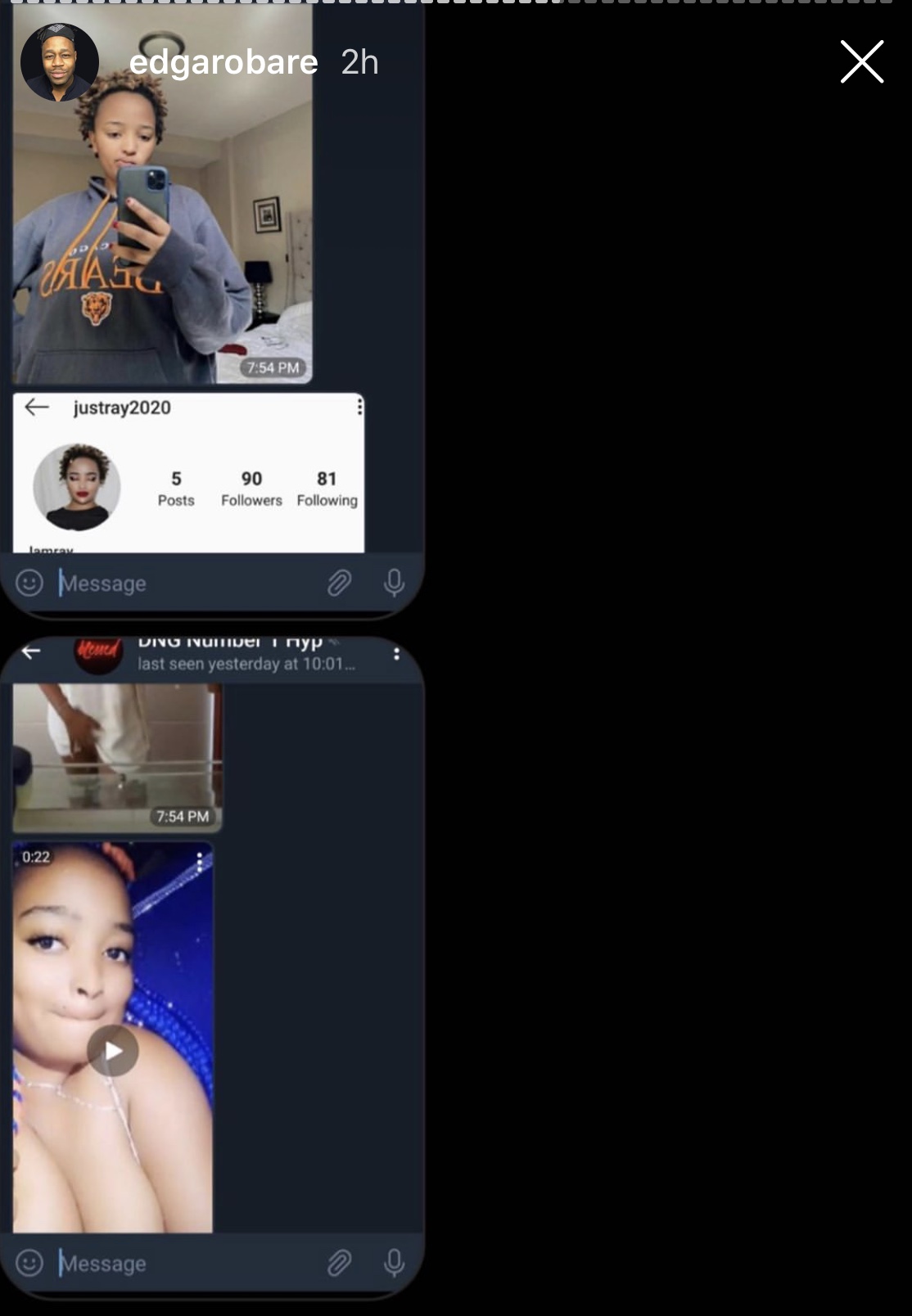 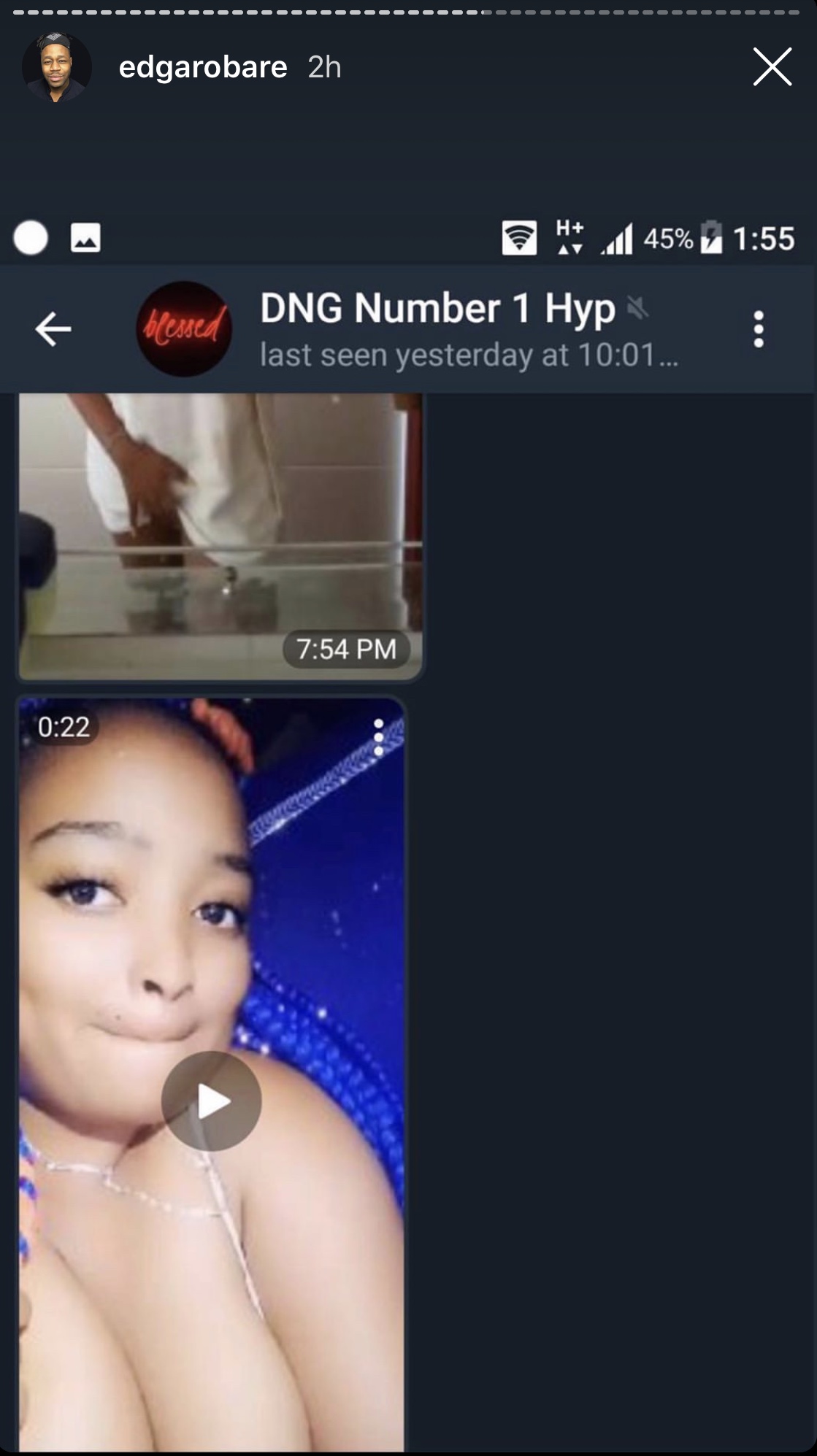 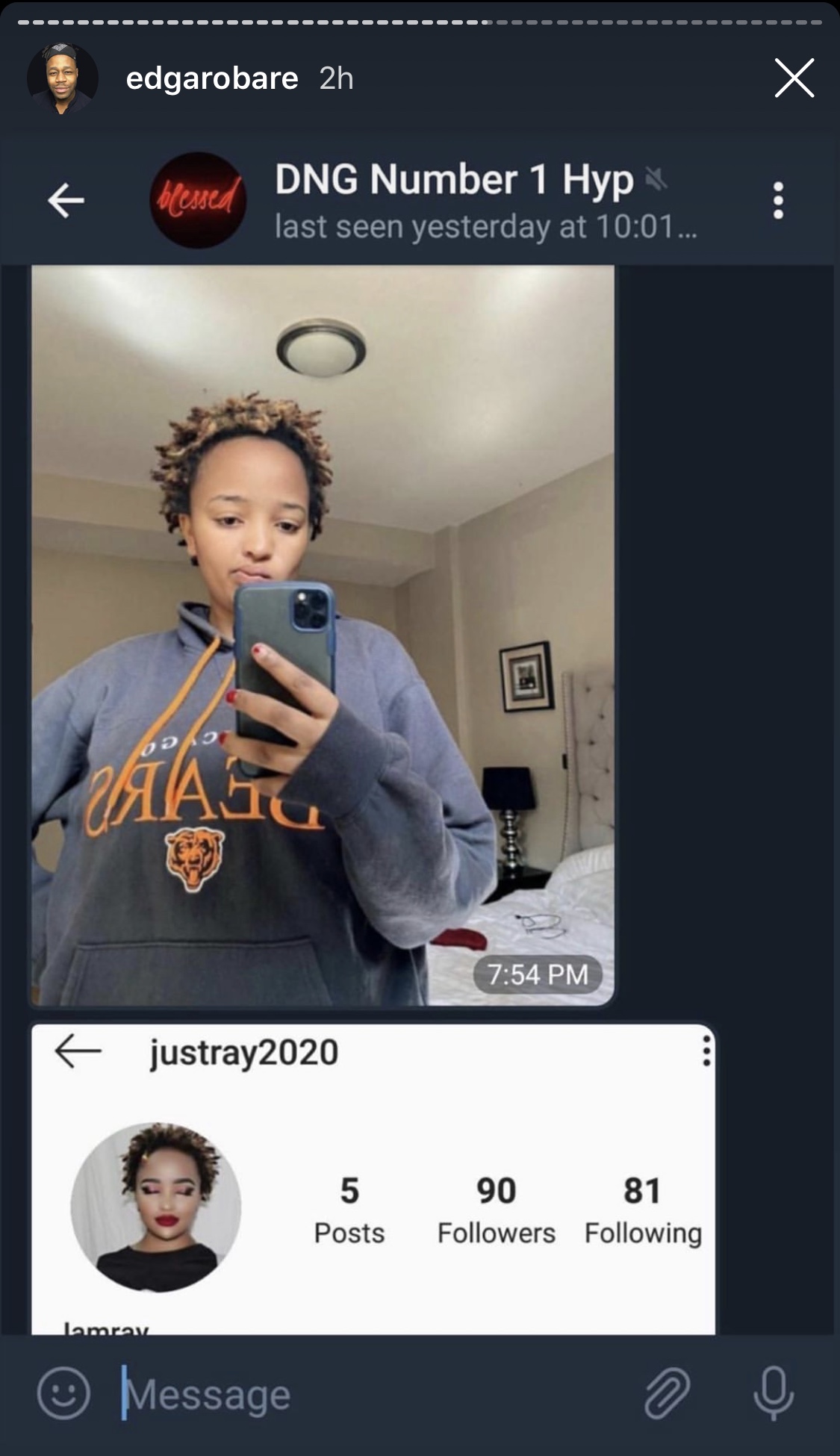