Boondocks Gang is the future of Kenyan music

I’m always awed by Boondocks Gang, the group that treated us to Rieng, because they are so creative. You agree, don’t you?

The group that is composed of; Odi Wa Murang’a (Kid Furnace), Edu Maddox and Ex Ray is without the future of Kenyan music, if they tone down their vulgarity.

Within a very short time, Boondocks Gang, has moved from an unknown group to one of the most most popular groups in the country.

Just like other new-age artists, they are really aggressive. They are fighting for a space in a very competitive industry an as such they’ve had to set themselves apart. 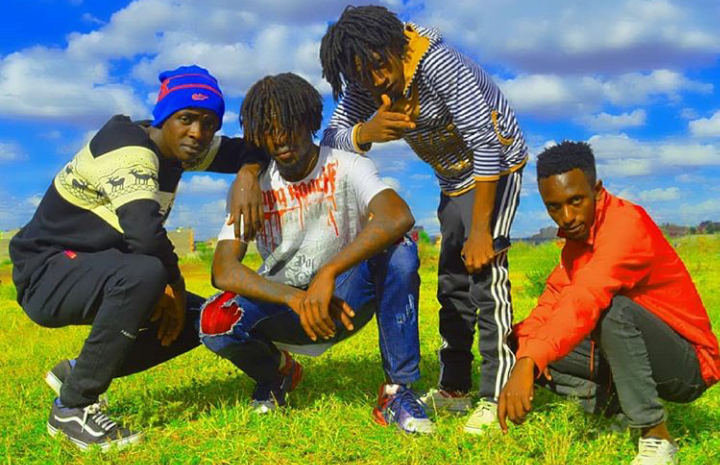 Apart from releasing a number of solo projects since 2019 begun, the group has also sought collabos with some of the leading artists in the country.

Some of the people they have worked with this year are; Willis Raburu, Kristoff, KRG The Don, DJ Lyta, Gwaash, Rankaddah, VDJ Jones, just to name a few.

These collabos have played a big part in expanding their fan base and as a result, their name has really grown. I just hope  that thy will keep the momentum.

Listen to their latest collabo with Krg The Don dubbed Mathogothanio below.