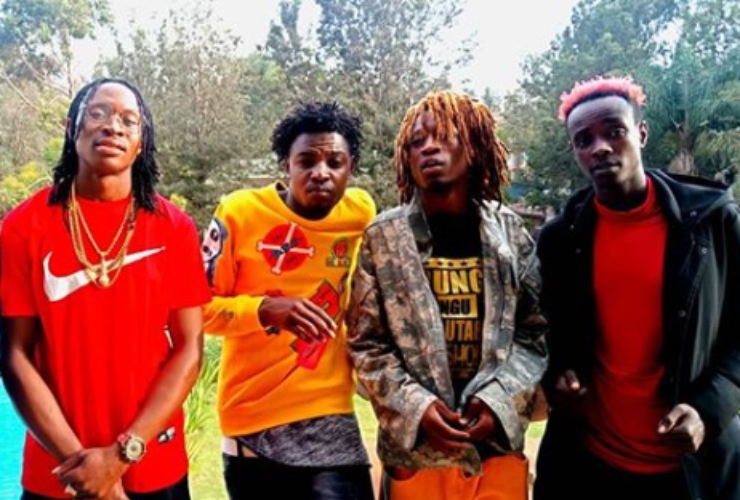 Ex Ray, who is one half of Rieng hitmakers Boondocks Gang, has a new jam alongside Kawangware Kings and we are so in love with it. Like, really!

The song titled Raru, which is a Sheng’ word that means ‘tear apart’, has been receiving a lot of airplay on local radio and TV stations since it was released.

Although, it was my first time listening to a jam Kawangware Kings, a group that is made up of Lyn Clint and Kennah Craizy, I wasn’t disappointed at all. Actually, I felt  bad that I discovered them late.

I was particularly impressed with Lyn Clint’s flow. The chap really nailed it in this song and he’s the reason I went to look for other songs by the group, shock on me when I discovered that the have been around for a minute.

As expected, Ex Ray also nailed it. His verse on this jam was too lit. There’s also something about his voice that you’ll immediately know it’s him on a song, even without a video.

The beat for this jam is also on point. As you listen to it, you can visualize people busting moves to it and that’s not a bad thing or is it?

Watch Raru below and tell us what you think.