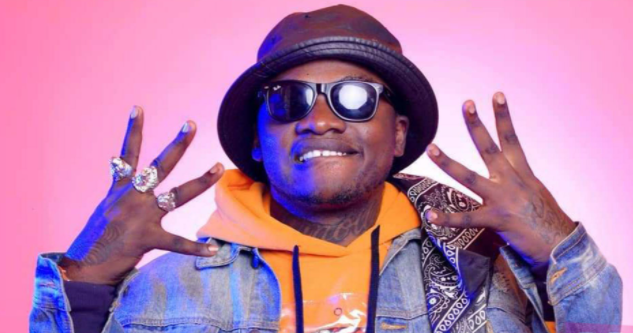 The ongoing debate on performance of Kenyan artists and curtain raising claims is yet to be resolved. Comedian Eric Omondi has been the pioneer of all this discussion after igniting the debate during an exclusive interview on Jalang’o TV several days ago.

Different local artists have shown resentment after claims of curtain raising for other International artists (especially Nigerians) in their own country. Well, this isn’t my type of ‘tea’; but the debate has touched a good number of musicians- with some losing their cool and ranting online while sharing their sentiments. We can’t remain oblivious over the fact that Nigerians and Tanzanians are performing quite well as compared to us.

Bearing that in mind, curtain raising has been a paramount discussion; and Kenyan rapper Khaligraph Jones has responded to the issue; stating that it doesn’t bother him that much performing before other artists. As a matter of fact, he says that it’s preferable for him to perform first.

”Mi sijui curtain raising inamaanishanga nini. Me as long as you pay me my money and you allocate time for me to perform, it doesn’t matter if you want to put me first or you want to put me last. What matters is, the money is intact, unaona? So mambo ya curtain raising mi huanga sijawai understand. Kama umelipwa doh yako, ata ukiekwa mbele yake, it doesn’t matter… That’s all that matters according to me.”

Khaligraph Jones continued to add that, on his side, he has never been mis-handled while performing in tandem with other International artists.

What’s your take on the curtain raising claims?