Kenya’s most renowned music mogul and business man Business mogul Joe Kariuki, seems to be making major wins for himself! 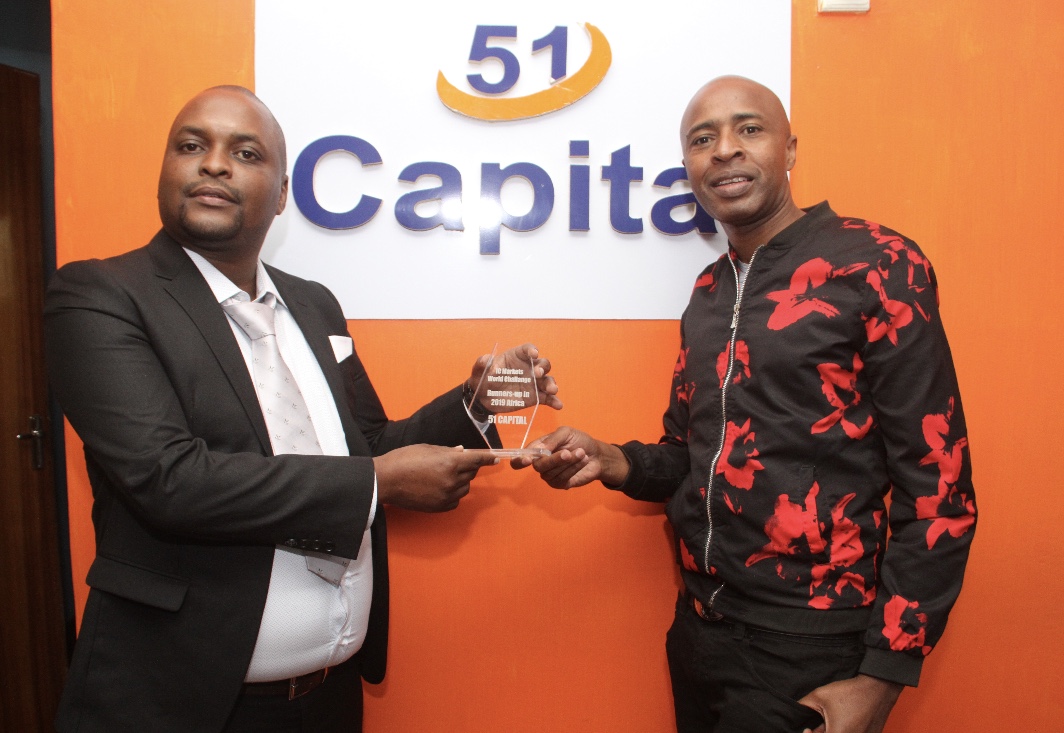 This past weekend the City tycoon’s company 51 Capital – which is an online forex trading, was nominated as the Second Best Forex trader in Africa for the year 2019.

This major win comes just a few months after being released from prison in Tanzania. According to reports Joe Kariuki spent close to two years in incarceration following his arrest on alleged money laundering accusations. He was, however, found innocent after a successful appeal and released in July this year – only to get back and show people what he was made of.

Being a non-deposit taking and smart loan company that trades in forex and 51 Capital gives soft loans to people with no credit history.

Speaking to the press, the Candy N candy Records chief executive urged the youth to take up forex trading as an income-generating activity instead of waiting for promised jobs that take a lifetime to come or never materializes at all.

Joe Kariuki with his award

He said unlike other investment opportunities, forex trading has fewer risks.

“I am happy to be awarded this award. It comes at a period when we have restlessness because of unemployment, especially among the youth. I feel forex trading is still an unexplored sector that young people can venture in since a majority of them are tech-savvy. Armed with only a laptop and Sh10,000, they can easily start the online trading,”

Peter Gicheru, a partner director at 51 Capital, said the company has already initiated 70 trainees for a continental challenge, where the best 10 would be selected and given Sh1 million as seed money to start trading.

“Before they get into trading, we trained and mentored them so that they become knowledgeable on various issues such as knowing the market trends,”