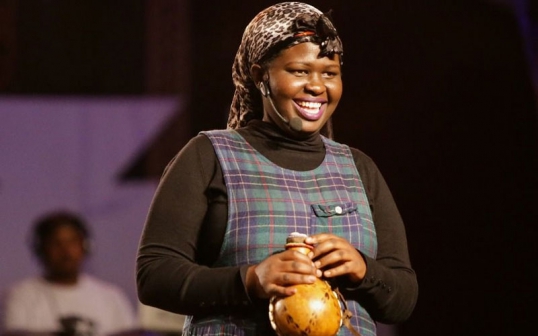 Comedian Jemutai has been missing in action for a while now; but after her latest Tweet where she introduced her mother and months old daughter – we now know why the lady has been laying low.

Turns out that the female comedian welcomed a baby girl a few months ago and unlike other celebrities; the new Mum in town chose to keep her family off her social media until just recently!

Also read: “I auditioned for 10 months straight without any success” Churchill Show’s Jemutai narrates her struggles 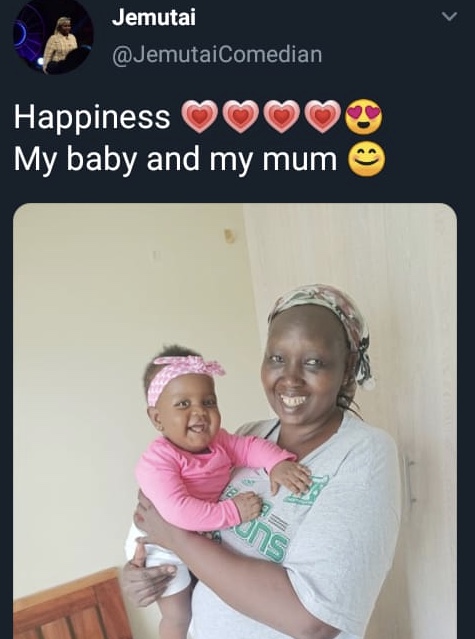 Well, although the female comedian prefers keeping her private life on the low; we do understand that she is a married woman and as far as her husband is concerned, he is making her one happy woman!

On most of her comedy show, the lady has often spoken nice things about her Kalenjin husband; however Jemutai seems to be taking her time when it comes to introducing her husband to her online family! 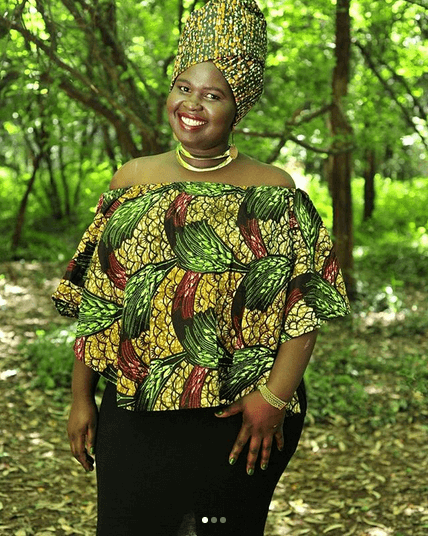 Being a female comedian has however not been easy especially in a male dominated industry. However, since she bagan her journey on Churchill show, she has won herself quite a number of fans who love and support her.

So far she is known for her Kale accent and her love for over sized clothes which give her thee village girl look. Being a woman with hilarious jokes, has however had its challenges but; Jemutai must be glad as she now tops as one of the best female comedians in the country.