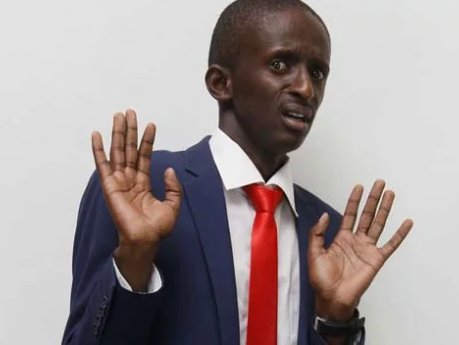 It’s rare to see fans clashing with comedian Njugush on his Instagram page but last weekend, the comedian was forced to make a public a apology after a joke backfired.

The witty comedian who lives off social media jokes, annoyed a section of his fans after posting a clip that many believed promotes rape. And you know how social media responds to such clips.

Fans attacked the comedian forcing him to delete the viral clip and make an apology for the video. The clip, which he shot with his wife as usual, has the comedian jokingly complaining to his wife that they need to go home together after he spent so much money on her after an outing.

@__njeri__ Njugush’ video post wasn’t necessary. Those are the ones you record & delete maze. The fact that he had said “if you not okay with it,pole” could have just made him think twice

@alewazza254 Njugush’s video was actually ill-informed, meaning he doesn’t quite get how sensitive the issue of consent is…my problem is with the double standards from a section of KOT calling him out, you see the kind of shit they post/rt/do and think to yourself “huyu hawezi nishow any”

@kerry_komar At one point we all do mistakes!! It’s very much acceptable. Njugush has done a lot of things positively, he as been continuously cracking our ribs everyday. We thank you Don’t hate him but lets correct him in a right way Hope @BlessedNjugush will collect himself.