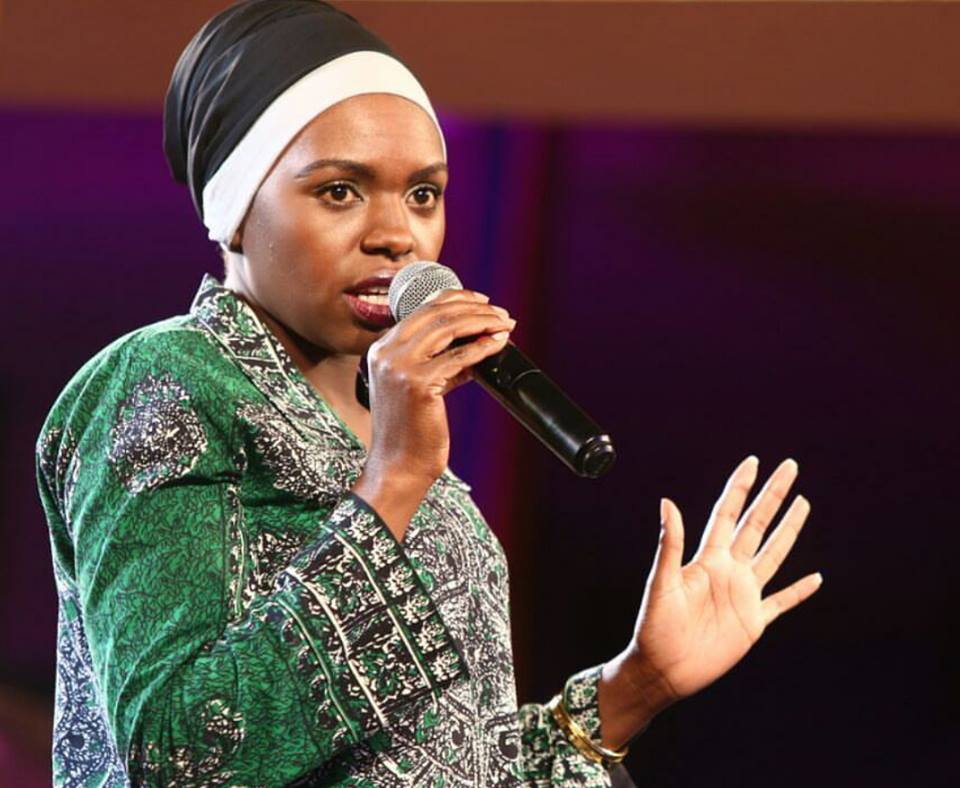 Comedian Zeddy has found herself in trouble after her online rant; that saw her expose some of the Churchill show officials last week.

According to Zeddy, one Victor Ber is the main reason most comedians have been dying in poverty. The lass exposed Victor Ber for firing some of the new faces that brought laughter on the show; replacing them with those that obeyed and followed his rules.

With such accusations especially with a dead person involved; many Kenyans joined in to bash the corrupt management running the Churchill show hoping to bring change.

With her stories making rounds on social media and almost all Kenyan blogs; Zeddy indeed did stop reggae as everyone flocked her page to get informed as the female comedian left no stone unturned!

However little did she know that the posts would lead to her being summoned by the DCI for apparently cyber bullying and computer misuse.

Through her Instagram page the mother of 2 shared a screenshot showing the message received from the DCI which read;

Good morning? I am Philip of dci central Nairobi. I am investigating a case of computer misuse and cyber crime act. Kindly avail yourself at DCI central Nairobi for statement recording on Monday 6th June 2020. 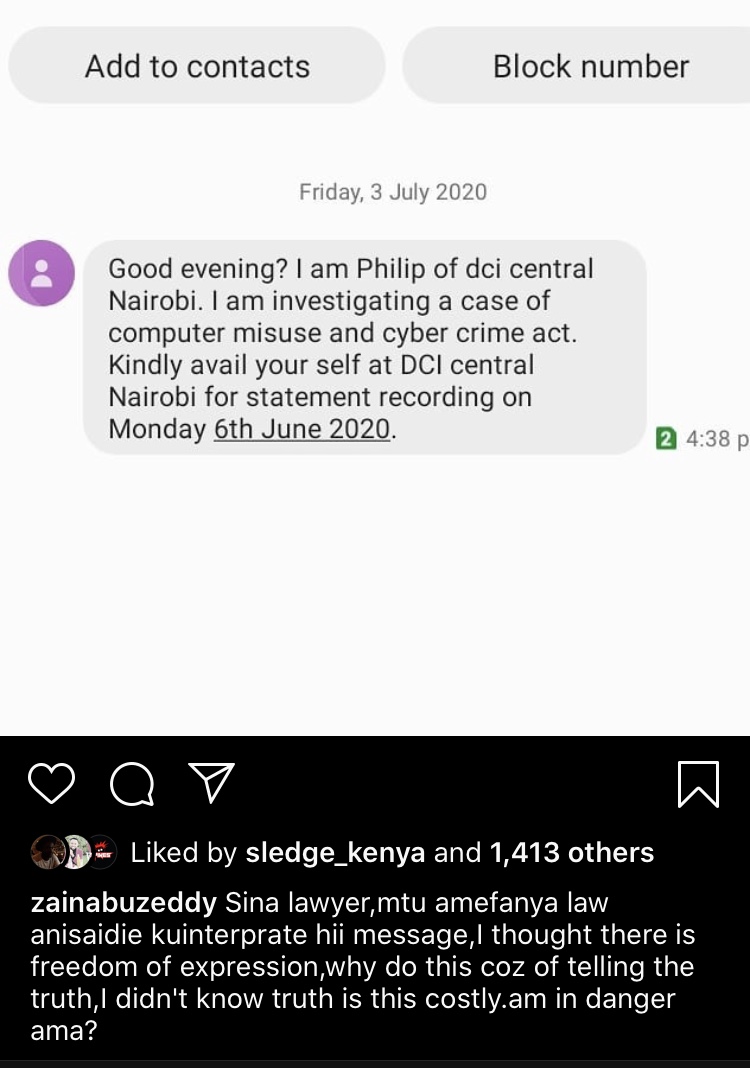 To which Zeddy went on to reply through a caption where she asked any lawyer to step in and help her  since she did not understand what the DCI message meant.

For a minute, she finally got to understand that money and connections run Kenya; and since she is still new to this, she may need to make powerful friends in future!

Sina lawyer, mtu amefanya law anisaidie kuinterprate hii message. I though there was freedom of expression. Why do this coz of telling the truth, I didn’t know truth is this costly. Am in danger ama?