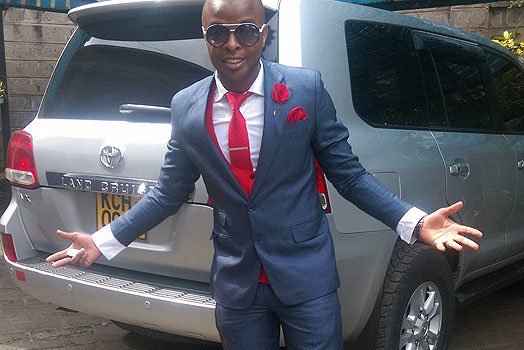 Brother Apoko takes to his Instagram page to alert and inform the public of the robbery that went down at his Runda home.

This comes in after he shared multiple videos and photos of his amassed wealth, right from flashy cars to the inside of his house.

Additionally, he exclusively cites that he was out taking down a cup of coffee with former secular artist, Jaguar, at the time.

Dogs drugged and watchmen tied up is what the artist came to in the evening, at his home.

Delicate documents, bundles of cash and a safety box were among the valuables the artist has lost.

Further on, he reveals that the sum of money he has been robbed is up to 1-2 Million Kenyan shillings.

According to the singer, the money was to fend the Turkana hunger victims.

However, the men in blue are well aware.

This thing has been choreographed by close friends.

It could not have happened from a stranger.

Earlier on, he welcomed all who would wish to visit him, at his home.

Further, even stating he would send any visitor his pin location.

Just 4 days ago, he flaunts his cars, asking fans to help him decide which ride he should take, including a bicycle:

Ringtone is known for his unceasing backlash against fellow gospel artists: Willy Paul and Bahati, let alone the WCB artists from Tanzania.

He has been urged time and again to remain humble and keep his criticisms to himself since they don´t make any sense.

However, the plea seems to have fallen on deaf ears.

Brother Apoko continuously splashes social media with all kinds of threats and backlash at fellow artists.

A ´1 Million award´ is up for grabs for whoever succeeds to catch the culprits.