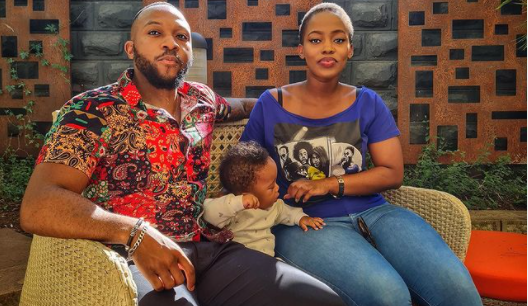 Curcy socialite and advocate of the The High Court Corazon Kwamboka was officially off the ‘streets’ on Saturday, August 31; after Frankie proposed to her while they were on vacation together. This was just some icing on the cake as they later showed off Corazon’s protruding belly; suggesting she was pregnant for the 2nd time. Frankie’s proposal was gladly accepted by Corazon, who had been waiting for that moment. 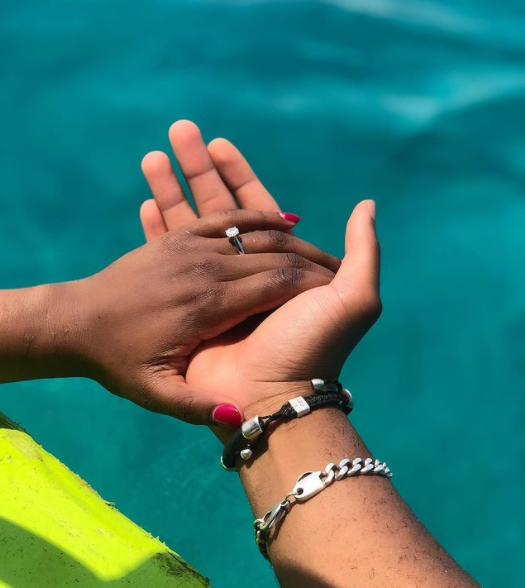 Even though the two lovebirds have a son together (Taiyari), they live separately. Weird, right?

Well, this is not peculiar to them as they have been doing it for years. This was revealed by Frankie before their vacation;

“Corazon loves her space. She would rather be in her house than anywhere else. Even when she’s at my house, she’s always complaining”

That wasn’t all. He explained that Corazon’s house is their primary place despite them having their own houses.

“We’ve just decided that her house becomes the primary house. But I still have my place.”

According to Corazon, it’s not yet time to move in with Frankie. She claims that she’ll only do it when they get married.

She divulged this in an Instagram Q&A with her fans; 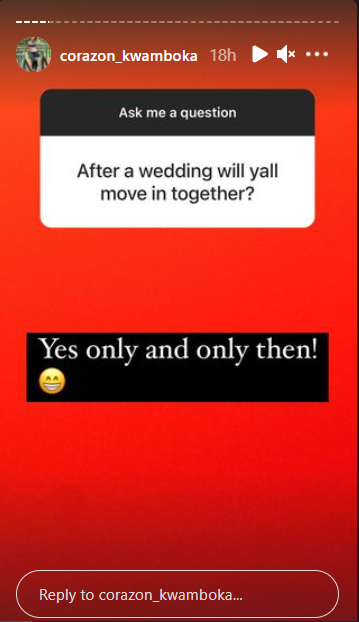 Seems like Frankie should expedite the wedding soon enough.