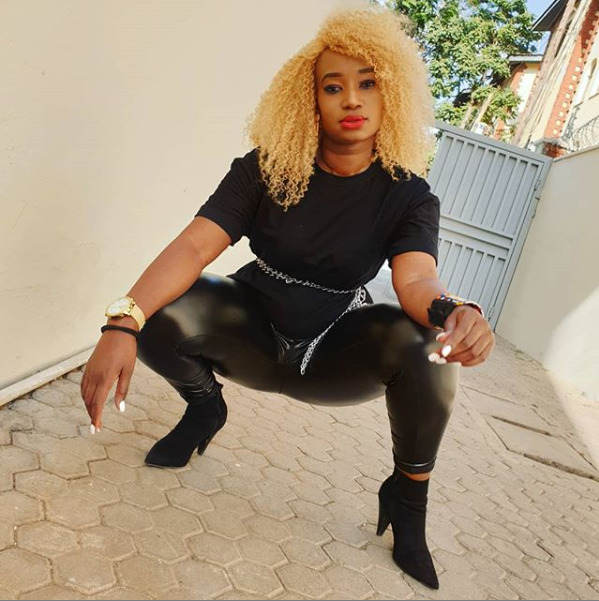 Kenya’s popular ‘night nurse’ Talia Oyando started off like every other University graduate who has to hustle and bustle before they get steady in life.

In an exclusive interview on Friday, the 13th of September, the Citizen TV presenter disclosed details of her captivating life story back when she was an intern.

Soon after campus, she did her internship at NTV but the 3 months lapsed so fast.

So the radio personality decided to take the high road and sneak back into the radio studios. Especially for those who might not have taken note of her lapsed internship days.

Up and close on the ‘Daybreak’ show, she tells of how the guards first, had no idea her 3-month internship is over. Therefore offering them snacks and proceeding in.

Everyday I could not wait to get to work. I wasn’t getting paid but I was excited. So my internship ended after three months but I didn’t see how I was going to just sit at home. Since I had been friends with the guards and you know getting into the building was a problem, I’d buy mandazis and walk in like I’m still working there, but I’m not.

And after successfully going through all checks, Talia would then sneak into the radio studios and carry on hoping that she would attract no trouble.

She slowly took over the morning ‘Top 10 till 10’ show. A show she cites did not have a consistent presenter, sometimes going presenter-free.

On board the Zion Express @onelovectv x #OneLove x #NightNurse

So days went by and since so far, so good, Talia decided to put up the mic and do her show which went on for roughly 2-3 weeks.

It gets interesting after no trouble caused. But one day she randomly met her boss, who noted she had been doing her shows quietly.

One time I walked into the studio, put up the mic and started doing the show like I owned the station. I did it for like two or three weeks and thought ‘these guys are not saying anything so let me keep doing it.

Day 2/30 – Me when I realised I dont need Abs. Junk in trunk is good enough lol today I have done zero nothings in this gym @ambrosemuga just looked at me #bootyshortsinjune #fitlife

To her surprise, she was not aware that anyone was paying attention, let alone her boss.

But a plus for her as her boss recognized her efforts and good work that eventually bore fruits.

One time I’m walking in the corridors and I met my then boss, Bob Kioko, and he said, ‘don’t think I don’t hear what you’re doing on the radio, you sound really good.

NTV finally hired her and had the show to herself with a monthly pay of Ksh 6,000.

You guy, that dendai #NightNurse

Since then, it has been a climbing ladder for her. Currently, Talia hosts Homeboyz radio morning show ‘The Juice’.

Additionally being the presenter on ‘One Love’ reggae show on Citizen TV.

Interesting it indeed is!

“ I love radio… I remember after my 3-month internship period came to an end at a local radio station, I did not want to leave. I kept buying mandazi for the guards to let me in hoping they did not know that my time there had run out…” ~ Tallia Oyando#DayBreak pic.twitter.com/rE0ugmu9GP