‘Hallelujah’ was uploaded on YouTube late Thursday September 28th, and 24 hours later it had already garnered 2 million views and was trending 1st in Tanzania, 4th in Kenya and 10th in Uganda (On YouTube trends). 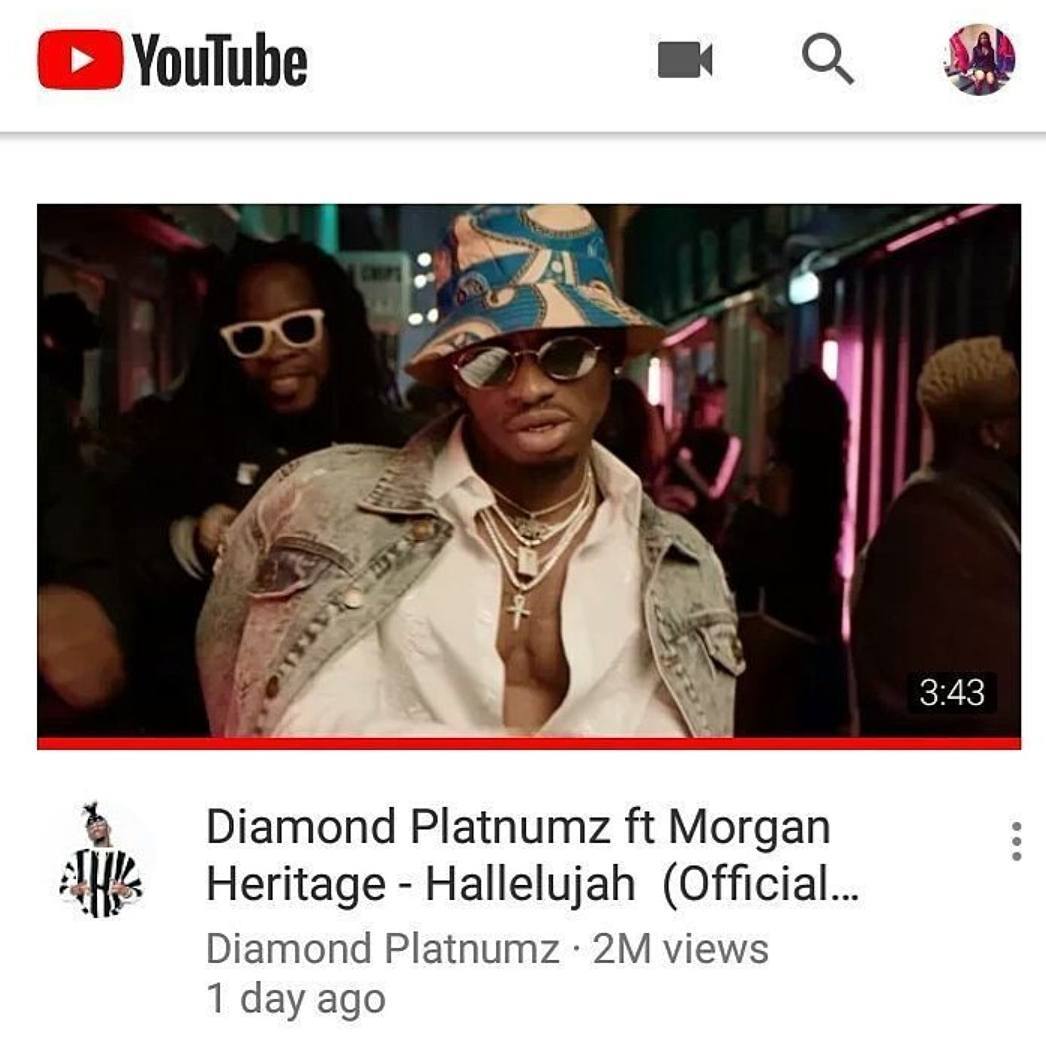 “2 Million Views within a Day…. words can’t express how grateful i am….I appreciate so Much ? #Hallelujah” Diamond thanked his fans for the support.

The Tanzanian singer also revealed why other artistes have been unable to match his success in music. Diamond explained that East African music was experiencing stunted growth because artistes were hesitant to try new things in music.

Diamond stated that if artistes tried everything and anything then they are bound to succeed in penetrating the international music industry.

As in Diamond is basically trying everything and anything, and he doing an incredibly job to make a mark on international scene.

Watch ‘Hallelujah’ in the video below: