Diamond storms the stage and takes charge of the crowd during his concert in Berlin, Germany [videos] 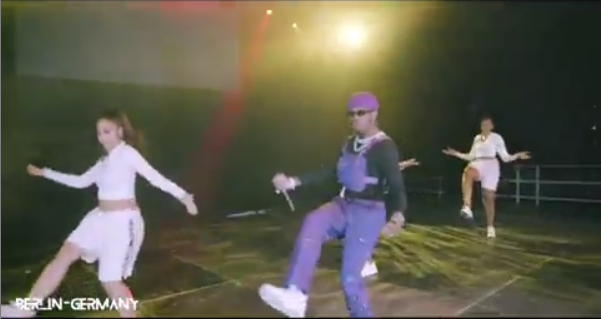 Diamond is a busy guy and while people are busy trolling him for missing Harmonize’s wedding, he was busy making killer performances in Berlin, Germany.

The Wasafi President was on Saturday in Germany’s capital, Berlin where he set fans on fire with his popular Bongo anthems.

Soon after landing in Berlin, he was cordially received by netizens whose love for him was overwhelming.

In East Africa, Simba is acknowledged as the best live performer across the region and he confirmed the same while in Germany. 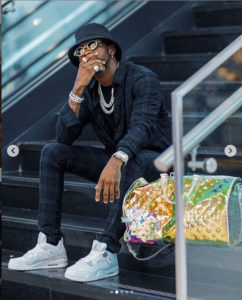 However, this time he turned up in Berlin with a stage of all-female dancers, unlike his norm of tagging along his male dancers the likes of Mosey Yebo.

Female dancers who did not spare the crowd of their vigorous dance moves especially when it came to his ‘Tetema’ hit song. 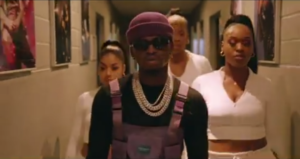 Diamond Platnumz and his female dancers before staging his performance in Berlin, Germany

Seems the International market has readily accepted East African music especially bongo, as fans could be heard singing along to the Diamond’s bongo lyrics.

He even paused for a while and all we can hear is loud cheers from the crowd. It sure is interesting to have seen all this unfold.

But that’s not all. Diamond walked away in tears, not because he did not measure up, but because the love was just too massive for his eyes to hold back the tears.

Through social media, he cried out:

And in another of his videos, Mama Dangote comments:

The mega show went down at the prestigious Columbiahalle, Berlin with a turn up of 1,000 plus people at the event.

He sure kept his promise to Germany netizens after earlier on pledging to make Berlin feel African music.

An event organized by African-owned company, NeXus Entertainment & Events, one that proved it is more than capable of organizing such a mega event.

Fans both in attendance and those back home, could only laud him louder for his energy and commitment airing:

I don’t regret coming to your show it was 🔥🔥🔥