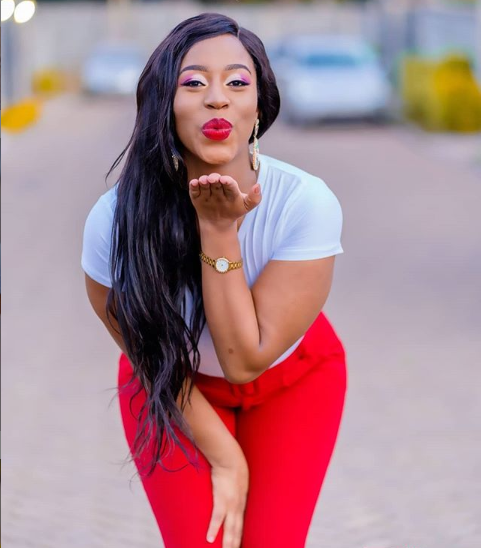 There is just something about fame and money that triggers interest from masses but could end up in harm that can never heal.

Diana Marua stepped into the fiery flames of celebrity life after sparking a relationship with hubby, Bahati.

So now, she has not been sparred by fans who keep launching attack after another. Some so petty, you wonder why.

A Thousand Times I have failed Yet God has stood with me and Never Held Anything Against Me! Who is God?! I Am Grateful 💃

The current push and pull between Diana and fans is Bahati’s dressing code.

According to a sections of fans, Bahati dresses like a ‘boy’ and not like the father of 5 he actually is.

Therefore, the assumption is that Diana needs to work on dressing her hubby to look like a husband and father, not a bachelor.

Sharing a photo of Baba Majesty, Diana could not hide the untamed affection she has for Bahati but instead, feedback was all negative vibes.

Dressed in a green sweater and a pair of white trousers, Bahati posed with the his chest slightly showing and a couple of notable accessories.

An appearance that might have sent the wrong message to fans who think he should level up to a bit of a ‘manly’ kind of dressing.

Hardly did the fan know, this was the day Diana’s moods had hit rooftop and her quick response was:

Well, seems she nailed it after her comment section had fans impressed with her showstopping comebacks.

And all fans did was applaud her move because it is definitely the high time, people mind their own bizz. Right?