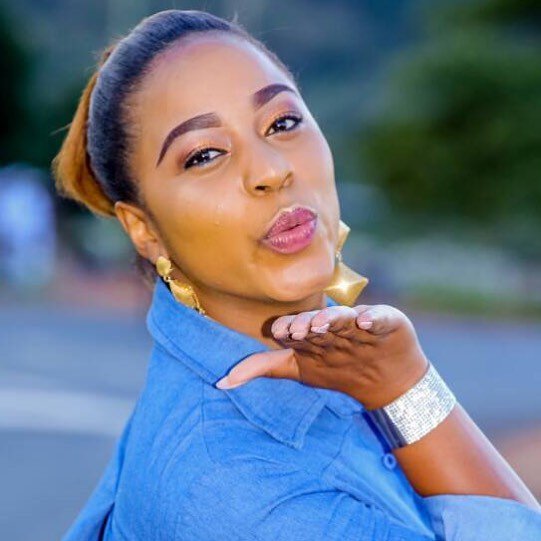 Diana Marua is undeniably hot. She might be older than Bahati, but at least the lass has managed to get herself a home which she now calls hers!

With the pandemic locking people indoors, Bahati and his family seem to have taken a mini vacation someone in Kenya; and judging from the photos shared online, it’s evident that this family is living the life.

While at it, Marua also decided to play mind games by showing fans what she keeps underneath all those jumpsuits and trousers she likes wearing. The mother of two not only showed off her snatched body, 8 months after welcoming baby Majesty; but also showed off her long legs leaving many thirsting. 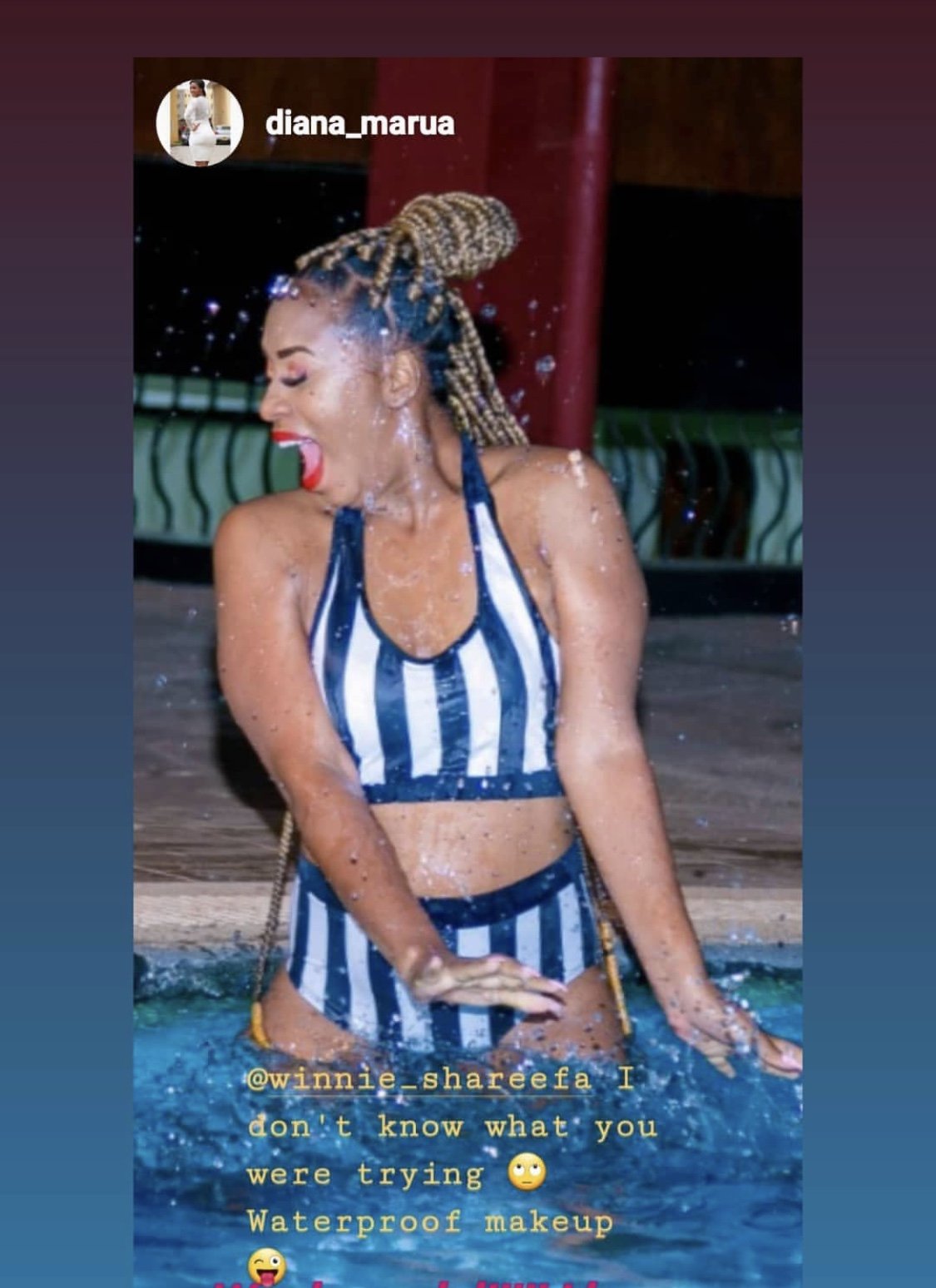 Distraction for the gram?

About a week ago DJ Mo and his wife announced about their new reality show set to sit on NTV; and from the rest of the caption IG was easy to tell that something was rather off. DJ Mo called out an unnamed persons for bullying him and his family using a pseudo account.

Keep going until they create pseudo accounts to fight you – but their days are numbered . …. wajanja wameelewa….This industry is small ,Don’t compete ..Complement 😂😂😂😂😂😂 @size8reborn
#themurayas #dinewiththemurayas

Since even Bahati’s reality show airs on NTV, fans couldn’t help but conclude that something  fishy was going on with these two families. 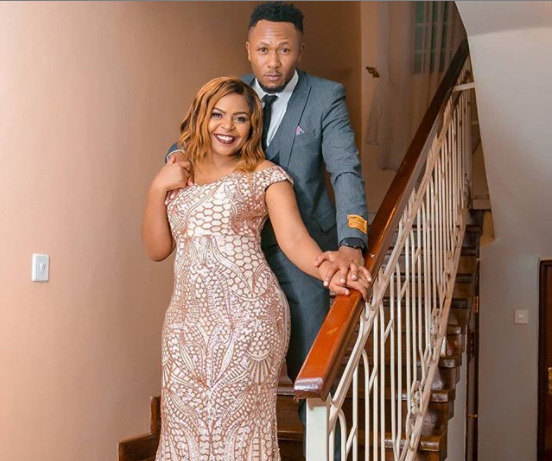 Anyway, after the first episode aired, it appears that people received it well; making it the new talk in town. And of course it also meant that everything else goes unnoticed.

However, thanks to the new photo of Diana wearing booty short and crop top; all team mafisi members switched their attention to her and boy does she look fine.

Looking at the photo, it’s quite hard to tell whether Diana Marua is already a mum or not. She has curves and a body many women wish for; but truth is, she definitely knows how to keep her man entertained! Check out the photo below. 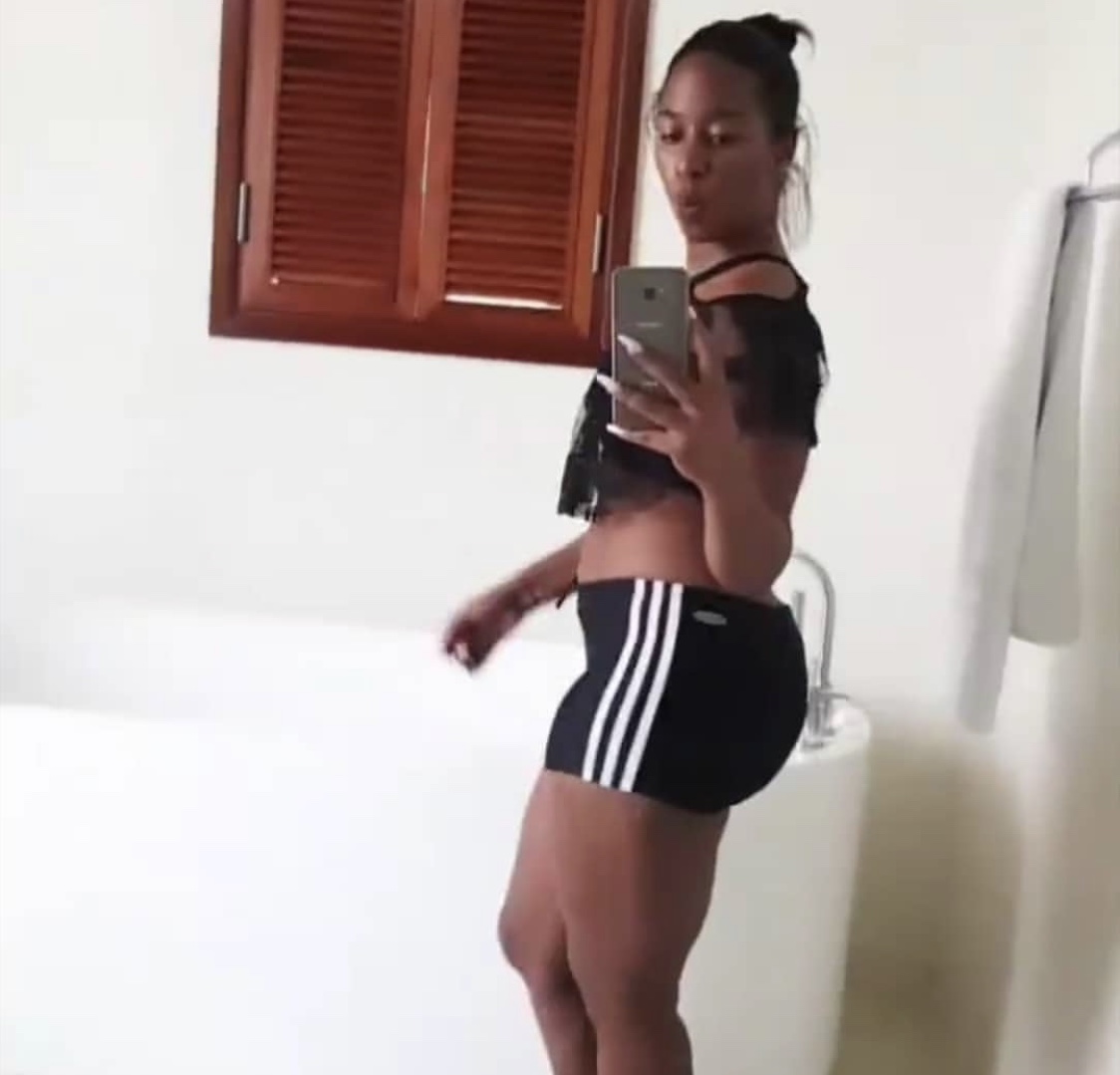