Don’t come back! How fans literally fired Willis Raburu from his own night show 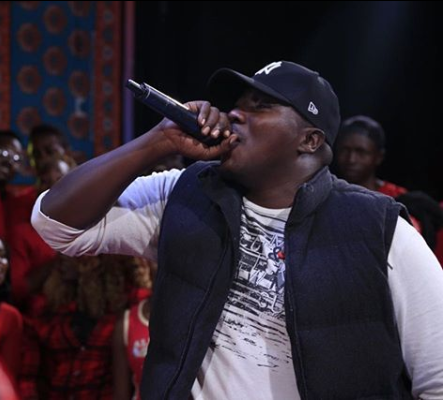 Citizen TV’s “10 0ver 10” is one exclusive show that is mainly hosted by Willis Raburu during the night hour but fans have rejected him.

This is after the last show where he was absent, with the popular night nurse, Tallia Oyando and Patrick Igunzah taking over.

So just like the norm, every Saturday after the 9 PM news, fans had already made an audience. Eagerly waiting for the guest of the night only for it to be double-tragedy.

First, yes, there would be a new guest but so were the show hosts of the night.

A mainly youth-dominated show, that has received backlash time and again for allegedly diminishing ‘morals’ of the young generation, still has it’s flames burning hot.

With masks on their face, the two show hosts were set for the moment of revelation, with a warm welcome hitting at their doorsteps.

Unfortunately, this wasn’t to the advantage of the guy missing in action, Willis Raburu.

Fans blatantly declare he ought to stick to news and leave this game for those who know how to play it best.

Fans are now calling for change after Tallia and her co-host, Patrick nailed it like they were experts at it.

According to them, Raburu should just concentrate on news anchoring purely.

What Monday blues??? I’m going to eat who want to join me I drop pin? #NightNurse

#10over10 with @patrickigunzah Iko more fires

#10over10 seeing some new energy….is a new dawn for this great show pic.twitter.com/8nhfp1WeYS